Jonathan Kuttab is a leading human rights lawyer. After a graduating with his JD from Virginia Law School, and practicing a couple of years on Wall Street, Jonathan returned home to Palestine.

In 1979, he cofounded Al Haq, the first international human rights legal organization in Palestine. Later he co-founded the Palestinian Center for the Study of Non-Violence (now Nonviolence International) and also founded the Mandela Institute for Prisoners.

Jonathan is a Palestinian Christian, who is past chair of the Bethlehem Bible College serves on the board of the Sabeel Ecumenical Theology Center in Jerusalem and is a leader in the establishment of Christ at the Checkpoint conference. Jonathan was part of the 1994 legal team for the Cairo agreement that resulted in the Oslo II Accord.

Jonathan was visiting scholar at Osgoode Law School at York University in Toronto in the Fall of 2017, and is a founding director of Just Peace Advocates Mouvement pour une Paix Juste, a Canadian based international law human rights not-for-profit. 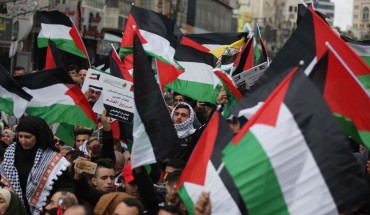