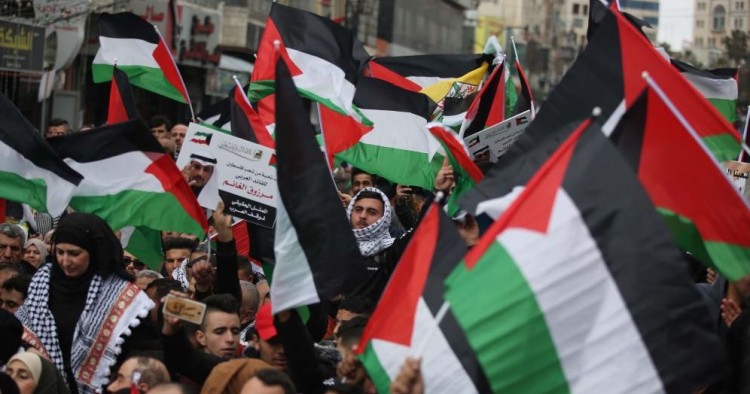 The announcement of Donald Trump’s “deal of the century” was a rude shock, roundly condemned by almost everyone concerned with peace and justice between Israelis and Palestinians. But it also presents an urgent challenge for all those who reject it because they realize the dire implications of what it portends for the future of any peaceful negotiated solution. It unmistakably marks the death of the two-state solution and presents a vision of how Israel would like to live with a permanent grip over the entire territory and the lives of all Palestinians currently under its control.

If a genuine two-state solution is truly dead, and an equitable one-state solution is even harder to achieve, then where does that leave us? What is, or should be, the agenda for the foreseeable future for those concerned with the Israeli-Palestinian issue.

For Israel and its ardent supporters: The occupation has gone on for far too long. The excuses for failing to make peace have grown very thin and are no longer believed, even by its own friends. For the foreseeable future, Israel holds all the cards and must alone determine how it wishes to play them. It can no longer claim it has “no partner for peace” as a pretext for not moving forward. It controls Palestinians, their lives, their movement, and even their leadership. It holds levers over all aspects of their lives, and acts as sovereign and owner of the entire land, unrestrained by anything (including international law, or the international community). It has successfully deflected all acts of resistance and all outside pressure. It still needs to determine, at least for its own purposes, where it wants to go, and what it should do. The collapse of the moves for Palestinian statehood (celebrated by some) forces the issue of: What then? Do we rule over Palestinians forever, as noncitizens? Can we accept in perpetuity that our Jewish state can only treat Palestinians as unequal in Israel; occupied in parts of the West Bank; totally besieged in Gaza; and permanently barred into exile in their diaspora? And if so, how do we Israelis plan to “manage” this situation as a permanent state of affairs? How can we best deal with another people that we rule, but in line with our own ideals? Palestinians are going nowhere, so how we deal with them (sans excuses) is part of who we are or have become.

For Palestinians: As hopes for a genuine independent state collapse, and the one-state solution appears even farther away, how do we struggle for our rights and dignity, and build for ourselves and our children a better future? Submission to the existing injustice is not an option. Can we find methods that are effective and goals that are achievable? Surely violence has not served us well and is not likely to succeed against such enemies, who are immeasurably more powerful, better armed and organized, and strategically and tactically dominant on the battlefield — and paranoid to boot. Nor can we expect salvation from either the Arab states, Europe, or the outside world, all of which are too consumed with their own problems and too heavily invested in their relationships with Israel to seriously challenge the status quo. What else can we, Palestinians, do? Can a more assertive and better planned and organized non-violent campaign of resistance serve us better?

For third parties who are concerned about peace and justice, and who perhaps care about both Israelis and Palestinians: Is there a path to actively supporting both and working for human rights and dignity in light of the overwhelmingly depressing political prognosis? Despairing of an “ultimate solution,” are there interim measures we can work for or support?

To all of the above, there are answers, options, and paths for action that may not lay out “the solution,” but can be worthwhile, effective steps in the right direction. Together, they provide a realistic alternative vision and political program to that being pursued by Trump and Benjamin Netanyahu. None of these steps are easy, cost free, or guaranteed to “solve” the problem, but each can be perused without either demanding or ruling out a particular political solution in the future. The parties, and particularly Israel, will not easily agree to any of them, and they still require a detailed workplan to bring them about, but these are interim goals, or campaigns we can work on in the meanwhile:

If Israel is going to insist, in the foreseeable future, on being in charge of Palestinian lives and affairs and on denying them genuine statehood, it must find a way to provide a minimum of normalcy by lifting the measures that subjugate them to arbitrary actions. It must give them a role in deciding their own affairs, in the West Bank (including Area C, which is currently outside the control of the Palestinian Authority) and Gaza, as well as in Israel. A large number of measures exist that are totally within Israel’s control, and can be undertaken unilaterally, with minimal impact on the broader security situation. Currently, existing military orders give Israeli officials full control over all aspects of life, including digging wells, building and land use in Areas C and B, and travel to and from the Palestinian areas. Israel can easily cede such controls without endangering its security. Such actions do not require Palestinian “agreement,” and they do not determine a particular ultimate political solution. Israel should seriously consider implementing them unilaterally rather than keeping them as “potential bargaining chips” in negotiations over a solution that does not appear on the horizon for the foreseeable future. These include:

It may be argued that all these suggestions would only beautify and prolong the occupation rather than remove it. My answer is that each and every one of these suggestions can be pursued without abandoning one’s own political beliefs or one’s own struggle for the ultimate political outcome. Yet they address the current intolerable situation that has been oppressing the local population for half a century while pretending to be temporary. The interminable debate about the “ultimate solution” should give way to concerted action on specific interim measures that all people of goodwill can agree upon.

Jonathan Kuttab is a leading human rights lawyer and a partner with Kuttab, Khoury, and Hanna Law Firm in East Jerusalem. The views expressed in this article are his own.