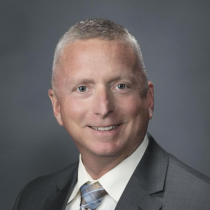 Brigadier General (BG) retired Joseph Rank received his commission into the Regular Army from Wheaton College in 1987. His first assignment was with the 1st Infantry Division in Fort Riley, Kansas as a Military Intelligence Officer. While with the “Big Red One” he served as a Ground Surveillance Radar Platoon Leader and Infantry Brigade Intelligence Officer deploying to Saudi Arabia, Kuwait and Iraq as part of OPERATION DESERT SHIELD/ STORM. Next, he was assigned to the National Security Agency (NSA) as a signals intelligence officer in support of operations in the Former Republic of Yugoslavia. BG Rank was subsequently assigned as a Middle East Foreign Area Officer (FAO). He was the first Middle East FAO to be promoted to general officer.

BG Rank’s overseas diplomatic postings include: The United Arab Emirates (UAE) as Senior Defense Official and Defense Attaché (SDO/DATT) (2015-2017); Jordan as SDO/DATT (2011-2014); Lebanon as SDO/DATT (2010-2011); Yemen as the Senior Defense Attaché (2004-2006). While serving in these U.S Embassies he was accredited to the host nations as the senior U.S. military officer representing the Secretary of Defense and was responsible for building partner capacity including execution of over $20 billion in U.S. equipment and training.

BG Rank’s education includes a B.A. in Ancient Languages from Wheaton College, 1987; an M.A. in Biblical Studies from Wheaton College, 1992; and an M.A. in Islamic Studies from the University of Virginia, 2001; an M.S. in National Security Strategy from the National War College; the Arabic and Hebrew Basic Courses; the Military Intelligence Officer Basic and Advanced Course.

BG Rank and his wife Paula Rank reside in the Kingdom of Saudi Arabia and works for Lockheed Martin as the Chief Executive in country.  In this capacity, he also serves on the Board of Trustees for Mohammed bin Salman College in Thuwal, Saudi Arabia. BG Rank also is a non-resident faculty member of the U.S. Army War College where he serves as a Highly Qualified Expert on the Middle East and as an Army Senior Mentor.

BG Rank hails from Wisconsin and is married to Paula Rank, a 1986 Wheaton graduate, who also resides in Saudi Arabia. Paula is an attorney, accountant, and published novelist.  They have two adult children - Jared an animator, and Isaac an attorney who is also a 2014 graduate of Wheaton College. 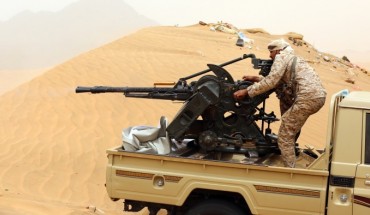 "Little Sparta" and the good problem of capable allies 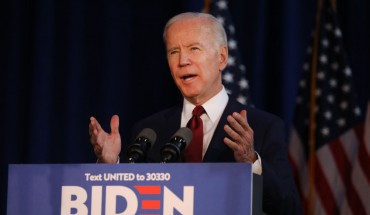