The 5G divide in the Middle East: Further disparity between the Gulf and its neighbors 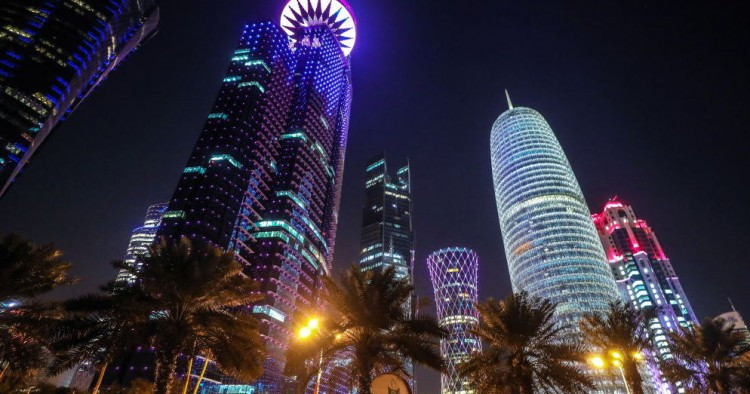 The 5G technology revolution is poised to change society irreversibly in the Middle East. The evolution of the Internet of Things (IoT) powered by 5G networks could prove life-enhancing. Already, the Gulf countries have led the way in adopting 5G technology in the region and the rollout of 5G showcases the Gulf’s new role as a leader in digital technology. Although the Gulf countries have made strides to be global tech leaders, their neighbors in the region seriously lag behind in their ability to adopt large-scale 5G technology. This disparity will further deepen the divides in development between the Gulf and the rest of the Middle East and North Africa (MENA). Looking to the future, the Gulf will surely pull ahead as the tech hub of the region, but there are still important benefits for the rest of the region to reap as they slowly adopt next-generation technology.

5G rollout in the Gulf

The Gulf countries have made adopting 5G technology a priority as part of their larger effort to transition from oil-dependency to knowledge-based service economies. They have enabled this transformation in an effort to provide better public services and economic diversification through technology advancement via overarching socio-economic “Vision” plans. These visions most prominently include the Gulf’s largest players –– Saudi Arabia’s “Vision 2030” and the UAE’s “Vision 2021." These visions and their 5G components were supposed to be revealed to the world at global events like Expo 2020 in Dubai and the 2022 World Cup in Qatar. Despite the Expo 2020 being postponed due to the COVID-19 pandemic, the Gulf has continued to deploy 5G technology. In some cases, regional providers have almost completed 5G coverage in some states. STC Kuwait claims to have achieved nationwide 5G coverage as of October 2019 and the UAE’s Telecommunications Regulatory Authority (TRA) is pushing for 80% of coverage across the Emirates, with a goal of total coverage by 2025.

Abu Dhabi has further invested in developing its 5G technologies, demonstrated in TRA and Huawei launching a 5G and IoT Open Lab in 2019 to develop technologies in the Emirates. The UAE has also adopted technological goals for broader integration of 5G technologies into its society and cities’ infrastructures, such as its “Smart Dubai” initiative to transform the city into a regional hub integrated with next-generation technology. The UAE’s “smart” transition includes the target of having autonomous vehicles reach 25% of all journeys in the Emirates by 2030. The transformation of modern cities to 5G integrated-”smart cities” is happening across the Gulf, as economic hubs in the region are transformed through ambitious tech investments.

In addition to the update of city digital infrastructure in regional hubs like Riyadh, Doha, and Dubai, the Gulf states have initiated projects to develop city-neighborhoods as high-tech hubs built on 5G technology. Examples of these ambitious projects are found throughout the GCC states on the outskirts of major city hubs and local port towns:

The priority of economic diversification in the Gulf states, as the future of petroleum becomes more and more uncertain, has manifested itself as heavy state-guided investment in 5G technologies for a future stake in the global digital economy. Not only does this initiative look to advance the economy, but also to alter society, as the initial investments in “smart cities” promise to transform life through 5G infrastructure in the region.

Where the region lags behind

The economic development-5G progression correlation is confirmed by its absence in the region outside of the GCC and Israel. Most non-GCC countries have only recently adopted 3G and 4G networks, driven by the proliferation of smartphones due to the demands of a growing middle class. As late as 2018, 3G became the region’s dominant mobile network. Egypt launched 4G LTE as late as 2017 and Iraq has largely only progressed to 3G outside of the Kurdish region. The dependency on earlier-generation technology in the region will hinder the expansion of 5G.

The potential for 5G technology is exemplified by the possibilities of an economy and society powered by the IoT. From powering self-driving cars to performing remote surgeries, the aggregation of IoT devices on a 5G network will help boost connectivity and enable a new range of services, devices, and platforms that are currently unavailable to society. The interdependent relationship between the IoT and 5G networks means there must be concurrent growth for both to be fully realized.

Without a larger national 5G network and an expansive IoT devices apparatus in less-developed MENA economies, 5G will be viewed as an expensive premium choice for smartphones to the average consumer in MENA outside the Gulf and Israel. It is estimated that MENA will have 50 million 5G connections and about 20 million of those connections will be in the less populated GCC states by 2025. Also, countries suffering from conflict — Libya, Syria, Yemen, and Iraq — will likely continue to use earlier 3G and 4G networks and struggle to find investment or capacity to develop a comprehensive, nation-wide 5G network due to poor infrastructure (given instability). Additionally, Iran is unlikely to launch a 5G service for now due to the U.S.-led international sanctions on the country, which limit its economic growth.

The development of 5G in MENA outside of the GCC and Israel will largely depend on economic development and improvements in the standard of living that would predicate demand. An end to the political turmoil in Libya, the Levant, and Iraq will be essential in bringing 5G technology to these regions. The rollout of 5G technology requires a stable state and competitive industries to develop the necessary infrastructure. The long-term benefits of 5G may seem far off in the distant future for most of the region, but even small-scale development could still be crucial for these economies.

The promises of a “parallel approach”

Broad 5G coverage and use would transform society and economies through high-speed connectivity and an expansive IoT network. The development of these technologies may be delayed for much of the region outside the Gulf, but a “parallel approach” to 5G could still provide benefits to the region in the short term. A parallel approach –– 5G components working simultaneously with older generation components –– could help increase internet speeds in older networks that are still being used in MENA countries, providing a catalyst for further economic development. In addition, the development of 5G networks along existing 3G and 4G networks can reach remote areas where digital connectivity was once not feasible physically or financially, as well as in bustling metropolises where the internet is slow. As countries in the region continue to develop, these early 5G efforts will support further development of next-generation technology and have an aggregate effect as infrastructure develops and more devices are added onto the digital networks of the region. The future of 5G in the foreseeable future is uneven in the MENA region, but next-generation technology will certainly have a profound impact throughout the Middle East.

Thomas LoCoco Blaubach is a Graduate Fellow with the Cyber Program at MEI and an MA Candidate at the University of Chicago’s Committee on International Relations. The opinions expressed in this piece are his own.