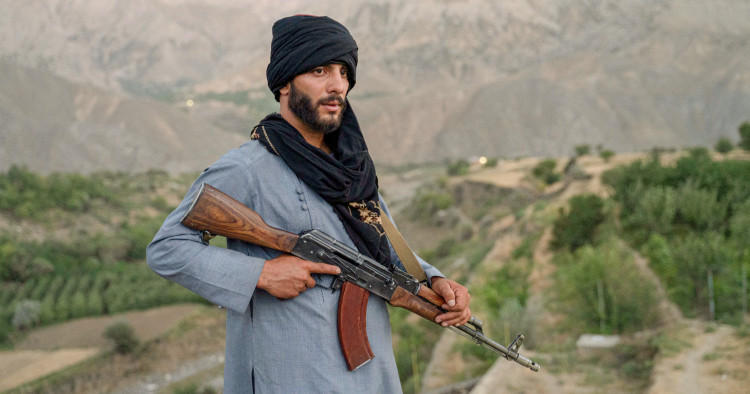 Despite the U.S. military withdrawal from Afghanistan almost a year ago, the July 31 drone strike against al-Qaeda leader Ayman al-Zawahiri in downtown Kabul demonstrated that the United States retains substantial intelligence capacity inside this war-torn country. Through a probable combination of remote monitoring and local human sources, the U.S. tracked Zawahiri for months and identified distinctive behavior — such as his tendency to regularly walk out onto his balcony — that made him vulnerable to attack. That the United States went ahead with the strike, the first in Afghanistan since the Taliban seized power in late August 2021, reflects the realization in Washington that the regime in Kabul will not become even a limited partner. Reversing some recent tentative efforts at engagement, the United States looks to double down on over-the-horizon strikes and other unilateral means to ensure its security interests in Afghanistan.

Besides deepening U.S.-Taliban tensions, the killing of Zawahiri will make the Taliban leadership even more paranoid about engaging with Washington and other foreign entities as well as fearful about its ability to control a population critical of its rule. Even prior to Zawahiri’s death, the last few months mostly underscored the Taliban’s global isolation. Relations with the United States and the other Western democracies will remain poor for the foreseeable future. Though China and Russia have accredited diplomats to Kabul, they also have kept their distance and, notably, declined to recognize the Taliban regime as the official government of Afghanistan. In contrast, ties with immediate neighbors remain in flux: the leaders of Iran, Pakistan, and Central Asia may have preferred a different regime in Kabul, but they now have no choice but to deal with the Taliban.

Western governments, along with the United Nations, have been torn between their desire to alleviate the sufferings of the Afghan people and their reluctance to legitimize a Taliban government that violates these people’s civil and human rights. In other words, they have strived to help Afghans but not their de facto government — a difficult needle to thread. For the past year, Washington and other Western capitals have provided humanitarian aid to Afghanistan primarily through U.N. agencies and other international organizations. The U.S. Treasury’s General License No. 20 included the most extensive waivers in history of humanitarian aid from sanctionable activity.

The anguish of the Afghan people is all too evident. The country experiences pervasive drought, disease, and food deficits. Taliban repression and capital controls have contributed to widespread human and financial flight. The country’s de facto system of dual power means that Taliban leaders, though generally lacking government experience or positions, in practice make key decisions. Government bodies try to execute them, but they are understaffed, undertrained, and underfunded. Managers of foreign non-governmental organizations (NGO) typically run programs from exile, relying on local staff, due to the many challenges of working in Afghanistan.

It is understandable that even a year after the Taliban retook control of Afghanistan, no foreign government has officially recognized the regime. The Taliban is not an attractive partner. Fundamentally, the group’s leadership is pursuing many of the same policies that it inflicted on Afghanistan from 1996 to 2001, when the Taliban first held power, expecting that the rest of the world will eventually have to accept it. Al-Zawahiri’s presence in downtown Kabul was yet another sign that the Taliban is unwilling to make concessions regarding its core beliefs for the sake of securing international recognition. The group’s dominant leadership faction has become increasingly intransigent regarding internal and international demands for socioeconomic reforms. The U.N. Assistance Mission in Afghanistan (UNAMA), which coordinates donor activities and runs a trust health fund, has obtained credible information about extra-judicial killings, arbitrary detentions and arrests, and mistreatment of members of the previous Afghan government.

Despite pledges made by Taliban representatives before they returned to power, Afghanistan has, as of March 23, 2022, again become the only country in the world that prevents girls from attending high school. U.N. High Commissioner for Human Rights Michelle Bachelet subsequently lamented that “what we are witnessing today in Afghanistan is the institutionalized, systematic oppression of women.” The Taliban’s actions undercut foreign calls for engagement with the group and led the World Bank to suspend its projects in Afghanistan. The number of employed females has been declining, while reported cases of forced and underage female marriages have been on the rise.

Commercial banks avoid Afghanistan due to the risk of running afoul of U.S. sanctions. The United Nations and foreign governments have injected almost $1 billion of currency into Afghanistan so far this year, but cash shortages persist. To deal with the collapse of the Afghan banking system and the local currency shortage, the U.N. recently launched a Humanitarian Exchange Facility (HEF) to trade dollars for Afghan currency while circumventing the Taliban regime. Unsurprisingly, the Taliban authorities are resisting its implementation. According to the U.N., the Taliban is also trying to direct humanitarian aid to preferred beneficiaries.

This past June’s 6.2-magnitude earthquake, Afghanistan’s largest in two decades, showcased the Taliban’s lack of well-equipped and experienced rapid-response teams for deployment in remote crisis areas. The defection of many of the previous regime’s pilots and their planes to neighboring countries, combined with the lack of U.S. parts and maintenance, has left Afghans with only a handful of functioning helicopters. The Taliban foreign ministry cynically tried to leverage the disaster to secure the removal of international sanctions, return of Afghan governmental reserves, and rendering of more international assistance. Yet Western governments declined to send their own crisis teams due to security concerns and the lack of recognition of Afghanistan’s government; though a few nearby states did provide some emergency personnel. NGOs have yet to find a bank or other payment mechanism that can reliably transfer large volumes of money to their Afghan-based operations from outside the country; they must use currency smugglers and other dubious instruments. They are understandably wary of the Taliban diverting relief resources to reward their fighters or for other inappropriate purposes.

The United States has tried to indirectly influence the Taliban by working through third countries — such as Qatar, Turkey, and the United Arab Emirates — that have greater weight with the movement. But the international community has yet to find a formula to transition from offering ad hoc emergency humanitarian aid to provisioning long-term development assistance that builds the foundation for a strong and prosperous Afghan civil society.

Meanwhile, the Islamic State-Khorasan Province (ISKP) continues to conduct periodic terrorist attacks throughout Afghanistan, including a late-April explosion in a Kabul mosque that killed dozens of people. The National Resistance Front of Afghanistan has also launched an insurgency against the Taliban based in the mountainous Panjshir Valley, north of Kabul. The Taliban have prevented these resistance groups from seizing much territory but so far proved unable to eliminate them.

Afghanistan’s cross-border relations with neighbors remain complex. Islamabad has criticized the Taliban for failing to block cross-border attacks by Afghan-based fighters of Tehreek-e-Taliban Pakistan, which aims to overthrow the Pakistani government. Moreover, Pakistan’s military has launched air strikes in neighboring Afghan provinces. Increasing contacts between India and Afghanistan are another source of Taliban-Pakistani tensions. At the same time, ISKP fighters have launched missiles into Tajikistan and Uzbekistan in an effort to undermine the Taliban’s claim to control Afghanistan’s borders and territory and to gain more recruits from Afghan and Central Asian extremists. Whereas the government of Tajikistan remains hostile to the Taliban and counts on long-standing partner Russia to support it, the government of Uzbekistan is eager to continue joint economic projects with Afghanistan regardless of its new regime. Despite protests by the former Afghan government and some women’s and human rights groups, Tashkent recently hosted a high-profile international conference, attended by some 30 countries along with Taliban representatives, to promote such connectivity. Now, the revelation that a Taliban regime is again harboring notorious terrorist leaders seeking the violent overthrow of neighboring governments will likely stall regional reconciliation.

Despite the manifold changes in their policies regarding so many other issues, as well as the transformation in the Eurasian security environment due to developments in Afghanistan and Ukraine, neither China nor Russia have substantially altered their policies toward Afghanistan. Divisions among the great powers have been evident in U.N. deliberations on Afghanistan. In contrast to Western governments, Russia and China have sought to focus UNAMA’s mandate on economic and humanitarian problems rather than gender issues, explicitly attribute these problems to foreign sanctions, and formally describe the Taliban as the country’s “de facto authorities.” Still, though Beijing and Moscow might want to upgrade their ties with the Taliban to advance their economic and security interests, they have declined to break with the international consensus against dealing with such an oppressive regime. They will likely continue to extend de facto but not de jure recognition given the “first-mover disadvantage” — neither Russia nor China nor any other foreign country wants to incur the opprobrium of being the first state to recognize the Taliban government.

Richard Weitz is senior fellow and director of the Center for Political-Military Analysis at Hudson Institute. The views expressed in this piece are his own.