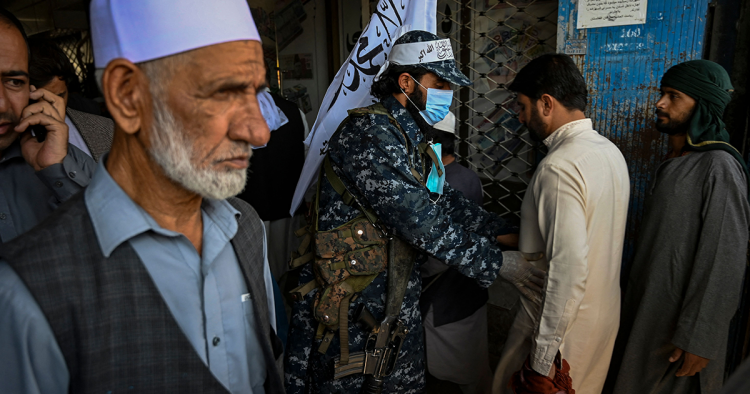 With the U.S. withdrawal from Afghanistan and the rapid victory of the Taliban, some observers have pronounced the commencement of a new Chinese-led regional order. China, they say, will sweep in and develop road and rail infrastructure to extract Afghanistan’s vast mineral and rare earth wealth and thereby emerge as the ultimate winner of America’s longest war. Such projections belie Afghanistan’s grim economic reality.

Afghanistan is Asia’s poorest country. It is landlocked and has little of an industrial base to speak of. Improving its connectivity with the region and operationalizing revenue-generating energy and minerals projects are actually essential for sustained economic growth and fiscal self-reliance. But these projects are unlikely to see progress in the short term for numerous reasons, including the tremendous political uncertainty after the change in regime.

Right now, Afghanistan is on the cusp of an economic collapse, not some Chinese investment bonanza. Its immediate challenges are existential. And until economic, political, and security conditions stabilize, and legal and regulatory frameworks for investments are in place, Afghanistan’s connectivity and mineral wealth dreams will remain just that.

The bubble has burst

Afghanistan’s economic outlook is dire. The United Nations Development Program warns that 97% of the population could fall below the poverty line by the middle of next year. Afghanistan’s poverty rate is already above 70%. And a third of the country is food insecure.

This economic crisis is not simply the result of state collapse. Afghanistan’s formal economy has seen little growth since 2014, when U.S. combat operations and associated war spending came to an end. From 2014 to 2019, Afghanistan averaged a GDP growth rate of 2.4% — a figure exceeded by the country’s population growth rate.

The structure of Afghanistan rentier’s economy is unsustainable. Under the previous regime, grants made up around 40% of GDP. The country runs a massive trade deficit, amounting to about 30% of GDP. It has required grant assistance to finance its trade deficit. And, at the moment, it’s unable to access its foreign exchange reserves.

Afghanistan is a net food and energy importer. Domestic milling capacity remains inadequate, so the country imports substantial amounts of wheat flour. Officially, the country’s top exports include raisins and pine nuts. In reality, its largest export is opiates. Ending the cultivation of poppy, as the Taliban have recently pledged to do, will be massively disruptive and jeopardize their support. The narcotics industry is a major provider of livelihoods, especially in southern Afghanistan.

While agriculture plays a big role in the Afghan economy — making up approximately a quarter of GDP and providing income for around 60% of households — Afghanistan is a recipient of significant food aid, totaling in the hundreds of millions of dollars annually. And these numbers will grow as drought, displacement, and the collapse of the previous government exacerbate food insecurity.

Afghanistan’s existential challenges will consume the bandwidth of its new government, whose own capacity to govern is unclear, though the Taliban do not come to power entirely inexperienced. They will also have non-aid sources of revenue. Many members of the new cabinet served during the previous era of Taliban rule. And, as an insurgency, the group has operated as a quasi-state.

Informed by extensive fieldwork, scholar Ashley Jackson notes that shadow governance by the Taliban insurgency was “largely parasitic, seeking to take credit for what others provide.” Graeme Smith and David Mansfield assess that the Taliban had already earned hundreds of millions of dollars annually by “taxing” international trade along Afghanistan’s borders.

The Taliban will now command a much larger share of tax revenue from Afghanistan’s border trade. But, as Vanda Felbab-Brown notes, those flows are contingent upon the goodwill of neighboring and regional states.

Humanitarian aid is also coming. While foreign governments have balked at recognition of the Taliban government, they seek to avert an all-out catastrophe and are making substantial pledges of humanitarian aid.

Nonetheless, the Taliban will struggle in bearing the burden of governing an entire country with a fast-growing population of nearly 40 million people. Transitioning from insurgency to government will involve choosing between gaining international legitimacy and jeopardizing internal cohesion and support from the population.

Much of the Taliban operates like a criminal syndicate, with significant involvement in the narcotics industry. Opiates and other forms of illicit trade are deeply embedded into the country’s broader political economy — partly because it lacks competitively-priced goods to formally trade.

While the Taliban face new cost-benefit calculi as a government, their choice of only senior Taliban figures for the “interim” cabinet — including Sirajuddin Haqqani as interior minister — indicates that their imminent priority is internal cohesion.

If the Taliban are intent on assuming some characteristics of a normative state, and if the group can overcome the current crisis, bring some degree of economic stability, and gain international recognition, then their next priorities should include developing a legitimate export base and sources of revenue for public expenditures.

Achieving this simply through agriculture is unlikely. Import substitution and diversifying cash crops remain vital, but it is difficult to see the country developing meaningful foreign exchange simply through low value-added agriculture.

However, connectivity projects and extractive industries have the potential to generate several billion dollars in annual revenue for the Afghan government as well as precious foreign exchange. These projects include the Turkmenistan-Afghanistan-Pakistan India (TAPI) gas pipeline, the CASA-1000 regional power project, the Hajigak iron ore and Mes Aynak copper mines, as well as substantive natural gas fields in the north.

Indeed, extractives and transit trade may be Afghanistan’s only path out of state failure. They also have the potential to catalyze regional growth. For example, we could see copper and iron transported out of Afghanistan to world markets via the upgraded railway network in Pakistan that has been proposed through the China-Pakistan Economic Corridor (CPEC). Before being shipped on to other markets through Pakistan’s ports, these materials could even be processed in some of the CPEC special economic zones.

But each of these projects faces its own set of challenges. Pakistan seeks to renegotiate both the TAPI and CASA-1000 purchasing arrangements. These projects have stretched out so long that their pricing is outdated. In the case of CASA-1000, its very utility is now questionable given Pakistan’s excess power supply. And, at the moment, the idea of building a new railway line in Afghanistan, connecting to regional networks, is closer to fantasy than reality.

The fate of these big-ticket projects was already uncertain under the previous regime. Now they face more fundamental challenges. It is unclear whether the Taliban will honor contracts from the previous regime and whether they have the capacity to negotiate or understand the implications of commercial contracts.

It is almost certain that shari’a will now serve as the only source of law in Afghanistan. The Taliban will also likely adapt or even discard Afghanistan’s commercial and civil code, and extractives laws and regulations, potentially leaving the country without a legal and regulatory framework for contracts, financing, and investments.

The absence of codified law will make it difficult for outsiders to navigate the business environment and understand their obligations, protections, and risk. Also unclear are the Taliban’s views, from an Islamic law perspective, on the rights and obligations of parties in concession agreements.

The Taliban will almost certainly avoid traditional interest-based loans from development banks. The issue is moot right now given that post-2001 infrastructure development has almost entirely been grant-funded and Afghanistan simply does not have the capacity to take on external debt. But, down the road, sukuk bonds and other Islamic financing instruments could come into play.

To reduce uncertainty, it may make sense for the new government in Kabul to develop and issue a statement of principles on foreign investment, concessions, and financing.

Afghanistan is also beset with sanctions and security risks. Most of its top officials are sanctioned by the United Nations as well as individual countries such as the United States. And foreign contractors, particularly Chinese nationals, could become targets of the local branch of the so-called Islamic State and Taliban splinter groups, given Beijing’s horrific treatment of Uyghur and other Turkic Muslims. To counter these security risks, the new government will have to tread carefully in its international partnerships and construct a modern security apparatus.

Simply put, the Taliban have a lot of work cut out for them.