Afghanistan: The US decides, but will Europe pay the bill? 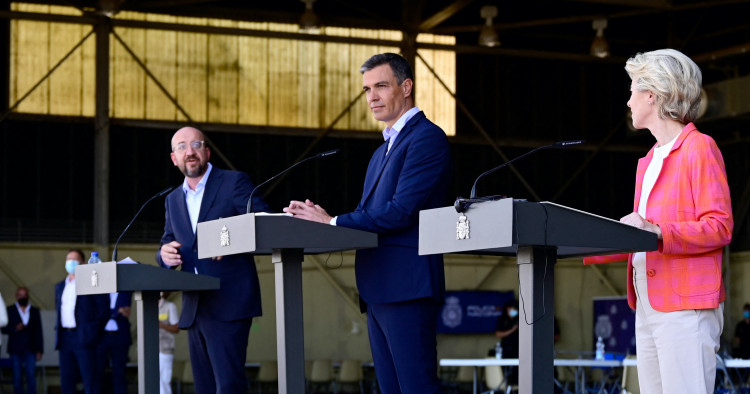 That the Taliban ended up taking over Afghanistan was not surprising, given the details of the agreement between the U.S. administration and the group’s leadership that have been known for many months. What was surprising for the international community, however, was the speed and manner of their takeover. The Taliban offensive and its consequences came as a particular shock to the institutions of the European Union (EU) and the member states that took part in the International Security Assistance Force (ISAF) mission and various aid programs in the country. When it comes to assessing the consequences of the Taliban’s takeover, there is no doubt that, first and foremost, it is the Afghan people that are most badly affected. Among the members of the international community, it is the Americans that have suffered the greatest reputational and financial losses so far, but from here on out the EU may well be the party that will face the greatest consequences.

The High Representative of the EU for Foreign Affairs and Security Policy Josep Borrell Fontelles addressed the ongoing Afghan crisis after an extraordinary videoconference of EU Foreign Ministers on Aug. 17. During the press conference he declared, “The priority is to ensure the evacuation in the best conditions of security of the European nationals still present in the country and, also, of the Afghan citizens who worked with us for more than 20 years, if they want to leave the country. We cannot abandon them and we will do — we are doing — everything we can in order to bring them and to offer them shelter in the European Union member states.” He then added, “We have to ensure that the new political situation created in Afghanistan by the return of the Taliban does not lead to a large-scale migratory movement towards Europe.” Borrell also suggested that the EU was ready to engage in a dialogue with the Taliban to prevent a humanitarian and migration disaster. Undoubtedly, such statements accurately reflect the EU's concerns and priorities regarding the Afghan crisis, and this is only the beginning.

Afghanistan plays a significant role in the EU’s strategy for Central Asia, although the document is not directly dedicated to it. The Taliban takeover will force the EU to modify its approach as Afghanistan may destabilize the broader regional environment. Even though the Taliban has seized control of nearly the entire country, that does not mean that there will be peace in Afghanistan — that much is already clear from the Aug. 26 terrorist attack at Kabul Airport. Over time opposition groups are likely to grow in power as well, supported, either directly or indirectly, by various external actors. Thus, even the normalization of the EU’s relations with the Taliban will not necessarily secure European interests in the region. So far, even though Afghanistan is unstable, it has not posed a great threat to the realization of European interests in this part of the world, as the crisis was confined within its borders. Now, however, that instability is increasingly likely to spill over into neighboring countries, including possible tensions with Iran or Tajikistan, despite assurances by the Taliban leadership of their peaceful intentions. Religion plays a significant role in Taliban policy and this could also lead to ideological confrontations with neighboring states.

Another challenge the EU will have to face is the resulting humanitarian and migration crisis. It will not only be members of Afghanistan’s former political and military elites seeking to leave the country. The very likely limitation of civil rights and freedoms will over time lead many Afghans to try to find a safe haven abroad. They will not be able to count on much help in the immediate vicinity, and for both practical and financial reasons the EU will become a natural choice for many. Within the region itself, for years now the EU has provided support for Afghan refugees staying in Iran. The cost of this aid will only rise going forward and Iran will not be able to accept more refugees. As a result, this issue could soon become an important element of Iran's relations with the EU, as has happened in the case of Turkey.

Respect for human rights and humanitarian aid are important elements of the EU’s foreign policy, and thus EU decision-makers are likely to help refugees in one way or another. However, this issue will inevitably lead to internal tensions, as the leaders of some member states will not want to comply with EU arrangements, as was the case following the 2015 migration crisis. The fate of Afghan refugees may therefore become politicized, influencing the further radicalization of the attitudes of many Europeans, and exploited by various actors to achieve short-term political goals.

The Russian Federation and Belarus are already taking advantage of the situation by transferring Afghan migrants to their borders with EU countries like Lithuania and Poland. In this way the Belarusian authorities are trying to put pressure on the EU to force it to lift its severe sanctions. This has resulted in, among other issues, an ongoing crisis on the Polish-Belarusian border. The Polish government, citing security considerations and the protection of the EU's external border, has refused to allow a group of Afghan refugees in the immediate vicinity to cross the border for two weeks. This issue divides Polish society and is the subject of a growing dispute between the government and the opposition, which calls for the admission of the refugees. This is certainly not the first and will not be the last such incident at the EU’s external borders.

As is already becoming clear, it will likely be the EU, not the U.S., that will have to deal with many of the long-term consequences of the Taliban taking power in Afghanistan. Land continuity remains a key factor in this, facilitating the passage of migrants to Europe through existing transit channels. The uncontrolled influx of refugees is not a threat to the U.S., which also has the possibility to verify the identity of potential refugees in advance. There are other issues as well, like the risk of greater regional instability in Central Asia and the potential increase in terrorist threats, which may affect European countries sooner than their American allies. While the Taliban claim to have changed over the past two decades and adopted a different and more inclusive approach, this has not been confirmed in practice and skepticism remains deep. EU leaders should already be prepared for the worst-case scenarios, and this will require even greater cooperation and solidarity between member states. Even as they prepare for the worst though, their political decisions must remain focused on the humanitarian dimension and social empathy, which are among the most important values ​​on which European integration was founded.