After successfully managing COVID-19, Tunisia gets back to its old problems 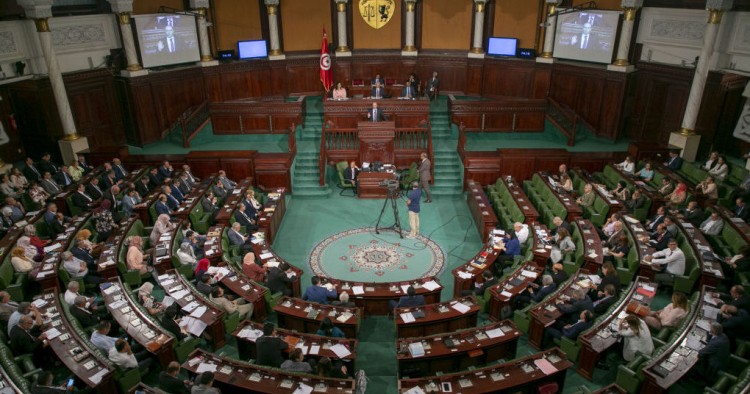 Tunisia seems to have avoided the worst of the first phase of the global coronavirus crisis. And yet whatever the final tally of the pandemic might be, its consequences will only add to a host of existing problems that have beset the North African country in recent years, including political instability, a stalled economy, security threats, and financial woes.

The strict lockdown imposed early on by the Tunisian authorities seems to have limited the spread of the virus. As of the beginning of August, the government reported just over 1,550 confirmed cases and 50 deaths among its population. This was far better than neighboring Morocco, which had over 25,000 infections and nearly 400 deaths, to say nothing of the countries on the other side of the Mediterranean. Tunisia has started to slowly reopen its economy. Since late June, it has moved to relaunch its tourism industry, in an attempt to salvage part of the critical summer season. And yet it was the resignation of Prime Minister Elyes Fakhfakh in mid-July that most seemed to mark Tunisia’s return to its fraught normality.

Political wrangling and the failure of reform

The move followed mounting pressure from the Islamist party Ennahda, which holds the largest number of seats in Parliament but not a majority, to investigate the prime minister over allegations of conflict of interest, after it emerged that Fakhfakh had failed to divest from businesses that ended up winning government contracts. Once a vote of no confidence was scheduled, the prime minister’s position became untenable. Fakhfakh’s short-lived government was established in February after months of slow negotiations following the October 2019 elections, which resulted in a deeply divided Parliament. Ennahda, which has remained the strongest political actor since Tunisia’s democratic transition, won just under 20 percent of the vote. As a result, the moderate Islamist party lacked sufficient weight to nominate a prime minister, leading to a lengthy process of negotiations and the eventual selection of Fakhfakh as a consensus candidate among the members of the coalition government.

Responding to the crisis, President Kais Saied nominated Hichem Mechichi to be the new prime minister in late July. Mechichi will need to get a new government approved by Parliament, and if no agreement is reached by September, President Saied will have to call new elections. On July 30 a vote of no confidence against the speaker of Parliament, Ennahda’s Rached Ghannouchi, which he barely survived, showed just how divided lawmakers are. Reaching an agreement on a new government to tackle the country’s many challenges is likely to prove difficult.

The political wrangling underscores one of the paradoxes of Tunisia’s democratic system. The reliance on a system of proportional representation, seen as a way to balance the demands of the poorer and traditionally less represented regions of the country’s interior, has in effect worked as an obstacle. Proportional representation has led to divided electoral results without clear winners. Although this has forced consensus among parliamentarians, it has also prevented important reforms from being enacted. The successive governments and Parliaments that have governed the country since 2011 have failed to resolve critical issues like economic development, job creation, restructuring of the security forces, and the establishment of a constitutional court. This inability to move forward and address fundamental matters endangers the country’s young democracy. The past decade has been a difficult ride through hope and despair, and Tunisians are increasingly disillusioned with their nascent political system.

There have been successes, but plenty of problems remain

Among the countries affected by the wave of Arab Spring protests in 2011, Tunisia is often deemed a success story. It hasn’t succumbed to the civil conflict and foreign military interventions that have torn apart Syria, Libya, and Yemen. Unlike Egypt, it hasn’t traded a crumbling dictatorship for a stricter and re-energized form of authoritarian rule. More importantly, Tunisians have been able to vote for a new constitution that enshrined a number of civil liberties into law, and they have participated in several peaceful presidential and parliamentary elections. The revamped system of governance faced and overcame an institutional stress test with the passing of President Beji Caid Essebsi in July 2019, which forced the speaker of Parliament to assume the interim presidency and schedule successful presidential elections within the 90-day window laid out in the constitution.

While these accomplishments are noteworthy, they have not necessarily been widely appreciated by the population, mostly because they have a limited impact on the day-to-day lives of average Tunisians, who have plenty of other problems to worry about. Endemic unemployment, which remains above 15 percent and is as high as 34.3 percent among those aged 15 to 24, according to figures from the African Development Bank, has meant the economic benefits of democratic liberalization are too far removed from the lives of the majority of the population. As of mid-2019, as many as 1.8m Tunisians still lived below the poverty line. The business environment remains weak and most firms face difficulties accessing credit. Corruption, once concentrated among the higher echelons of an elite close to the Ben Ali regime, has spread across all levels of society. On the security front, shoring up military equipment and personnel has seen the Tunisian army gain the upper hand against armed groups in the mountainous areas along the border with Algeria, but the country as a whole remains vulnerable to terrorist attacks that could derail tourism activity and investment.

In the south, a region that has long suffered from underdevelopment, unrest resurfaced in July, as protesters once again blocked oil production installations. Popular protests have been a recurring reality in post-2011 Tunisia, and while the fact that Tunisians can voice discontent is a positive sign of change, the economic inequalities underlying these protests are nevertheless concerning. In many ways, the economic realities that led to the 2011 uprising remain unchanged.

The impact of COVID-19

Enter the global pandemic. The government has estimated that Tunisia’s GDP may shrink by at least 6.5 percent this year as a result of the outbreak and resulting economic fallout, after growing by just 1.5 percent in 2019. This is likely to worsen the economic disparities between coastal areas and the interior. Even before COVID-19, Tunisia was already reliant on international financial support. In 2016 the country signed a $2.8bn loan agreement with the IMF, the last tranche of which was transferred in June 2019, and negotiations for another loan program were in process before the pandemic struck. In April, the IMF approved a $745m support package for Tunisia under the Rapid Financing Instrument (RFI), which has been used by several countries as an emergency mechanism to shore up their finances as they fight the virus. Once the current political crisis is resolved, it is likely that Tunisia and IMF will hash out another deal for an additional loan program, but this will no doubt come with further demands for reform and associated austerity measures. Meanwhile, the country’s external debt was already scheduled to reach 105 percent of GDP in 2021, up from 72.9 percent in 2016, according to IMF figures. The growth in foreign debt is now likely to accelerate.

In the short term, Tunisia’s post-COVID-19 economic recovery will depend on stronger economic activity in Europe. The reopening of its tourism industry may provide a critical, if vulnerable, pathway to recovery. The sector accounts for nearly 10 percent of GDP, employs roughly 500,000 people, and has been an essential source of foreign currency. It had also been on an upward trajectory in recent years. In 2018 Tunisia saw inbound tourist numbers climb back to pre-2011 levels, but the sector has been heavily disrupted by the pandemic. The government reopened land, air, and sea borders in late June, hoping to lure back visitors from the UK, Italy, Spain, and France, which have long seen Tunisia as an affordable destination for beach holidays. Yet the Tunisian authorities can only do so much to influence the dynamics shaping the sector. The pandemic has affected airline routes and reduced the income of middle-class Europeans, which means that many of the country’s traditional visitors might not be able to return despite the government’s best intentions. Furthermore, EU countries absorb roughly 73 percent of Tunisian exports, mainly made up of textiles, agricultural goods, machinery, phosphates, and electrical goods. The fortunes of Tunisia’s industrial and agricultural sectors are inextricably linked to its main trading partners to the north.

The pandemic has created and exacerbated a host of economic challenges for countries in the Middle East and North Africa region. For Tunisia, stuck in a fraught transition to democracy since the 2011 uprising that ended decades years of authoritarian rule, the stakes couldn’t be higher. The way in which problems both old and new are handled will shape the country’s political and economic future for years to come.

Francisco Serrano is a journalist, writer, and analyst. His work focuses on North Africa, the broader Middle East, and Latin America. ​​​​The views he expresses are strictly his own.