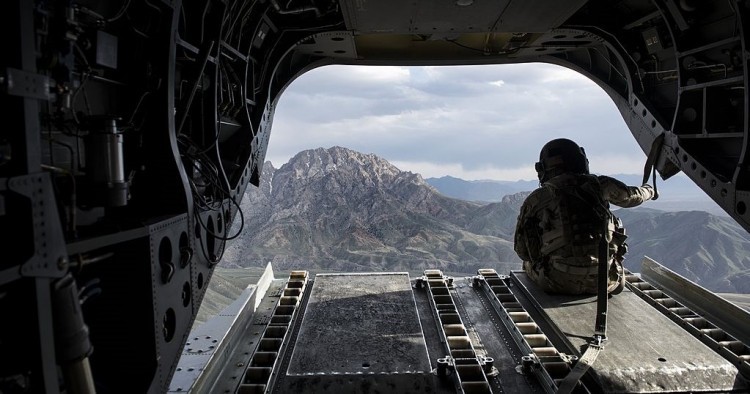 In the recently released Showtime documentary “Kingdom of Silence” by Alex Gibney and Lawrence Wright, I made the statement that with hindsight the U.S. may have been better off never having occupied Afghanistan. That comment has brought some questions and responses, so let me be clear about what I mean and why.

Prior to 9/11, in both the Clinton and Bush administrations, there had been discussions about attacking al-Qaeda in Afghanistan using cruise missiles, bombs, U.S. “commando” raids, and by sending in U.S. advisors to assist the so-called Northern Alliance of tribes that were fighting the Taliban group that controlled the southern two-thirds of the country.  I supported all of those options for attacking al-Qaeda. None had gained much traction with other Cabinet-level principals for a variety of reasons that I have discussed in the book Against All Enemies. Never, however, in that period was there any discussion of U.S. forces militarily occupying the entire country and staying there for an extended period of time.

After 9/11, the U.S. decision making process lacked analytical rigor. As a participant in that process I can say that the preceding sentence is an understatement. Some principals wanted to get on with attacking Iraq (even though it had nothing to do with the 9/11 attack). Others thought we had to attack Afghanistan first, at least for appearances’ sake. There was a consensus, of which I was a part, that the al-Qaeda bases and personnel had to be “cleaned out.” There was strong sentiment to punish the Taliban for harboring al-Qaeda. There was not much detailed planning or serious thought at senior levels about what we would do after that.

U.S. forces were in Afghanistan by October 2001 and had routed both al-Qaeda and the Taliban and occupied the entire country by December. Paraphrasing the words of Colin Powell (speaking about Iraq), we owned it. We then set about trying to figure out what to do with it, engaged in multi-party diplomatic efforts, and the creation of a European (NATO) force to help us secure the country by training up indigenous forces.

What followed next, rather predictably, was that the Taliban went into an insurgency fighting mode, largely based out of Pakistan. The new Afghan national forces created by the U.S. and NATO were never very successful in dealing with that insurgency, nor were U.S. and NATO forces. Part of the reason for the failure to quash the insurgency was that the Bush administration withheld the needed U.S. forces to invade Iraq. There were other reasons, as well. Defeating Afghan insurgents, however, has been something that armies from Alexander the Great’s Macedonians, to the Royal Army of the UK, to the Red Army of the USSR have all failed in doing.

In an attempt to redress the problem of insufficient U.S. forces, when he became president, Barack Obama raised the number of U.S. troops from about 30,000 to over 100,000. Vice President Joe Biden opposed the surge, saying that it would lead to increased U.S. casualties and that when the U.S. forces went back to lower levels, the Taliban would regain territory. Biden proved correct.

Biden had advocated an approach that emphasized U.S. air-power, supporting U.S. Special Forces, some of which would be embedded with Afghan units. The U.S., NATO, and the Kabul government would not secure and hold all of the countryside, but would prevent any Taliban threat to control a major city. In my view, that was a realistic strategy and one which we should have pursued in 2001 or in 2011 when Biden proposed it.

After cleaning out the al-Qaeda camps and punishing the Taliban in 2001, regular U.S. ground combat forces could have left the country. We could have supported the Northern Alliance with embedded advisors and perhaps air cover operating from a northern airbase. The Taliban would probably have regained control in the south, but with less area under their rule than before. Al-Qaeda, however, would have been routed and if it reappeared, it could have been smashed again. It is that scenario I had in mind when I said that we might have been better off if we had not done the full invasion and complete occupation of the country. It would have reverted to something like what it was before 9/11, but without al-Qaeda.  The only real U.S. interest in the country would have been satisfied.

Instead, we have lost 2,372 American military personnel and have had 20,320 Americans wounded. Estimates of the financial cost of what we actually did vary widely, depending upon whether you include the cost of long-term care for U.S. veterans, and the various U.S. aid and development programs. Department of Defense operations alone have come in at a price of about a trillion dollars. That’s with a T. You can think of any number of alternative uses for that sum, all of which would likely have made Americans better off than the way in which it was spent in Afghanistan.

Where are we now? The U.S. force presence is at 8,000 and falling fast. Taliban control of the countryside has grown. The U.S. has negotiated directly with the Taliban and finally forced both the Taliban and the Afghan government to the table together. These talks constitute a diplomatic success for the United States and are due in part to the toll that U.S. strikes have taken on Taliban commanders and the active role that the U.S. has been able to convince Pakistan to play diplomatically.

The talks between the two Afghan sides are, however, unlikely to succeed anytime soon because the Taliban believe they can just wait until all of the Americans leave. The Trump administration’s apparent desire to leave Afghanistan completely “come hell or high water” creates a circumstance in which the Taliban are not sufficiently motivated to compromise. It also demoralizes our Afghan allies, many of whom believe that without a U.S. force presence, they will eventually be driven out of the cities by the Taliban.

Having the Taliban militarily eject from Kabul and the other major cities the Afghans allies whom we supported for 20 years would further erode U.S. credibility globally, would result in the torture and death of many to whom we promised protection, and would create the circumstances in which terrorist groups could again use the country as a base for attacking elsewhere, including in the United States.

If Biden is elected, he should revert to his original plan for Afghanistan in which we do not worry about what faction controls the vast empty spaces of the country. Under the Biden plan from 2011, we would continue to have a Special Forces and airpower presence so that we could destroy any recrudescence of al-Qaeda, or now ISIS. That small force would also continue to provide support to the Afghan government so that they do not lose control of a major city.

We should have had clear and limited goals in Afghanistan after 9/11. We should have had thoughtful and informed planning. If we had, perhaps we would not have inserted a major force, occupied the entire country, or had thousands of U.S. casualties. That, however, is the road not taken. On the road we find ourselves on now, abandoning Afghanistan in the absence of a viable peace should not be the policy we choose. Maintaining a small U.S. residual force until there is a real peace would place our forces at minimal risk.

We did not think clearly about our future role in Afghanistan in 2001. We can do that now, or at least, in January. Inshallah.

Richard A. Clarke is Chairman of the Board of Governors of the Middle East Institute. Mr. Clarke served for 30 years in U.S. government national security agencies, including the Pentagon, the State Department, and the White House National Security Council. The views expressed in this piece are his own.