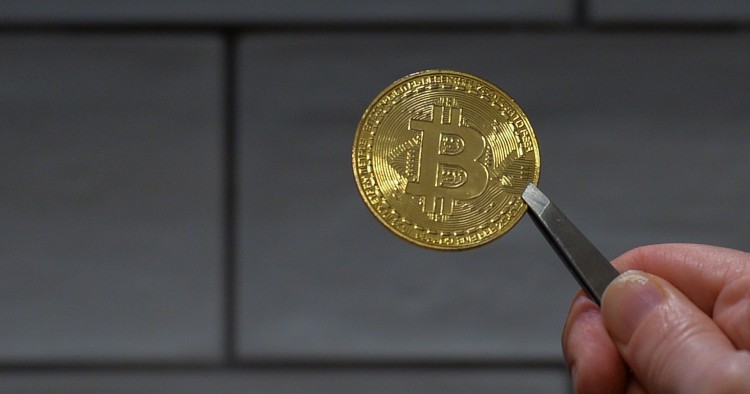 In recent weeks, power outages and severe air pollution have plagued Iran’s major cities. Though the country possesses some of the largest reserves of oil and gas in the world, underinvestment in the energy sector, mismanagement, and other issues have forced power companies to switch to using highly polluting fuel oil – called “Mazut” in Persian – to generate electricity, contributing to already high levels of urban pollution in Iranian cities. The government, however, rather than taking responsibility and blaming supply-side issues has instead pointed its finger at a relatively new phenomenon in Iran: large-scale Bitcoin mining.

Bitcoin mining “farms,” as they have come to be known, have popped up throughout Iran in recent years. They use large collections of computer servers to verify digital bitcoin transactions (i.e. “mine”), a highly energy-intensive process that can sap hundreds of megawatts from the power grid. With cheap, subsidized electricity and tacit or even full approval from the government, foreign companies from countries like Turkey and China have also set up shop in Iran to mine the digital currency, taking advantage of these local competitive advantages much like a petrochemicals company would benefit from cheap feedstock by building a plant in a natural-gas producing country.

These farms are part of a bigger cryptocurrency movement that has taken hold in Iran. In recent years, both the Iranian government and regular citizens have sought to leverage cryptocurrencies to engage in international commerce without having to rely on the U.S.-dominated banking system – a system that in recent years has been shut off to Iranians because of sweeping U.S. economic sanctions. Isolation from the global financial system, inflation, low growth, and an overall poor economic situation have pushed Iranians to dabble in cryptocurrencies as an investment asset and a method of payment.

Looking at Iran’s dire economic situation, one can better understand why Iranians are increasingly turning to an asset like Bitcoin. Since the Trump administration withdrew from the Joint Comprehensive Plan of Action (JCPOA or “Iran Nuclear Deal”) in 2018 and reintroduced crushing sanctions against Iran, the country’s economy has collapsed. Partially a result of government mismanagement and structural issues, the Islamic Republic’s GDP declined by 5.4 percent in 2018 and 7.6 percent in 2019. Sanctions have also decimated demand for Iran’s oil, halting exports and cutting the government revenue necessary to fund infrastructure projects and pay public-sector wages, by more than 50% since 2018.

Inflation and a weakening national currency have had the most salient impact. Food price inflation, for example, reached 43 percent in May, with studies showing that Iranian households have even changed their diets to reduce consumption of increasingly expensive red meat, poultry, dairy, and other food products. The country’s currency, the rial, has taken a major tumble in recent years; in 2020 alone, it lost around 57 percent of its value compared to the dollar. In May 2020, the government announced a bill to change the country’s currency from the rial to the toman (a super unit of the rial) by cutting four zeros off of the rial, ostensibly to ease the pressures of inflation and make transactions simpler.

Sanctions have also cut Iran off from the global financial system and hampered its ability to trade internationally. Companies like PayPal, Visa, MasterCard, and other online payment systems do not provide services in Iran, making it difficult for Iranians to transfer money and make purchases online. Dwindling foreign currency reserves and hesitation among foreign companies to engage in trade have made it particularly difficult for the country to import goods and conduct trade generally. For these reasons, the government and citizens alike have begun to look toward Bitcoin as a potential solution, not necessarily to solve these issues, but perhaps at least to help the country’s economy survive.

Bitcoin, initially banned in Iran, has become something of a cottage industry as the country has sought reprieve from the U.S.’s strangling sanctions. In early 2019, Iran legalized and issued regulations on cryptocurrencies, forbidding their use in transactions domestically, but permitting their possession and “mining.” Mining a cryptocurrency is a costly computational process that is necessary to continuously validate the currency’s public ledger of transactions, which is known as the blockchain. The blockchain’s cryptographic protocols are designed in such a way that, when an individual contributes computational power to the essential but Sisyphean process of validating the blockchain ledger, they are themselves rewarded with Bitcoin (or whatever other derivative cryptocurrency).

With its public and collectively validated distributed ledger of transactions, cryptocurrencies achieve virtually perfect integrity. Doomsayers, survivalists, and more than a few cybersecurity experts worry about the possibility that an extraordinarily powerful cyber-attack could wipe out enough banking information to cause structurally calamitous and irreparable harm to one nation’s or the whole world’s economy. Cryptocurrencies have thus won a niche following of enthusiasts, not unlike the small community of people who anxiously exchange their savings for gold out of fear that their economy or currency may one day collapse. And as is the case with gold, cryptocurrencies have eccentric devotees but also undeniable staying power and real (albeit erratic) value.

While cryptocurrencies have practically perfect integrity, the rub is that it requires a staggering amount of computing power, which requires energy. According to the Cambridge Bitcoin Electricity Consumption Index, the amount of electricity being used at the time of writing to maintain the bitcoin’s ledger is approximately the entire energy consumption of the United Arab Emirates. This exorbitant energy expenditure is structurally integral to blockchain technology, and nothing shy of a complete worldwide transition to renewables will fix it.

Before Iran banned or regulated cryptocurrencies, it was a highly attractive place for mining, since the government subsidizes its domestic electricity. Crypto-mining requires computing servers as a capital expenditure and electricity as an operating expense, so the best places to mine are locations where electricity is cheap. To avoid being undercompensated for utilities, Iran initially compromised by requiring bitcoin mining operations to register with the government and pay for energy at the price at which it is exported. By summer 2020, Iran had so warmed to their bitcoin miners that they reduced registered mining operations’ electricity tariff by 47%. But the balance has been hard to strike – under pressure by the strained electric grid, Iran has just seized 45,000 unregistered bitcoin mining rigs using a total of 95 megawatts per hour.

Bitcoin, despite its recent popularity, may not be as promising as some Iranians would hope. The cryptocurrency is seldom used or usable in everyday transactions, and its value is notoriously unstable. Volatility of the currency and uncertainty around government regulations have led many Investors and financial analysts - including legendary investor Warren Buffet - to assert that the cryptocurrency possesses no value and is likely to collapse at some point. Others fear that while cryptocurrencies are inherently designed to give people more freedom and privacy in conducting financial transactions, potential government regulations could hamper adoption of the cryptocurrency in the near future.

Iran’s embrace of bitcoin is also likely to attract greater scrutiny from anti-money laundering and counter-terrorism finance investigators. All bitcoin transactions are public, although the identities behind the transactions are hidden behind random (but static) numerical addresses. This means that, while the currency is attractive for terrorists, criminals, and other users who cannot rely on traditional banking, it can also be a treasure trove of intelligence for governments and even open-source researchers. The United States government has previously exposed the bitcoin addresses of sanctioned Iranians to clamp down on illicit transactions.

Bitcoin mining is not a solution to Iran’s economic troubles, but a symptom of them. To arrest the harm that this emerging industry is causing to Iran’s energy infrastructure and environment, Iran and the P5+1 will need to prepare Iran to gainfully participate in the global economy without relying on quixotic and problematic enterprises like cryptocurrency mining.

Michael Sexton is a Fellow and Director of the Cybersecurity Initiative at the Middle East Institute. Brett Sudetic is a foreign affairs consultant and advisor to Gulf State Analytics, a Washington DC-based geopolitical risk consulting firm.