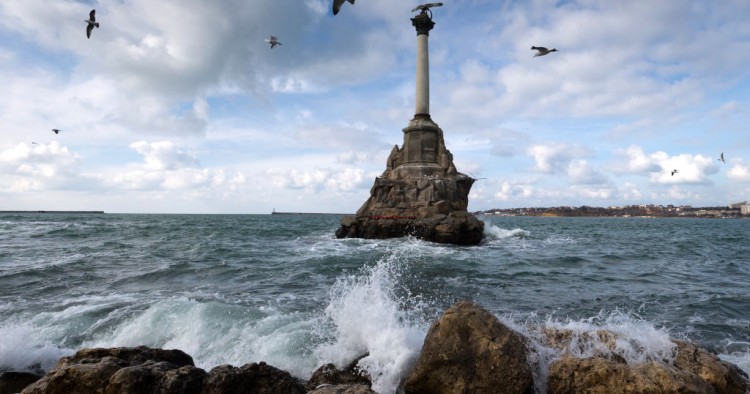 For those who study the countries and regions that surround it, the Black Sea is many things -- a global trade thoroughfare, a zone of contestation, a cradle of civilizations, and a dying ecosystem. But, curiously, one of the more opaque factors is whether the Black Sea region -- the states and polities on its littoral and immediate hinterland -- is a region at all, properly speaking. Although a regional cultural or political identity has long proven elusive, there was a time when the Black Sea began to possess the rudiments of an economic one. It could again.

Although the moniker “Black Sea region” is a term used commonly enough for the sake of geographic convenience, it is more a term of art than apt description of a given space with common cultural, linguistic, political, or strategic notions. Instead, the Black Sea region is really better thought of (and more broadly understood as) collected fragments of civilizations, nation states, and ethnes bound together in a loose confederation of proximity by historical and geographical happenstance.

Contemporary politics express the Black Sea region’s unwieldy status. In many respects, the prevailing Black Sea regional narrative is as much defined by what it is not than what it is: the states that are in the European Union (EU) or NATO, and those that wish to join or oppose them; polities in the Russian alliance system, and those subsisting in its shadow; and those places with cultural or strategic identities admixed with that of Central Asia to the east, or the Middle East to the south. These identitarian dialogues are further undergirded -- and complicated -- by extended musings over continental borders between Europe and Asia, where one’s state physically or culturally resides, and whether such extended metaphors matter.

As such, it’s little wonder that the Black Sea space has historically resisted regionalization. Comparisons between the Black Sea and the more politically, economically, or culturally coherent Eastern Mediterranean, Baltic, and Caspian seas can be alluring, but are often as obfuscating as they are illuminating. And accordingly, efforts to tether the Black Sea’s fractious constituencies together into a cooperative, regionalized identity have largely fallen short, and the wrecked hulks of more than a few ambitious regional platforms litter the proverbial seafloor, while a lonely handful still glide on silently and anonymously, existing more in name than reality. The exceptions are few, narrowly defined, and almost entirely unperturbed by pretensions to a regional aperture.

In the absence of robust regional institutions or platforms, the Black Sea space is evidently underserved given the size and resources of its resident powers, not to mention the radial impact that local events, issues, and contingencies can have on the course of global events. Russia’s war on Ukraine and Georgia, Turkey’s activities in Syria, and Azerbaijan and Armenia’s extended conflict -- to name a few such conflagrations -- all showcase how the affairs of the Black Sea region’s states can have far flung, even global, consequences.

The Black Sea’s regional limitations also extend to the realm of economic affairs. In some respects, the economic elements of the Black Sea region reflect the same fractured strategic picture, with overlapping, contending spheres vying for influence and institutional purchase. The EU and its institutional subsidiaries in the EU Customs Union and Deep and Comprehensive Free Trade Area (DCFTA); the Eurasian Economic Union; and a crisscrossing palette of bilateral deals with their own idiosyncrasies and novelties.

One of the few region-wide platforms that continues to trudge on with relative animation is the Organization of the Black Sea Economic Cooperation (BSEC), which maintains an international secretariat and hosts a variety of working groups in promotion of regional trade, investment, and business development cooperation. Yet, even with BSEC’s institutional accoutrements and staying power, its role and impact has been assessed as invariably limited. This should be of little surprise, albeit disappointing, given the political centrifugal forces of the region that incentivize competition, and undermine regional collaboration.

However, the perceived shortcomings of regional organizations, or even the competitive interplay between Black Sea regional states, do not necessarily obviate the region’s value as a geo-economic locus, just as the absence of regional identity or political cooperation hardly discounts the importance of strategic events in the Black Sea region. The states of the greater Black Sea region totals nearly $3 trillion in combined nominal GDP, over 300 million people, and host assortments of interconnectors that facilitate trade and energy flows between Europe, Eurasia, and the Middle East, and globally beyond.

More importantly, perhaps, are the economic interdependencies that bind the Black Sea space -- even over the objections of geopolitics and interstate rivalry. And just as instability and conflict among Black Sea states and polities has a way of seeping across borders and radiating outwardly, so too does economic contagion range widely, inconsiderate of allegiance or intent. And in this, economic coordination -- if not a closer cooperation -- at least has a genuine role to play in enhancing broader prosperity as well as mitigating extant risks. And in spite of the haze of uncertainty looming across the region (as it does over the whole world in many respects), there is a definable value proposition for the Black Sea region as an economic unit.

In the first decade of the century, the rudiments of a common narrative began to emerge in earnest around the Black Sea region. Liberal reforms in Turkey, revitalized Russian confidence, EU expansion, and strategic infrastructure investments in a stabler South Caucasus contributed to, in totality, a kind of Black Sea quasi-identity as an intercontinental trade bridge and energy hub. Although the branding often far outpaced the reality -- sometimes to a point of overexuberance -- it represented a brief period of confluent macroeconomic associationalism in the Black Sea region, and in retrospect seems almost incredible in its headiness.

Those days are not likely to return in the near- to medium-term. However, it does reveal that beneath layers of strategic neurosis, the makings of a Black Sea identity may still exist, however fleeting in its durability and transitory in its framing.

Put another way, the Black Sea region’s economic and political hodgepodge is also a place of crosshatching gradients of varying institutional traditions. And in this there is a potential economic value proposition, allowing product to be moved among multiple trade regimes from a single point of origin or hub. From Georgia, for example, products can be certified for export for Turkey under the bilateral FTA, to the EU under its DCFTA, to Russia and even China under similar bilateral relationships. From a broader perspective, this gradient may also be expressed in transit infrastructure, with the array of overland pipelines, rail links, and port facilities, potentially enabling and facilitating European trade to east Asia and back again. In this formulation, contesting trade regimes aren’t expressions of conflict, but of critical mass. Done well, it’s not anarchy between vendors, but an open market.

This is not to say that the Black Sea region is already well on its way staking itself out as a viable and coherent economic unit in its own right -- it’s not. At least not yet. And amid the extended uncertainties of the present age, overlain the conflicts and acrimonies that saturate the Black Sea space, economic cohesion may be a longshot. But it may show that the Black Sea region’s variegated peoples, polities, and priorities does not necessarily doom it to uncontrolled circumstance, and that it may have a path all its own.

Michael Hikari Cecire is a non-resident scholar for MEI's Frontier Europe Initiative and Director of the Eurasia Democratic Security Network (EDSN). The views expressed here are his own.