A “blue mirage”: Biden’s presidency and the Iranian economy 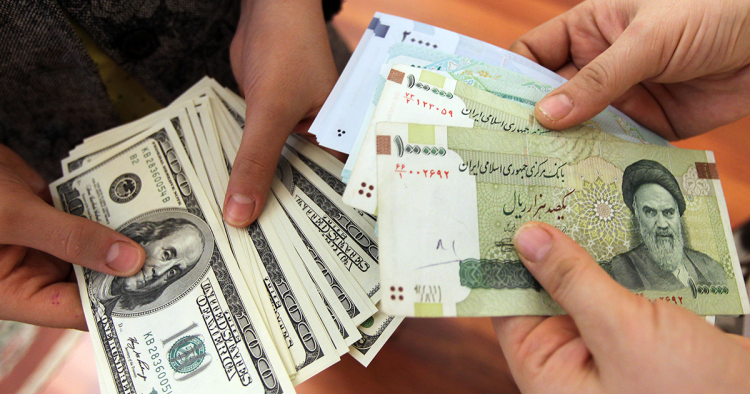 What does a Biden presidency mean for the economy of Iran? The short answer is: not much. While the Iranian public considers his election good news for the country, these sentiments are fleeting and will soon fade. The reason is simple: Even if Joe Biden decides to reengage with Iran or reenter the 2015 nuclear deal on his first day in office, a Biden presidency will not change many of the crippling realities facing the Iranian economy.

Lacking a properly functioning bond market, Iran’s budget deficits are almost always monetized by borrowing from the central bank, which is equivalent to “printing money” and increasing the money supply in the economy. Given the sanctions on Iran’s oil industry, the pandemic, and low oil prices globally, Iran has been facing some of its largest budget deficits in decades. Therefore, the money supply in the economy has been growing steadily in the past two years, leading to inflation rates well above 50 percent. The Iranian rial has lost half of its value vis-à-vis major currencies in the past six months alone. There is no obvious reason why a Biden presidency would reverse this trend. Even if sanctions on the Iranian oil industry were lifted on Jan. 20, 2021 when Biden takes office, it will take some time for Iran to meaningfully reenter the global oil market. This is because its traditional oil customers have already shifted to other suppliers, and these contracts are often long term in nature. Also, the timing is not great. The global oil market is currently experiencing a supply glut and depressed demand because of the pandemic and associated economic fallout. Therefore, one can expect large-scale monetization of the budget deficit, double-digit inflation rates, and ongoing depreciation of the Iranian rial to continue, regardless of who is in the White House. Although the recent introduction of open market operations is a positive step in slowing this vicious cycle, it will take a long time for the nascent Iranian bond market to deepen to a point where it can finance government deficits effectively.

Related to the above, the pandemic has pushed down oil demand and prices. The majority of oil analysts predict that lower demand and prices are here to stay for the foreseeable future. Moreover, the continuous decline in demand for oil and the growth of renewables in the global energy mix does not help the prospects for oil either (see Table 1).

Introducing Iranian oil to the market will only push down prices even further, reducing revenues for all oil exporting countries, including Iran, as well international oil companies. Therefore, the removal of sanctions and the prospect of having Iranian oil back on the global market will most likely result in considerable losses for the U.S. energy industry, an outcome President Biden would want to avoid in the midst of one of the worst economic crises in the U.S. in the past century.

The Islamic Republic’s limited fiscal space to address the pandemic induced economic slowdown and a rise in both unemployment and poverty rates are likely to weigh heavily on the country’s economy for a long time to come. The economic costs associated with the pandemic in terms of illnesses and lives lost are enormous, and the majority of the jobs and businesses that disappeared are not expected to come back. Iran’s economy was already suffering from unemployment rates in excess of 30 percent even before the onset of COVID-19, and by the end of the pandemic, its GDP is expected to have contracted by at least 15-20 percent, putting the economy in a deep hole that is hard to climb back out of. It is not clear how a Biden presidency would alter this outlook. True, with President-elect Biden in the White House, Iran might have an increased chance of gaining access to pandemic relief funds established by the IMF, the World Bank, and the U.N. However, it is too little, too late. Iran has been left alone in its struggle against COVID-19 for nine months now, and the second wave of the virus is already raging across the country. At this point, it is not clear how effective these relatively small relief funds would be in containing the pandemic and ameliorating Iran’s economic pain.

While sanctions and the collapse of oil exports are seen as the main culprits behind the country’s current economic crises, rampant corruption and misplaced economic policies over the past decades have played a much more important and persistent role in bringing Iran’s economy to the brink of collapse. Continuous monetization of budget deficits, exchange rate mismanagement, price setting, massive and unjust energy subsidies, an inefficient and crippling bureaucracy, a difficult business environment, and the protection of lossmaking domestic industries such as the auto manufacturing, are just a few examples of the government’s continuous mishandling of the economy in recent decades. The government’s latest irresponsible economic policy meddled with the Tehran Stock Exchange over the summer, causing significant volatility in Iran’s capital markets. A Biden presidency is not going to change this reality either. Put plainly, without major and comprehensive economic policy reforms, the Iranian economy will continue to suffer, regardless of whether or not there are sanctions.

Given these realities, the Iranian economy is unlikely to benefit much, if at all, from a Biden presidency. While the rial initially surged by around 20 percent when Biden’s victory was announced, it has since lost half of those gains. Just like the “red mirage” of an early Trump victory based on incomplete returns faded a few days after the U.S. election, the “blue mirage” of a resurgent Iranian economy under a Biden presidency will also fade away in a matter of months, if not sooner. At best, President Biden may decide not to impose additional economic or financial sanctions on Iran. At the end of the day, responsibility for addressing the country’s economic crises lies on the shoulders of Iranian officials and they are the ones that hold the key to addressing most of its economic woes.