Bouteflika rules out fifth term, but the contest to change the Algerian government has only just begun 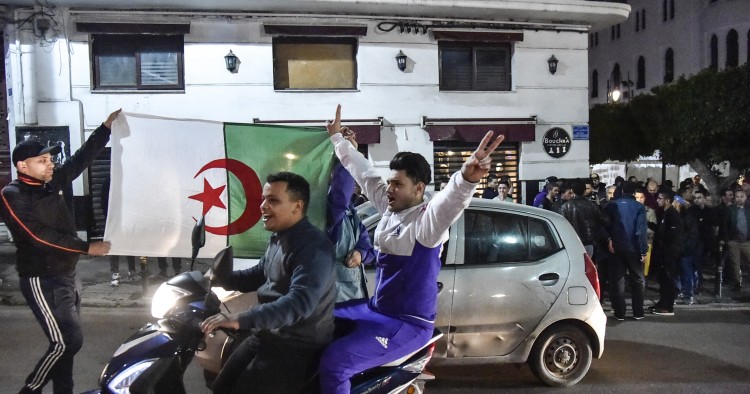 President Abdelaziz Bouteflika’s announcement late on March 11 that he would not pursue a fifth presidential term answers the most immediate demand of the protest movement in Algeria but leaves the transition process in government hands. Pillars of support for Bouteflika’s government previously, including the army, judges, the national veterans organization, and parts of the ruling National Liberation Front party, all signaled sympathy for the protesters, who were gaining momentum. The Bouteflika government has, in effect, postponed the April 18 election indefinitely, leaving the ailing president in place. His March 11 message to the nation stated that he aims to remain in office until the next president is elected.

Bouteflika named the interior minister, Noureddine Bedoui, as the new prime minister; Bedoui’s police forces has acted with noticeable restraint in the face of the street protests. Bouteflika also named long-time diplomat Ramtane Lamamra to the new post of deputy prime minister. These are men of the same government system the protesters have denounced, and the cabinet shake-up likely won’t satisfy them. Bouteflika also pledged to hold an inclusive national conference that would change the Algerian constitution and set a date for new presidential elections. It is not yet clear when it would start its work or how it would bring in outside Algerian actors to generate real change in the government system. Bouteflika’s March 11 announcement stated that the commission should try to complete its work by the end of 2019. Bouteflika had outlined the same plan in his March 3 message to Algerians when he said he would serve only a shortened fifth term. The huge street protests on March 8 showed that Bouteflika’s plan had no support. Now, with his fourth presidential term indefinitely extended, the reaction of the protest movement remains to be seen. There has been very little violence so far, but the contest over changing the Algerian government has only just begun.