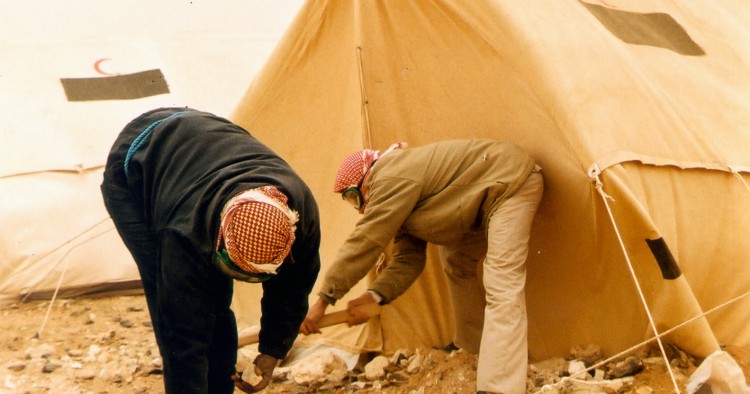 Brain drain from Iraq threatens not only the economic prospects of the country but also has serious implications for the consolidation of democracy and for the health care, justice, and education sectors. During Saddam’s era, a first wave of brain drain in the aftermath of the 1968 coup d’état was followed by a second and larger wave after the first Gulf War of 1991. This was the beginning of the unravelling of the fabric of Iraq’s society and its middle class in particular. By 2003, estimates of Iraqi exiles ranged from two to four million people, and since the US-led invasion, the country has not witnessed the return of these millions but instead the loss of more professionals, academics, and artists, who are mostly from the middle class.

The optimism that spread among the educated and professionals following the collapse of Saddam’s regime was short-lived. Doctors and academics who were even remotely associated with the Ba‘th party were targeted after they lost their jobs. The targeting soon expanded beyond those affiliated with the previous regime and a combination of militias and criminal gangs began killing or kidnapping professionals (particularly doctors, lawyers, and academics). Unlike in Saddam’s era, when doctors and academics left Iraq because they were individual victims of the regime, in post-2003 Iraq, they became targeted as a group.

Apart from violence and ethnic cleansing, there were other factors that pushed these professionals into exile following the 2003 invasion. First, unemployment among the young and educated was high and reached levels of 35-40%.i Many professionals and artists were forced to take menial jobs to support themselves. The fact that Iraq, today, combines a centralized bureaucracy with corrupt practices and is dominated by nepotism and cronyism exacerbated the situation for all professionals. Second, religion has increasingly encroached on intellectual and academic life. Religious militias now have significant influence on the academic campuses of central and southern Iraq. Artists complain that the Ba‘thist official censorship has been replaced by new prohibitive religious codes of conduct.

Although there are no accurate statistics on the number of Iraqi academics and doctors who fled the country, one rough estimate suggested that there are 1,500 Iraqi academics living in Syria, Jordan, and Egypt. Presumably a number have also gone further afield. Estimates of the number of doctors who have left Iraq since 2003 vary widely, at anywhere from 3,000 to 17,000. What is clear, however, is that Iraq lost a large percentage of its specialists (some say 70%) and probably 25-35% of its overall medical staff. These are massive numbers considering that the majority of the exodus occurred over just 18 months. With the departure of its professional elite, Iraq lost hundreds of years worth of experience.

Data about academics and professionals who were assassinated are more accurate. The Brussels Tribunal compiled a list of 350 names of those professionals (the vast majority being Ph.D. holders) who were murdered.ii The Iraqi Lawyers Association published a list of 210 lawyers and judges killed since the invasion and said that the number of lawyers in Iraq has decreased by 40% since the invasion.

The implications of this brain drain are reflected in Iraq’s daily life: its health care system (among the best in the region until the 1980s) has crumbled and estimates indicate that almost 70% of critically injured people die in emergency rooms because of shortage of medical staff and essential supplies;iii the educational infrastructure has weakened significantly and education levels have dropped precipitously; and finally the bureaucratic machine of the government has deteriorated to the extent that it is affecting the execution of any capital or investment budget. Iraq lost the bulk of its educated middle class, which will reduce its chances of having a stable democracy in the long run. Indeed it is ironic that the US came to Iraq with the notion to establish democracy, only to see the biggest proponent of democracy, the middle class, flee the country and thereby ceding more control to the religious groups.

If violence comes to a halt or ebbs, would these professionals return to their country? It is doubtful that many of those who managed to get to the West (usually specialists and members of the different minorities) will return to Iraq. For those in Syria, Jordan, and Egypt, the situation is somewhat complicated. Many of these professionals have not managed to get jobs suitable to their qualifications, and a large number are frustrated with their professional life. But even for these, a number of basic conditions must be in place before large numbers head home. Apart from a reduction or cessation of violence, ethnic divisions and sectarianism have to contract significantly from daily life. Those in exile will consider employment opportunities and would need to be confident that jobs and opportunities would be given on merit rather than according to affiliation to the right party and clan. Other considerations would be access to essential services (water, electricity, etc.) and quality of education for their children. Another critical factor is property rights and the ability to return home. Needless to say, this assumes that the refugees will return due to “pull” factors in Iraq rather than “push” factors in their refugee countries.

History teaches us that with protracted exile, the chances of return reduce over time as the world of refugees is reshaped socially and economically. Children, who are more adaptable and quick to embrace their new society, abhor the thought of return and act as a restraining factor. Women also may be reluctant to return as they focus on access to health care and education for their families and are often deterred by religious dogma and the associated erosion of women’s rights.

In mid-2008, conditions are not conducive to the return of large numbers of refugees. Both UNHCR and Amnesty International believe that the criteria for safe return are not met by the situation in Iraq today. Even if and when they are met, the government will need to give serious thought and action to issues such as housing, property restitution, health, and education before refugees will be keen to return.