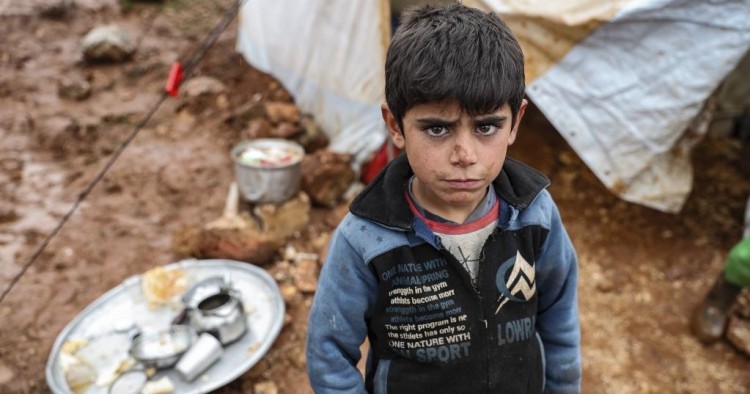 The fourth Brussels Conference on Supporting the Future of Syria and the Region concluded last week with a drop in donations for 2020 for those affected by the decade-long war, a result which is disappointing but not surprising. COVID-19's impact on the domestic finances of major donors was expected to affect their foreign donations, particularly when combined with donor fatigue after a decade of war and crisis. Principled political positions necessitate a comprehensive political solution before reconstruction funds are made available, and indeed before substantive changes on the ground that would mean refugees and internally displaced persons feel safe to return home. However, this leaves millions dependent on life-saving humanitarian aid for the long term both inside and outside the country. Breaking the stalemate in the political process, and addressing the enduring issues within the humanitarian response, are critical to unlocking the additional funding Syrians will need in the coming years.

COVID-19 cases have begun to increase steadily in Syria, marking a new phase in the pandemic, which previously appeared to have spared the country the worst of the crisis. In all territories, residents are facing new challenges born of Syria’s economic crisis –– one exacerbated by the virus, though not caused by it. Individuals’ purchasing power has been decimated, and a humanitarian crisis is looming. Syria is not alone in its economic decline, however. Neighboring Lebanon is reaching crisis point and Turkey also looks like it will soon face financial hardship –– and Iraq and Jordan are not immune either. Recent research shows that COVID-19 prevention measures have significantly impacted Syrian refugees in these states, with the majority losing income in part or entirely. COVID-19 has compounded already difficult economic circumstances in the region, and this means Syrians will require more, not less, support in the near to medium term –– including in neighboring countries –– which may prove difficult with fewer funds to share.

This year's Brussels conference was the fourth opportunity for countries with an interest in Syria to convene, meet with civil society, and outline their financial pledges for humanitarian response to the crisis. The EU and UN co-hosted the conference online for the first time due to COVID-19. The digital gathering raised €4.9 billion for 2020 with multi-year pledges of nearly €2 billion for 2021 and beyond, a drop of €1.26 billion from 2019's €6.16 billion.

The conference highlighted the tension between the increasing needs in Syria and the lack of any movement on the political process. This paradox was also a consistent theme during the civil society dialogues and side events held the week before the conference. So too were the ongoing issues with the aid response in Damascus, which continue to ensure an increase in development or livelihoods funding is unlikely. At the heart of the problem is the lack of movement in the Syrian regime's behavior regarding both the political process and humanitarian operations. Still, the lack of behavior change is mirrored in the UN's posture and programs. Attempts to unhook additional resilience funds, to support premature refugee returns, and to push toward an increase in development, without evidence of substantive changes in the modus operandi of the government concerning aid operations, have possibly contributed to donors’ reluctance to provide more.

The unresolved matter of the cross-border resolution may come into play here as well, with many donor states raising the need for an extension of the UN Security Council (UNSC) resolution in their comments. However, while there were plenty of mentions of the need for the cross-border operation to remain in place, there were fewer conditions applied to adjusting aid pledges from centralized funds to bilateral agreement in the eventuality that it is not agreed upon before this Friday's deadline. Bilateral funding was required to make up shortfalls in northeast cross-border operations that could no longer be operated through pooled funds when the number of permitted crossings was reduced in January. If no extension on northwest cross-border access is forthcoming before the July 10 deadline, donors may once again find themselves asked to step in and provide significant levels of bilateral funding to continue the northwest aid operation.

The Caesar Act and EU sanctions loomed large over the discussions in the lead up to the conference, with many debating their merits and mitigations to ensure humanitarian assistance remains possible. The need for proactive work to secure and implement humanitarian waivers and exemptions, provide assurances to financial institutions, and for states and regulators to work closely with humanitarians, were all discussed at a range of levels.

There was a flicker of good news in neighboring countries when Jordan, home to over 650,000 Syrian refugees, announced it would be opening work permits for Syrians in all 21 work sectors, up from the three previously permitted. Lebanon was less generous and centered its domestic financial struggles in its positions. As the country plummets into economic crisis, it will need significantly more assistance to maintain support to the estimated one million Syrian refugees it is currently hosting. Donors would be wise to apply conditionalities to assistance in Lebanon to ensure that refugees are not targeted or forced to return before conditions are met. Turkey, too, sought more funds to assist its Syrian refugee population — estimated at around 3.6 million — as Ankara reaches the end of its agreement with the EU on migration, raising the Greek policy of pushing back migrants in its remarks.

For Syrians, accountability remains high on the agenda. The UN Secretary-General's Board of Inquiry (BoI) into hospital attacks in Idlib reported back earlier in the year, moving Russia to withdraw from the deconfliction mechanism designed to prevent these attacks in the middle of the Brussels conference. Following up on these attacks, as well as the release of detainees, and accountability for torture and death suffered in regime prisons were all highlighted as being essential to civil society groups during the dialogues and side events. Unfortunately, there is little sign of movement on any of these issues despite widespread support for the work of the BoI, the UN’s International Impartial and Independent Mechanism, and calls to bring Syria to the International Criminal Court.

There is an urgent need for more significant efforts to resolve the conflict. With donor interest waning and conditions deteriorating, bringing interested parties together to pull in the same direction around clear goals is more critical than ever. These alliances should include closer working ties between the U.S. and the EU. Greater transparency by the U.S. around its policy thinking would help engender trust in the Europeans, by ensuring states on both sides of the Atlantic are working to use the U.S. Caesar Act sanctions as a lever in the diplomatic space around Syria.

These states should begin by working closely to secure a cross-border aid resolution this week. A unified and firm position from all countries will be critical in the final negotiations: Aid will continue to populations in need, with or without the resolution. Aid money for Syria's northwest and northeast regions will not pivot to cross-line delivery from Damascus if the mechanism is reduced or revoked.

Similarly, the need to grapple with the ongoing concerns with the Damascus operation have never been more urgent, both because of the need to use the limited funds well and the escalating needs in the country. Securing change will require a shift in attitude from the UN prompted by greater pressure from donors. A joint U.S. and EU effort, alongside the INGO and civil society actors in attendance, is the only way to resolve this ongoing problem. Setting clear guidelines on resilience, the implementation of the “Principles and Parameters,” procurement, access, development, and programing choices, need to be agreed upon by the majority of the core donor group and enforced through a unified approach at the regional, capital, Geneva, and New York levels. Donors should, in turn, take on a more significant role in assisting with the political aspects of the problem, working harder to facilitate operational space through higher-level engagements rather than relying on humanitarian actors to address political concerns.

It would be wise for the UN to reflect on more robustly addressing donor concerns about access, procurement, and programing in government areas, as a matter of urgency. From civil society to the largest donor states, there was an agreement on the need for additional work and reform within the UN response. The sooner this reform takes place, and the greater the transparency around the process, the faster those Syrians most in need can benefit fully from the current aid response, as well as additional funds and programing –– to include increased resilience work –– which could be unlocked with a change in approach.

Alongside this change in approach, there is a need for the U.S. and EU to work closely with humanitarians to ensure that sanctions waivers and exemptions are issued in a timely manner, that financial institutions take appropriate compliance measures, and that a collaborative effort between policy-makers, regulators, and humanitarians is created to facilitate the work of humanitarians in all of Syria’s territories. Similarly, donors and humanitarians must work hard to identify suitable partner organizations and activities, both with appropriate due diligence that roots out bad apples as well as identifying new actors who can assist in lifesaving and future resilience or peacebuilding work in Syria.

The U.S. and EU should set more explicit aims for negotiations with Russia, articulating necessary behavior changes that address the substantive security concerns of Syrians and may move the political process forward. Tangible ideas should span the entirety of the UNSC peace process resolution 2254, rather than particular baskets of work that will have little bearing on the outcome of the conflict. Broader U.S.-Russian negotiations should reflect that tentatively agreeing to support the convening of a constitutional committee meeting in August, or even for maintaining the Idlib cease-fire, will undermine the humanitarian access and civilian protection element of 2254. And finally, such negotiations should also reflect that targeting humanitarians is illegal regardless of a resolution or deconfliction mechanism, and accountability will be sought.

Emma Beals is an analyst, policy advisor, journalist, and researcher, with a focus on Syria. Emma is the co-founder and editor of Syria in Context, a Non-Resident Scholar with MEI's Syria Program, and a senior advisor for the European Institute of Peace. The views expressed in this piece are her own.