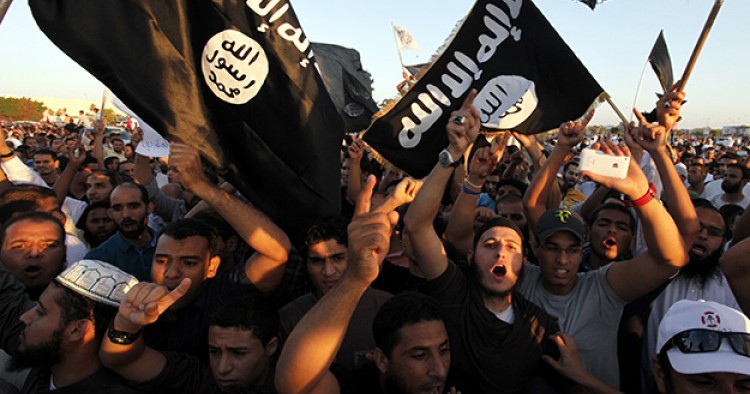 Almost a century after Mustafa Kemal Ataturk abolished the caliphate in Istanbul and six decades after Gamal Abdel Nasser and the Ba‘th Party led a secular nationalist revolution in Egypt and the Arab world, the Middle East is rife with radical religious counter-revolution, and a caustic caliphate sits astride the Syrian-Iraqi interior. The secular nationalist revolutions, while they made great advances in state building and development, gravely wounded religious sensibilities and at the same time removed or weakened the very authorities that could moderate or lead religion in a more responsible manner. As a result, the region is witnessing a religious backlash that is both ferocious and unhinged. How has a religious tradition, which for a millennium was a global refuge for pluralism, tolerance, and moderation, been subverted to propel intolerance, brutality, and beheadings, and what can be done at this late stage to restore—or create—a more moderate religious authority?

In a recent book called The Paradox of Liberation: Secular Revolutions and Religious Counterrevolutions, the American political philosopher Michael Walzer examines the cases of Algeria, India, and Israel. In all three countries, secular revolutionaries believed that history was a linear process unfolding in favor of secularism, science, reason, and nationalism, and that religion was part of a superstitious and fading past. But in all three countries, radical religious movements arose, reviving in a more virulent manner the religious identities, values, and imperatives of the challenged past.

The same can be said today about Egypt, Syria, Iraq, Iran, and, to a degree, Turkey. Walzer does not argue that the secular nationalists failed—in many countries their institutions and political culture remain present—but they were mistaken in their assumption that religion was part of a fading past. Indeed, as mentioned, their actions wounded and aggravated the religious while undermining the very institutions that once regulated and restrained the impulses of religious extremism. In this vein, the abolition of the caliphate and the weakening of al-Azhar in Egypt left mainstream Islam both aggrieved and adrift, and some among the faithful vulnerable to the religious claims of upstart radicals or the pretensions of new would-be caliphs.

The eminent French-Lebanese thinker and novelist Amin Maalouf also takes up this theme in his book Disordered World: Setting a New Course for the Twenty-first Century. Although a confirmed secularist of Lebanese Christian origins like myself, he points out the grave civilizational costs of the decline of the caliphate after the Abbasid period ended in the thirteenth century, and the risks inherent to the absence of an established and recognized religious authority within mainstream Islam today.

He makes his points by reference to the role of the papacy within the Catholic world. Throughout its long and varied history, and despite the rise and fall in its fortunes  and its final physical isolation in the confined grounds of a small neighborhood of Rome, the papacy has endured and has played a tremendously important role in the evolution of the West. By maintaining religious authority, at least among Catholic Christians, it was a steady, albeit very conservative, reference point for religious interpretation and faced down religious radicals, like the fifteenth-century Florentine monk Savonarola and others who claimed their own authority to interpret and lead the religion. Also, as some radicals wished to use religious authority to supplant political authority, it maintained the rules of the game and the balance—intertwined but separate—between religious and temporal authority.

The Vatican and its network of institutions around Europe also served as a vast repository of books, learning, libraries, and investigation. Although it occasionally balked at the astounding findings of figures like Galileo or Copernicus, it generally enabled a steady accumulation of knowledge, legitimized reason, science, and learning within religious thought and institutions, and protected the accumulated wealth of knowledge and high cultural production against the vicissitudes of time, war, and devastation. The Vatican took decades, sometimes centuries, to accept new ideas or values, but it slowly moved religious thought and sentiment forward, legitimizing gradual change and finding a way for an ancient religion to evolve and internalize shifts and advances in human civilization.

For six centuries Muslim capitals, first in Damascus and then in Baghdad, led the world in thought, science, and civilizational advance, followed by six centuries of stagnation after the Mongol invasion of the mid-thirteenth century. The rise of the West and the conquests of Muslim lands in the eighteenth and nineteenth centuries awakened many to the costs of drift and stagnation.

For a few bright years around the turn of the twentieth century, the grand mufti of Egypt and a leading light of al-Azhar University, Imam Muhammad Abduh, preached the importance of reason, human enquiry, and free will as God-given instruments of progress and railed against an overly textual, static, and backward-looking interpretation of Islam. But as secular nationalists rose to prominence in the post-World War I years and conservative populist religious movements rose to oppose them, the religious reformers were snuffed out in the middle, dismissed by the new secular elites and anathemized by the religious populists.

There may be no point today in lamenting past institutional successes in mainstream Islamic history, but the absence of a centralized, widely authoritative, and relatively enlightened locus of religious authority leaves a community of around 1.4 billion people, one fifth of the world’s population, adrift and vulnerable. This is not merely a religious matter for adherents of that faith, but a matter of regional and global stability and security.

There might also be little point in considering the pros and cons of reviving some modernized papal form of the caliphate, as one cannot imagine the current powers that be in the Muslim world agreeing on how such a project could be undertaken.

But perhaps there is a point to considering how to rebuild one or more loci of moderate Islamic learning and authority. The Gulf countries have—rightly—spent tens of billions of dollars on building institutions of higher learning, the last of which being the King Abdullah University of Science and Technology. It has an endowment of $20 billion, making it the third wealthiest university in the world after Harvard and Yale, while al-Azhar University and other moderate centers of religious learning in Egypt, Tunisia, Morocco, and elsewhere languish in disrepair.

The religious learning and leadership of the community requires strategic attention. While building centers for science and technology and investing in infrastructure, economic development, and trade is important, it might be equally—or even more—important to invest in the future of religious education and leadership. Perhaps al-Azhar itself could be re-envisioned and transformed into the key center of religious education and training that it once was, but expanded to be a serious center of research into the human and natural sciences as well; or perhaps there could be other visions and plans to move forward. In either case, the vacuum and vulnerability left by the abolition of the caliphate and the undermining of traditional and moderate religious institutions has given rise to threats and challenges that can no longer be ignored.