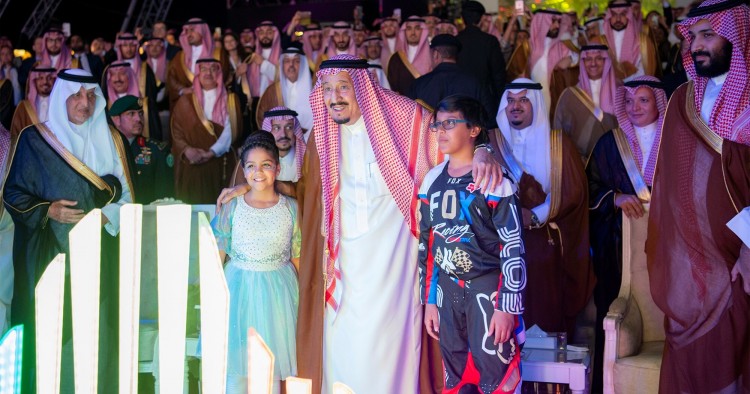 One of the overarching challenges now facing Saudi Arabia is how to move away from an economy based almost entirely on the production and export of petroleum. Years of guaranteed, albeit volatile, demand for oil and gas are starting to come to an end. Global aggregate demand has begun to show the effects of cheaper North American production and a shift toward greener technologies. While that is to be praised, and indeed celebrated, it also raises significant questions about the future of one of the world’s largest rentier economies, Saudi Arabia. At the same time, deep divides across Saudi society present a barrier to following the developmental approach adopted by some of the smaller Gulf states. Saudi Arabia remains markedly more conservative than its neighbors, where long-standing initiatives to promote foreign tourism have worked to familiarize many with other ways of life. Instead, many in the kingdom are promoting ways to increase economic diversification in a manner that better aligns with Saudi society, and in family-friendly tourism they may have found a potential golden ticket.

First, it is essential to understand why Saudi development authorities are so keen to adopt the moniker of “family-friendly.” Two of the kingdom’s closest neighbors, Bahrain and the UAE, have also adopted a tourism-driven approach to development, although they have gone about it in different ways. Bahrain, for instance, has a reputation of being the “Sin City” of the Gulf. Likewise, the relative liberalism of the UAE would likely create a strain on a Saudi society that, until mere months ago, forbade women from driving. Instead, to differentiate their offering in what is a competitive regional market, the Saudis are making the case that unlike playboy Bahrain or extravagant Dubai, their tourism draw is for families.

In fact, the kingdom has already taken a number of steps to this effect. Over the course of the last 18 months, many new investment plans have been announced for the country, such as the rather outlandish “Neom,” a glitzy city designed to compete with the likes of Dubai and Doha. While Neom has garnered the most press coverage, funding and plans for other new tourist infrastructure were also announced, ranging from new tourist destinations in the capital to theme parks that would rival those of Florida or California. Combined with this have been other moves to help encourage entertainment from private spaces to more public venues: cinemas have been legalized (although they are still heavily censored) and families are now allowed to attend soccer games together. Additionally, there are new initiatives to promote Saudi Arabia’s natural attractions as well.

Given Saudi Arabia’s current cultural divides, the “family-friendly” label provides an opportunity for actors at multiple levels of Saudi society to agree on the need to further open the country.  For all parties, the awareness that Saudi Arabia’s oil will not last forever is a compelling reason to push ahead with efforts to diversify and build up other areas of the economy. Conservative Saudis appreciate that this is being done with a focus on family, while those with more moderate viewpoints see this as an opportunity to encourage more reforms in the future, as the presence of foreign tourists introduces more conservative elements of Saudi society to the potential benefits of adopting certain outside influences.

Nonetheless, it is important to keep the numbers in mind as well. The Saudi Public Investment Fund, the kingdom’s sovereign wealth fund, is backing many of these projects. The figures it cites are both depressing and perhaps a bit too optimistic. By 2030, it is hoped that 224,000 jobs will be created directly and indirectly as a result of Saudi investment in entertainment, leading to a nearly $5 billion increase in GDP.

These numbers are based on the prediction that Saudi Arabia will attract nearly 30 million visitors a year by 2030, the end of the Saudi Vision 2030 program. This would position Saudi Arabia’s tourism industry only slightly behind those of Thailand or Germany, and ahead of that of Japan. Even counting pilgrims (which that number does not), Saudi Arabia is unlikely to see that type of tourism growth.

Yet none of that should considerably dissuade Saudi Arabia from pursuing this plan. For starters, the country’s tourism officials do have a point that Saudi Arabia has a comparative advantage as a family-friendly destination without Dubai’s high price tag or Manama’s focus on bars and nightlife. Additionally, the kingdom’s large domestic population may also help drive internal demand for family-friendly tourism regardless of any bureaucratic delays in updating tourist visa procedures. Currently, foreigners from outside the Gulf Cooperation Council still face considerable hurdles in visiting Saudi Arabia, and while change is coming to those procedures, a family-centered approach will help bridge the gap between the opening of attractions and the arrival of foreign visitors. Saudi Arabia plans to encourage families to double their annual spending on recreation. At present, Saudis spend nearly $20 billion a year on tourism outside of their home country.

That said, Saudi Arabia is quite clear about its desire to move forward on attracting more tourism from abroad as well. To that end, it recently announced the creation of a Ministry of Culture that has the stated goals of facilitating foreign tourism to the kingdom, promoting culture, and expanding its nascent entertainment industry.

These are not, however, even the strongest reasons to follow through with the family-friendly tourism plan. Even more compelling is the likelihood that encouraging tourism and creating mechanisms to facilitate it will help to combat many of the less savory images of Saudi Arabia. With a high standard of living and a substantial population, the country is already an economic power. By bringing more tourists in to see the kingdom firsthand, Saudi Arabia may even be able to achieve a degree of soft power as well. If that happens, Saudi Arabia could be in an excellent position to promote its brands across the Islamic world as a whole, furthering its broader goal of economic development and diversification.

Kevin Newton is the founder and managing director of Newton Analytical, a firm specializing in consulting on the Middle East and Southeast Asia, particularly in the areas of Islamic law and finance. The views expressed in this article are his own.