Challenging the cold peace: Jordan’s cancellation of the land lease 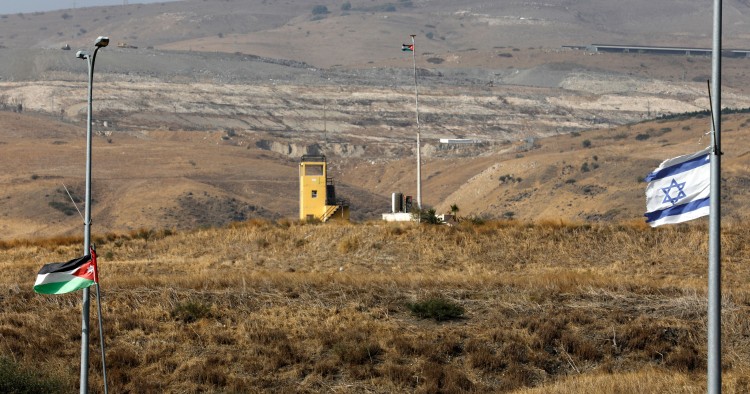 On Oct. 21, 2018 Jordan’s King Abdullah II announced that he would not be renewing a lease of two Jordanian parcels of land to Israel. The decision to end the lease arrangement took place on the anniversary of Yitzhak Rabin’s assassination––a highly symbolic move by King Abdullah, whose father, King Hussein, signed the lease agreement with then Prime Minister Rabin as part of the October 1994 Jordanian-Israeli peace treaty. Despite the recent exchange of ambassadors following a diplomatic rift, the decision by the Jordanian monarch is likely to exacerbate long-simmering tensions between the two nations and challenge the cold peace that has been in place since 1994.

Al-Baqura and al-Ghamr, the two parcels of Jordanian land in question, were leased to Israel for a period of 25 years under Annex I of the Jordanian-Israeli peace treaty. Known as Naharayim and Zofar in Hebrew, the parcels have predominantly been used by Israeli farmers, who have applied their private land use and travel rights to cultivate the areas, totaling about 1,000 acres.

Throughout the past year, King Abdullah has faced increasing pressure over his relationship with Israel and the existing peace agreement. In the wake of the Trump administration’s decision to recognize Jerusalem as Israel’s capital in December 2017, a parliamentary committee was established to review the entirety of the peace agreement with Israel. At the same time, tens of thousands of Jordanians called on the government to abrogate the treaty and to “reassert Jordanian sovereignty” over the two leased areas. The popular protests included 85 Jordanians who signed a petition in October urging King Abdullah to cancel the treaty’s first annex. King Abdullah attempted to appease his critics by vowing to cancel the lease agreement in light of “regional circumstances” and to protect “the interests [of] Jordan and the Jordanians.”

King Abdullah’s announcement follows recent crises in Jordanian-Israeli diplomatic relations, which have brought about a reduction in bilateral cooperation and mutual trust. Tensions between the countries rose last summer following the installation of metal detectors around the al-Aqsa Mosque, of which Jordan is the custodian. In July 2017, a stabbing and shooting incident at the Israeli embassy compound in Amman left two Jordanians dead, leading to a nadir in bilateral ties. A diplomatic standoff ensued as the Israelis refused to prosecute the guard and both ambassadors were recalled. Formal diplomatic ties were only re-established in February 2018, following an official expression of regret from Israel and the payment of $5 million to the families of the victims.

While Israeli Prime Minister Benjamin Netanyahu cannot challenge Jordan’s exercise of sovereignty over the two areas, he can resort to substantial economic leverage in his quest to extend the deal. The 1994 Jordanian-Israeli peace agreement incorporates clauses that contain economic benefits for Jordan––affording Israel particular influence given Jordan’s ongoing recession. Despite the acceleration of economic activity in recent months, Jordan’s economy continued to see a low-growth trajectory due to a high unemployment rate and insufficient fiscal reform. Article 14 of the 1994 agreement, for instance, ratifies overflight access and logistical access to Israeli ports for Amman. With the ongoing war in Syria, Haifa Port has become an important trade hub for products destined for Jordan, allowing for shorter, cheaper, and safer trade routes.

In the wake of a series of attacks on the Egyptian pipeline in 2013, Jordan has also increasingly looked to Israel for energy. In August 2018, work began on a 65-km pipeline that is supposed to transport gas from Israel’s Leviathan field to Jordan at the start of 2020. The pipeline promises to bring $10 billion of natural gas to the kingdom over 15 years, saving the country around $980 million on its energy bill and allowing Jordan to meet its rising energy needs.

Despite the potential for leverage, it is unlikely that Netanyahu’s attempt at negotiations will lead to a reversal of King Abdullah’s decision due its broad public support within Jordan. With that, a further implication of the move is its potential to buttress existing criticism of the 1994 Jordanian-Israeli peace agreement for a more comprehensive challenge of the accord. In addition to the lease, the water-sharing agreements that have flowed out of the peace treaty are deeply unpopular among Jordanians, who claim that successive Israeli governments have failed to provide an equitable share of water.

In the last two years, the Jordanians have repeatedly criticized Israel for hindering the implementation of the “Red Sea-Dead Sea project,” which was signed in 2015 and includes the construction of a desalination plant in Aqaba as well as a 200-km pipeline from the Red Sea to the Dead Sea for seawater transfer. Jordanian Water Authority chief Saad Abu Hammour warned Israeli diplomats two years ago that his country would have no choice but to demand the territories of al-Baqura and al-Ghamr back if Israel did not move forward with the project.

In their protest against a renewal of the lease, Jordanian activists and politicians claimed that it was humiliating for perpetuating “the occupation” of Jordanian territory. These critics will likely welcome the cancellation of the land lease as a first step toward the complete annulment of the peace treaty.