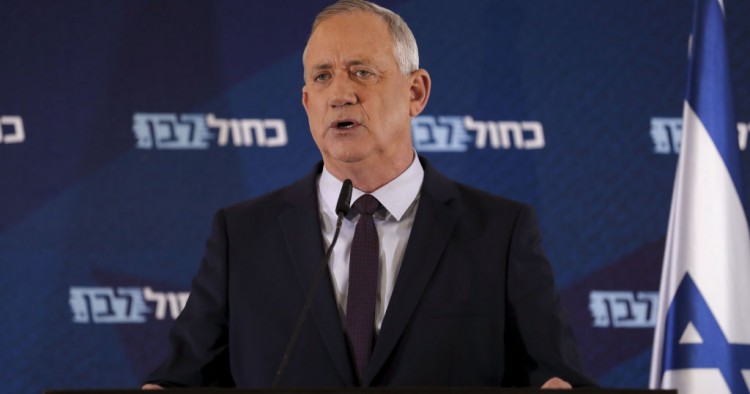 With the coronavirus sucking almost all of the oxygen out of the world’s news, it’s no wonder that Israel’s ongoing political crisis hasn’t received more coverage. But while the outside world is otherwise occupied, Israel, besides battling corona itself, is serving as a poster child for dysfunctional (yet democratic) government, having had three elections in less than a year, a proposed “unity” government agreement torpedoed, and facing the real possibility that a fourth general election could be called in a few weeks. And the reasons are less ideological than personal.

The person in question is Benjamin (“Bibi”) Netanyahu, who recently became the longest-serving Israeli prime minister, surpassing founding father David Ben-Gurion at over 14 years and counting, including the last 11 years continuously. In Israeli terms, he is perhaps best described as “mainstream right,” though Israel’s denuded Left tends to see him as the next thing to a fascist. However, Israeli politicians further to the right, such as current Defense Minister Naftali Bennett, view him as weak and unreliable on issues like settlement expansion, annexation of the West Bank, and dealing with the Hamas regime in Gaza. Nevertheless Bennett is eager to go into a new coalition with Bibi, as Likud is by far the largest party on the right, but preferably without including any parties that hew toward the center, such as Benny Gantz’s Blue and White party, with whom Bibi is currently in (ostensibly serious) coalition negotiations.

Bibi is the issue

The biggest issue by far in the last three elections is Bibi himself, who is currently under indictment for fraud, bribery, and breach of trust; his trial was scheduled to start March 27 but was postponed at the last minute due to the coronavirus. The only thing that held four disparate factions together in Blue and White was an oft-proclaimed promise never to go into coalition with Bibi, unless he has been judicially found not guilty. Thus, when Gantz suddenly announced his coalition negotiations with Netanyahu in early April, with Bibi to remain as prime minister, his party immediately split. Nineteen newly-elected members of the Knesset (MKs) stayed with him in Blue and White; the other 14 announced they would be in the opposition. Gantz asserted that the coronavirus represented enough of an emergency that a non-caretaker government is needed — and that he would restrain Bibi’s excesses. He would “rotate” into the prime ministership after 18 months or if Bibi left for any other reason — and this would be written into law.

Apoplectic, Bibi’s disparate enemies watched as the prospective coalition also attracted three of the four MKs from the decimated Labor Party, who had also sworn never to serve with an indicted prime minister, until the negotiations hit an unexpected snag. Likud demanded veto power over judicial selection, which has traditionally remained largely non-partisan. Gantz balked at that, though he had already accepted the new government would annex West Bank settlements, albeit with various caveats which might or might not be effective. Pundits opined that Bibi’s chief — perhaps overwhelming — concern was to prevent his going to trial or a possible Supreme Court ruling that a person under indictment could not form a government. There already is a legislative bar against serving as a minister.

Gantz’s 28-day mandate to form a government (which was to, uniquely, be headed by his opponent) was due to expire Monday, April 13, and Gantz requested a two-week extension, which is normally routinely granted, but at the discretion of the president. The incumbent, Reuven Rivlin, is an old Likudnik but with a rancorous and public feud with the prime minister — and also determined to avoid a fourth election. Instead of granting Gantz’s extension or giving the mandate to Bibi, as the only other person with a viable chance to obtain the 61 Knesset votes necessary to form a government, he presented it to the entire Knesset, enabling any MK with 61 votes to form a new government with a three-week deadline. This puts additional pressure on Bibi to accede to the nearly-signed coalition agreement.

The current speaker of the Knesset happens to be Benny Gantz. If he believes Bibi is stalling in order to run down the clock and force a fourth election, which current polls indicate he would win handily if held now, he could schedule a vote on a bill that would bar anyone under indictment from forming a government. Though he does not have the 61 votes necessary to form a government on his own, he might well be able to pass such a law, given the number of enemies Bibi has accumulated. The threat of such a development might push Bibi into dropping his judicial demands and accede to the coalition in waiting.

So far it hasn’t. Rivlin, under great pressure, granted Gantz a two-day extension, but that expired Wednesday at midnight with no apparent progress. Now the mandate is in the Knesset but as yet there is no indication that Gantz will proceed with an anti-indictment bill. The staunchly anti-Bibi forces fear he lacks the killer instinct to do it.

While personal hatreds are nowhere absent from politics, what is notable here is the near complete lack of ideology. Gantz is a candidate almost solely because he is an ex-general and not Bibi. Most of the pitiful remnants of the Labor Party, once the standard-bearer of Israel’s “Left,” have hastened to join a coalition that would include some of the most right-wing parties in Israel. And the coronavirus, ostensibly the reason for Gantz’s apostasy from the anti-Bibi coalition? The effort against it seems to be proceeding, at least from an American’s perspective, rather well, even without a real government in place. It is primarily a fight over personality and power and, for Bibi, to keep out of jail; policy, let alone the occupation, is not really part of the calculus.

The political circumstances are so extraordinary — even apart from the global coronavirus context — that a rational estimation of how this may play out seems impossible. At least there are strict deadlines that must be followed; within three weeks we should know whether there is a new coalition government or a new election.  Seemingly this can’t go on, but that’s what we said when the second election was called, now a year ago. Compared to the election conundrum, the coronavirus problem seems almost solvable.

Paul Scham is a scholar at MEI and the executive director of the Gildenhorn Institute for Israel Studies at the University of Maryland, where he teaches courses on the history of the Israeli-Palestinian conflict. The opinions expressed in this article are his own.