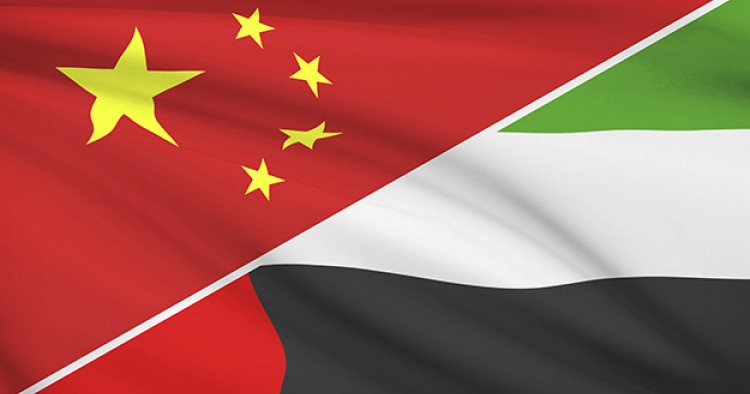 Historically, promoting dialogue between people of different nations has been a way to build bridges of understanding between countries. For example, since 1946, the U.S. Fulbright Exchange has served to strengthen relations between the United States and other countries. Similarly, as the partnership between China and the UAE has grown significantly in recent years, both governments have come to recognize the importance of overcoming linguistic-cultural barriers. They have therefore worked cooperatively to increase the number of Emirati and Chinese professionals who are acquainted with each other’s societal norms and customs, methods of performing business, and national and institutional interests.

The two countries are pursuing this goal in a variety of ways, perhaps most importantly in the sphere of education. The New York University (NYU) in Abu Dhabi now offers Chinese language courses. The students who study Chinese to complete their language requirement are encouraged to participate for a minimum of one semester at the NYU program in Shanghai and its summer language program in Beijing. In addition, NYU in Abu Dhabi has offered other China-related courses, such as Classical Chinese Philosophy and the Ancient World, Arab Crossroads in China, Education and Nationalism in Modern China, and Environmental History of China. As of 2013, about 27 Chinese students were enrolled at the university,[1] which also promotes Chinese cultural events, including an annual celebration of the Chinese New Year.[2]

Although it is difficult to find an exact figure for the number of Chinese students currently studying in the UAE, it is clear that the number has increased in recent years.[3] Several factors drive students from China to study in the Emirates. As a report in The New York Times suggested,[4] some Chinese students may simply want a different experience than their peers are having in traditional destination countries such as the United States, the UK, and Australia. In addition, students are now able to obtain degrees from prestigious Western universities such as NYU, the London Business School, or Australia’s University of Wollongong, in the UAE, a country that is closer to China and enjoys a lower cost of living than the United States, the UK, or Australia.

At the elementary school level, Al Mushrif Chinese School officially opened in Abu Dhabi in 2010 with backing from Crown Prince Sheikh Mohammed bin Zayed. The first Chinese school established in the region, it was founded to introduce Chinese culture and language to younger generations. Meanwhile, the Confucius Institute, which offers Chinese language and culture classes to the general public in about 100 countries around the world, opened its first branch in the Gulf region in 2011 at the University of Dubai.[5] The center offers five levels of term-long courses, and students can choose either English or Arabic as the medium of instruction.[6] In addition to language courses, students are able to study Chinese medicine or Kung-fu,[7] and the center also organizes a summer camp in China.

Over the years, the Confucius Institute in Dubai has taught people of all ages from a wide range of backgrounds. Students have included police officers, customs agents, and the staff of the Dubai Department for Economic Development.[8] Dubai police officers studied Chinese at the institute to help them communicate with the increasing number of Chinese expatriates and tourists in the city. The officers were required to study for 20 hours each week for three months and also received lessons about China’s culture, history, and even currency. This is just one example of how the China-UAE educational partnership provides benefits that go beyond the classroom.

Zayed University has also established its own Confucius Institute for Chinese Language at its campus in Abu Dhabi.[9] Although the institution was initiated in 2009 during the visit of the Emirati Minister of Higher Education and Scientific Research to Beijing, it was officially inaugurated in 2012 under an educational partnership between Zayed University and Beijing Foreign Studies University (BFSU) as an effort to promote cultural understanding between China and the Emirates. Similar to its counterpart in Dubai, the Confucius Institute at Zayed University offers students the opportunity to learn the Chinese language as well as courses related to Chinese culture.[10] Other institutes such as Eton Institute have also begun to offer Chinese language courses in the UAE.[11]

It is important to note that BFSU has offered Arabic language courses for some time, as have other Chinese universities such as Xian International Studies University in Shaanxi Province. In 1994, the UAE became the first Arab country to establish an institution for Islamic studies in China when it founded the UAE Centre for the Study of Islamic Culture and the Teaching of Arabic Language at BFSU.[12] In 2012, to commemorate its founder’s role in disseminating Islamic culture and the Arabic language and in supporting academic research outside the Middle East, the center was renovated and renamed the Sheikh Zayed Centre for Islamic and Arabic Studies.[13] As early as 1993, the UAE government helped to finance the expansion of the China Islamic Association’s printing factory and granted the Chinese government permission to set up UAE branches of Xinhua News Agency and the newspaper People’s Daily.[14]

Interest in learning the Arabic language has increased in the past years in China due to its increasing cooperation with Arab countries. Arab News recently reported that the number of Chinese students taking Arabic has risen to fifty thousand,[15]and at least 40 institutions around the country now offer Arabic classes. According to The National, many graduates from these universities are hired as translators by Chinese companies operating in the Middle East.[16] In addition to universities, a number of schools linked to mosques also teach Arabic, many using a series of Arabic textbooks published by BFSU that include stories and poems by Emirati writers.

To strengthen their relationship, China and the UAE have also initiated study abroad programs and educational exchanges. Early in 2012, for example, representatives from Abu Dhabi University visited China to conduct a market study and explore the potential for regular exchanges with Chinese universities. In the same year, a number of Chinese delegates focusing on environmental issues visited Al Mushrif School in Abu Dhabi.[17] The purpose of the visit was to highlight shared concerns about the threatened houbara bird, which often migrates from China to the Emirates. Several UAE-based universities are also trying to attract more students by sending their recruitment teams to China.[18] The partnership between Zayed University and Beijing Foreign Studies University also aimed to advance exchanges and mutual visits of students, professors, and even administrative staff.[19]

In 2009, the Abu Dhabi Authority of Culture and Heritage (ADACH) and China’s Ministry of Culture signed a Memorandum of Understanding that encouraged cultural diplomacy and dialogue, marking a new high point in cultural ties between the two countries.[20] The next year, the UAE participated in the 2010 World Expo, hosted by Shanghai, which, according to one Emirati official, offered “many excellent opportunities for companies in the UAE and China to get to know each other better and to explore partnership…opportunities.”[21] A conference was also held by the two countries specifically to strengthen Beijing-Abu Dhabi cultural relations.[22] In February of this year, a Chinese cultural show was held in Dubai to both celebrate the Chinese New Year and commemorate decades of Sino-Emirati partnership.[23]

To facilitate the expansion of cultural and educational ties, leaders have sought to make travel between China and the UAE easier. Air carriers based in the Gulf, including Emirates, the UAE’s national airline, have increased their number of flights to and from China.[24] In fact, one UAE airline, Air Arabia, has become the first Middle East budget carrier to China and recently launched nonstop flights three times weekly between Sharjah and Urumqi, Xinjiang Province’s capital and home to the country’s Muslim Uighur minority.[25] In 2009, the Abu Dhabi Tourism Authority (ADTA) opened an office in Beijing in order to promote tourism in the UAE.[26] In 2012 and 2013, the Chinese Visitor Summit was held in the UAE, bringing around 75 of China’s top outbound tourism companies to the country in an effort to attract more Chinese tourists. The ADTA has also partnered with the Hong Kong University Polytechnic to organize workshops for Emirati students in the hospitality sector, familiarizing them with “Chinese culture and the needs of Chinese tourists.”[27] Several Emirati hotels and famous tourist destinations, such as Yas Island, have introduced Cantonese and Mandarin speaking staff and tour guides in order to facilitate communication with the increasing number of Chinese visitors. In addition, to ease access for Chinese tourists the Abu Dhabi government has started issuing multiple entry visas to Chinese passport holders.[28]

These measures appear to be working. Between 2013 and 2014, the number of Chinese visitors to the UAE reportedly increased by 25 percent.[29] In 2014, Nu Skin China, a producer of nutrition and beauty products, flew 14,500 members of its staff to Dubai and spent hundreds of millions of dollars on what may have been “the largest corporate holiday ever held in the UAE.”[30] Early this year the Abu Dhabi Tourism and Culture Authority (TCA) and the Chinese Tourism Academy selected 20 hotels in the Emirates that will receive a special certification based on the services they provide to Chinese tourists.[31] To become certified, a hotel must employ Chinese-speaking staff, provide Chinese foods, and offer menus and tourist guides in Chinese. Such initiatives are likely to contribute to deepening contacts among business people, politicians, tourists, academics, and students.

The relationship between China and the UAE should continue to flourish, and China-UAE cooperation in education and research will likely witness more positive developments in the coming years. For instance, the Dubai International Academic City, an area where 21 universities from around the world have set up branches, is expected to enroll over 20,000 students.[32] This will likely attract more Chinese students to the UAE. The Chinese and the Emiratis have recognized that in order to further strengthen ties, steps must be taken to minimize cultural barriers. Their growing relationship in the spheres of education and tourism will likely contribute to even deeper political and economic links in the future.