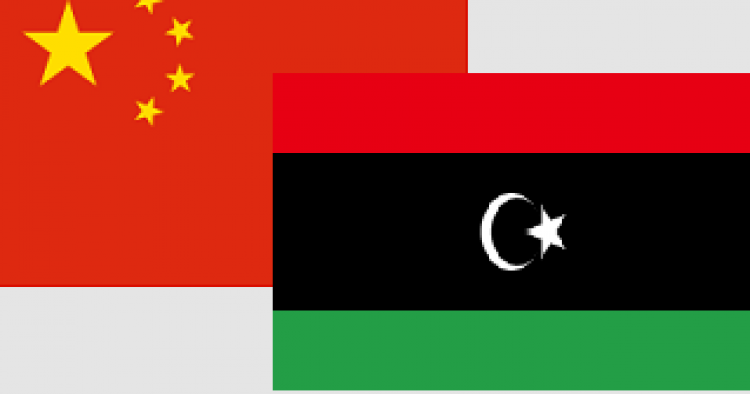 Over the past several years, China has gradually consolidated its economic presence in the Maghreb countries in the areas of trade, investment, and infrastructure projects. Beijing has become active in these countries, focusing on bilateral relations while also working within the Forum on China-Africa Cooperation (FOCAC) and the China-Arab States Cooperation Forum (CASCF). According to the China Global Investment Tracker, trade between China and the five Maghreb countries reached nearly $23.5 billion in 2019. Chinese investments and contracts in the Maghreb region between 2005 and 2019 stood at $29.6 billion, with Algeria taking the lion’s share ($23.6 billion).[1]

China’s growing economic and commercial ties with the Maghreb is driven mainly by the Belt and Road Initiative (BRI) — ties that can be expected to expand and deepen, given the region’s strategic geographical location. Since the launching of the BRI China has established comprehensive strategic partnerships with Algeria (2014),[2] and strategic partnerships with Morocco (2016).[3] Through its various interactions with the region, Beijing has also sought to showcase its state-led development model. China’s growing role in the Maghreb is therefore likely to have far-reaching consequences for the countries of the region.[4]

Yet, the political turmoil that has plagued the region since the Arab Spring uprisings in 2011, most notably the ongoing conflict in Libya, has made it difficult for China to realize its aim of incorporating the Maghreb into the BRI framework. This article discusses China’s efforts to protect and promote its economic interests in Libya, thereby advancing its prospects for extending the BRI to the region.

PRC established diplomatic relations with Libya in August 1978. Since then, the two countries have developed extensive ties despite some sources of tension and awkward moments in bilateral relations. At the time of the Libyan uprising in 2011, about 75 Chinese enterprises were operating in Libya; the value of Chinese contracts had climbed to an estimated $20 billion; and more than 36,000 Chinese workers were engaged in about 50 infrastructure projects.[5] Meanwhile, energy cooperation — long the core of the bilateral relationship — was thriving, with Libya providing 3% of China’s oil supplies, accounting for one-tenth of Libya’s crude exports. All three of China’s top state oil companies (i.e., CNPC, Sinopec Group, and CNOOC) were involved infrastructure projects.[6]

However, the outbreak of the First Libyan Civil War in 2011 disrupted all these activities. At the outset of the conflict, many Chinese companies in Libya were raided and robbed, and dozens of Chinese employees were seriously injured.[7] According to the Chinese Ministry of Commerce (MOFCOM) estimated the losses exceeded $1.5 billion. The Chinese leadership had to move quickly to evacuate 35,860 Chinese nationals from the country.[8] Projects were suspended or postponed. Chinese enterprises sustained not just the loss of business earnings but the loss of fixed assets.[9]

With the outbreak of the Second Libyan Civil War in 2014 and the turmoil that has engulfed the country since then, China’s prospects for renewed and expanded economic engagement with Libya have become even more complex and challenging.[10] Yet, China’s ‘balanced vagueness’ in dealing with the evolving conflict has thus far appeared to work to its advantage.

Throughout the Second Libyan Civil War, Beijing has maintained a cautious and balanced approach, focusing on long-term interests. Officially, China has supported the UN-backed Government of National Accord (GNA). Chinese diplomats have met with GNA officials while keeping economic channels open but careful not to burn bridges with the Libya National Army (LNA).

Beijing has consistently denounced foreign interference and repeatedly called for a political solution to the conflict, endorsing a cease-fire and settlement among the warring parties under UN auspices.[11] At the same time, however, Beijing has adjusted its approach from one of strict non-interference to a ‘non-aligned’ strategy, placing bets on both sides of the conflict in an attempt to handicap the outcome and thereby secure its interests.[12]

These efforts reflect Beijing’s long-term interest in integrating Libya into the BRI. Beijing views Libya — an oil-rich country connecting the Mediterranean Sea to sub-Saharan Africa — as a potentially valuable BRI partner.[13] Beijing’s desire to develop this partnership has been reciprocated by the GNA, whose diplomatic outreach to China has intensified.[14] In July 2018, on the occasion of the 8th ministerial meeting of the Forum on China-Africa Cooperation (FOCAC), GNA Minister for Foreign Affairs Mohamed Taha Siala and Chinese State Councilor and Foreign Minister Wang Yi signed an MoU, paving the way for Libya to join the BRI and for the return of Chinese businesses to the country.[15]

In September 2018, the GNA’s prime minister, Fayez al-Sarraj, openly called for an expansion of Chinese investment in Libya. At the February 2019 Munich Security Conference, GNA representatives lauded Libya as a potential gateway for Chinese economic influence in Central Africa.[16] In response to these statements, the Chinese Ambassador to Libya, Li Zhiguo, praised the GNA for improving Tripoli’s security situation and stated that China had plans for a swift expansion of its economic presence in the country.[17]

Yet, China has not thrown all its eggs into one basket. In addition to carefully aligning its position with that of the UN in support for the GNA and courting Prime Minister Fayez al-Sarraj, China has kept its options open in the event Field Marshal Khalifa Haftar’s LNA prevails. China National Petroleum Corporation (CNPC) and its subsidiaries, for example, are poised to engage with an increasingly autonomous east, which comprises a large portion of Libya’s oil infrastructure. A senior delegation from Libya’s National Oil Corporation (NOC) visited China in July of 2019 to hold talks with CNPC officials regarding crude oil purchases and possible collaboration on exploring and developing Libya’s oilfields and services.[18]

Although energy cooperation was not initially identified as one of BRI’s main areas, it has become an essential component in implementing China’s energy security strategy. With the BRI serving as a new platform for the development of Chinese overseas energy investment, China-Libya energy cooperation could further expand.[19] And CNPC’s PetroChina can count on its ongoing cooperation with Libya’s NOC since the bulk of the country’s oilfields sit in territory controlled by the LNA.[20]

Among the major international players in Libya, China is moving from a neutral position to increasing prominence, poised to advance its BRI framework regardless of which Libyan faction triumphs on the ground.

The fact that the conflict has become a proxy war fueled by rival foreign powers has made Beijing’s task of crafting a principled and effective Libya policy even more challenging. Beijing has responded to this challenge by steadfastly supporting multilateral, as opposed to country-led peace initiatives — a position that aligns closely with its views on the international order and strategic priorities. This position also reflects China’s skeptical view of individual external stakeholders’ ability to influence Libya constructively. Though strongly favoring multilateral peace initiatives ideally operating with a UN framework, Beijing is unlikely to seek or play a central, direct role in resolving the conflict.[21]

Nevertheless, whereas countries such as the UAE, Russia, France, or Turkey can provide the powerful military hardware to win battles, China is one of the few nations that can provide financial and technical support to rebuild the country. China can play a significant role in Libya’s reconstruction and redevelopment regardless of which faction prevails in the ongoing civil war.[22]

Once the Libyan conflict reaches an equilibrium point, China will undoubtedly seek to exploit the synergy between the BRI framework and Libya post-conflict reconstruction. When that moment arrives, the cautious and limited engagement approach that Beijing has followed will likely provide China with a broader scope for intervention, not only into Libya’s economic affairs but also its political sphere.

[21] Ramani, “Where Does China Stand on the Libya Conflict?”