Civilianization of Politics in Turkey 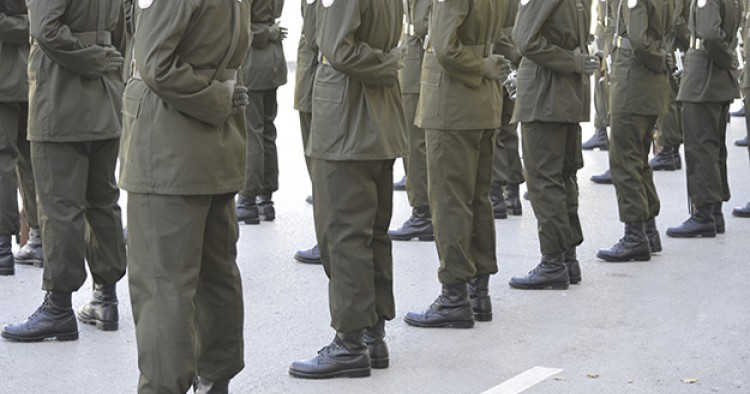 What went wrong with Turkish democratization? If written a year or two ago, this essay would point to the successes scored by the Justice and Development Party (AKP) for the civilianization of Turkish politics and the normalization of civil-military relations.[1] However, recent developments show that civilianization and normalization cannot bring consolidation to Turkey’s broken democracy.

This essay explains how Turkey civilianized and what is still necessary for Turkey to develop from a formal to a liberal democracy. My argument is that civilianization, which once was thought to be the only remaining piece of the puzzle, is a necessary but not sufficient condition for consolidation of Turkey’s democracy. Thus, other conditions are also necessary for Turkey and other democratizing countries’ democratic consolidation.

The first step of civilianization requires changing the laws so that the military does not have any legal framework to justify its intervention in politics. Turkey’s 1982 constitution, drafted under the supervision of the 1980 coup leaders, provided an inadequate framework for democratic transition and consolidation. It was perhaps good fortune for Turkey that EU countries knew of the constitution’s deficiencies and insisted that changes be made to the document after Turkey’s official European Union candidacy bid in 1999.

In 2001, EU harmonization laws were passed by the coalition government of the Democratic Left Party (DSP), the National Action Party (MHP), and the Motherland Party (ANAP). After these parties were voted out of parliament in 2002, constitutional amendments continued under the AKP majority government. The changes were substantial. For example, gendarmerie commanders could no longer act as governors of provinces, which was a common practice in the 1990s during the most intense periods of the Kurdish insurgency. Moreover, in 2003, with the seventh package of changes, the jurisdiction of military courts over civilians was curbed. The role of the National Security Council was also reduced to a consultative body, which was perhaps one of the most important developments in Turkish civil-military relations. In sum, the legal framework of healthier civil-military relations was more or less in place in Turkey by 2006. The EU’s contribution to this process cannot be overlooked, though for the civilians who looked for a way to rein in the Turkish Armed Forces (TSK), EU candidacy was merely a justification—and a strong and valid one at that.

In the September 2010 referendum, a package of 26 amendments initiated by the AKP passed with 58 percent of the vote. Among less controversial issues such as strengthening women’s, children’s, workers’, and civil servants’ rights, the package made the military accountable to civilian courts and lifted immunity from prosecution for the leaders of the 1980 coup. The amendments also proposed strengthening the positions of the president and the parliament over the appointment of judges and prosecutors. This move made the referendum and its results contradictory. The separation of powers between the executive and the judiciary had been a main pillar of the regime since the establishment of the republic in 1923. While this issue raised eyebrows in Western circles,[2] the majority of Turkish people believed that the package strengthened Turkish democracy overall, and the EU welcomed the outcome of the referendum.[3]

The AKP government then argued that constitutional amendments were not enough to create a sufficiently civilian framework. In the government’s view, the coup leaders’ constitution had to be disposed of to further curb the military’s legal powers. In September 2011, the speaker of the Turkish parliament met with constitutional experts about drafting a new constitution that would aim to not only further civilianize the constitution but also establish new institutional mechanisms. These measures included, for instance, holding the General Staff responsible to the Ministry of National Defense[4] and changing the military’s Internal Service Law, which was the justification that the TSK used for its 1980 coup.

Changes to the legal framework are crucial for civilianization; however, in a country that tries to construct a democratic culture from an imperial and non-democratic heritage, symbolic changes also matter. One such symbolic change during the AKP’s reign was the 2011 shift in seating arrangements in the Higher Military Council as well as the National Security Council. Previously, the military officers had sat across from the civilians in a confrontational manner, while the new regulation stipulated that the military and civilians sit among one another. This change was allegedly initiated at the request of President Abdullah Gul; however, in response to a question from opposition party MP Gurkut Acar, the TSK issued a memo elaborating that the chief of the General Staff was the architect of this new initiative. Liberals interpreted this as a sign that the military had transformed enough to take the initiative for these symbolic changes.

Yet behavioral changes are what really count in the transformation of civil-military relations. The TSK was very politically outspoken in the 1980s and 1990s. There has been a change in this trend, from an active use of the TSK’s public relations and media office to, more recently, silence even on matters that have historically been important to the military, such as political Islam and the Kurdish issue. Furthermore, for the first time in Turkey’s history, the military was prosecuted for coup attempts. Since 2008 state prosecutors have pursued the Ergenekon trials, which have led to the imprisonment of dozens of military figures who were implicated in coup attempts, despite dissenters’ claims that the AKP government is taking revenge for the February 28, 1997 “process” that resulted in the resignation of the pro-Islamist Welfare Party.

Nevertheless, the military cooperated in the trials in an unprecedented manner, despite the fact that they were far from fair. Indeed, several civilian and military detainees were held for years before the prosecutor prepared case files and the proceedings were conducted. The trials served as a test to determine whether the military would refrain from trying to influence the prosecution while the former Chief of Staff Ilker Basbug received a sentence of life in prison. (He was released in March 2014 after serving 26 months.) The TSK passed that test despite accusations from erstwhile supporters of letting the Islamists win, abandoning its officers, and being heavily infiltrated by Islamists, namely the Gulen movement.

Gaps in the Civilianization of Turkish Politics

The issue that has remained the most problematic in Turkey’s civilianization over the last decade has been parliamentary oversight (or the lack thereof) in regard to defense-related expenditures. As Steven Cook remarks in his piece on Turkey in this series, economic sources of the Turkish military’s political power are still largely intact. Strengthening legal and practical aspects of parliamentary control of the military’s economic power is essential for further democratization. For instance, parliamentary control of extra-budgetary funds remains weak and the Turkish Armed Forces Foundation’s (TSKGV) tax privileges are questionable. Furthermore, the use of discretionary funds in counterterrorism operations is far from transparent. [5] In a country whose economy has long suffered from the debilitating effects of corruption, transparency is the only way to achieve more than just a nominal democracy.

While at first the AKP seemed to be aware of this issue, after some time working on a new constitution Deputy Prime Minister Bulent Arinc declared in November 2013 that he had no hopes that the new constitution would be completed before 2015. Arinc argued that with local elections in March 2014 and presidential elections in August 2014, parties are not willing to reach consensus. Hence only 40 articles have been negotiated in the last couple of years since the committee started working. Shortly after Arinc’s comment, the speaker of the parliament, Cemil Cicek, announced his belief that the commission would not be able to draft a constitution. Consequently, despite the protests of the three opposition parties—the MHP, the Republican People’s Party (CHP), and the pro-Kurdish Peace and Democracy Party (BDP)—the commission was officially disbanded.[7]

Moreover, the latest democratization package that the AKP passed was disappointing not only to advocates for Kurdish rights but also to the liberal intelligentsia. Long detainee periods were common in the trials of people associated with the Kurdistan Communities Union (KCK), the alleged urban extension of the PKK.[8] Pro-Kurdish politicians, including 12 mayors and more than 1,500 people, have been arrested in the last few years, some of whom appealed to the European Court of Human Rights about their imprisonment periods of more than four years without a trial. The package failed to address these issues. Consequently, while the BDP was at first eager to negotiate with the government and celebrated the normalization of civil-military relations in Turkey, the party no longer seems to trust the peace process.

From the standpoint of Turkish civil-military experts, the concern has never been whether Turkey should civilianize but rather what civilianization would lead to when it was finally achieved. There is little question that Turkish intellectuals have long been disenchanted with the military tutelage regime. But while democracy is without a doubt “the ideal” for the Turkish elite and masses, there is little knowledge of what democracy really means and what is unacceptable in democracies in the larger political culture of Turkish society. This particularly pertains to civil liberties and freedoms as well as to checks and balances between the legislature, executive, and judiciary. Rising authoritarian tendencies of the government, such as bans on Twitter and YouTube in the last few months, have further scarred Turkey’s civilianization.

In sum, following the 2013 Gezi protests and the government’s harsh response to the protestors, Turkey’s success in the civilianization of its politics is quickly snowballing into uncertainty. In democracies, people need to believe in the rule of law. It is now the hope that Turkey’s politicians will not only deepen civilianization but will also reinforce people’s faith in the rule of law.

[4] The General Staff is currently accountable directly to the prime minister, which is a practice that is uncommon in EU countries; Turkey has long been criticized for failing to change this legal framework. There are various reasons for the reluctance, the most important of which is the lack of civilian expertise in the Ministry of National Defense. Changing the structure without training a solid civilian cadre in national defense would only be a symbolic change.

[5] In previous research, I found that “the difficulty of obtaining defence-related budget data, such as the military’s weapons procurement expenditures or research and development spending or its share in the discretionary funds, points to a lack of transparency and accountability of the Turkish military.” N.S. Satana, “Democratization and Parliamentary Oversight of Defence-related Expenditures: The Turkish Case,” Mert Kayhan and Merijn Hartog, eds., Promoting Good Governance in the Security Sector of Turkey (Groningen, Netherlands: Center for European Security Studies Press, 2013), 45-55.

[7] Burak Bilgehan Ozpek, “Constitution Making in Turkey after the 2011 Parliamentary Elections,” Turkish Studies 13, 2 (2012): 153-167. The failure of the new constitution disappointed all, but it was perhaps the hardest on those concerned about Kurdish minority rights. The AKP initiated a peace process with the PKK in 2012, which has been less than successful. The process has been stalled by the AKP’s overly cautious and insincere attitude as conversations with Kurdish intellectuals reflect. This attitude, paired with the BDP’s requests for concessions regarding Abdullah Ocalan’s prison conditions and likely home imprisonment, makes a lasting peace between the Kurds and Turks improbable for the foreseeable future.