Closing the Channels of the Military's Economic Influence in Turkey 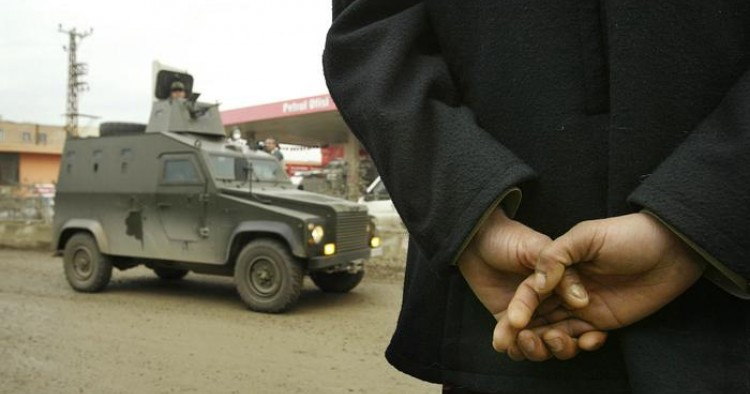 Since the patterns of civil-military relations in Turkey began to change a decade ago, analysts have focused on the modalities and the durability of civilian control of the armed forces, the consequences of the Ergenekon and Sledgehammer cases on the cohesion of the armed forces, and how the transformation of the officer corps’ historic relationship with the political system has affected the capabilities of the armed forces. Observers have given significantly less attention to the military’s role in the economy. Since the founding of the Turkish Republic in 1923, the military has deployed its power in this area through indirect means. First, during relatively brief periods of military rule, the officers influenced economic policy without dictating the details of policymaking. Second, the military’s pension fund invests its members’ funds in the economy. Finally, until the mid-1980s, the senior command exercised control over the military procurement process through various military foundations. Over time, however, the military’s ability to shape economic policies has changed and the officers’ role in the economy has become normalized.

The economic interests of Turkish officers have always been different in degree and kind from their counterparts in, for example, Egypt and Algeria, where the configuration of power has favored autonomous military establishments. The instances in which Turkish commanders have engaged in corruption or used their status to extract rent from state-owned or private enterprises are few. Unlike the Egyptian military, in particular, the Turkish military has not become a major player in the economy through either direct control of firms or, as is increasingly the case, the blurring of the military and private sectors. Still, the Turkish General Staff has had a compelling interest in the health of certain companies and sectors of the economy. In 1961, the military established OYAK (the Army Mutual Aid Association), which was—and remains—an insurance system and a means for members of the officer corps and civilian employees of the Ministry of National Defense to obtain subsidized mortgages and other loans. The Association was clearly an effort to address the grievances of the junior commanders who had undertaken the 1960 coup. Those officers were opposed to Prime Minister Adnan Menderes’ effort to limit the role of the military and were unhappy about their difficult financial circumstances. OYAK invests a mandatory ten percent salary contribution from its members (five percent from non-commissioned officers) in a variety of industrial and financial ventures, giving the military establishment a significant stake in the economic health of particular companies and sectors. In this way, OYAK is not all that different from public employee pension funds in the United States, yet the combination of OYAK’s mission, its size, and the military’s historically broad definition of national security have made the officer corps an important, though discrete, economic actor.

There have been moments when the Turkish General Staff’s interest in the economy or specific firms became more evident and active, but parochial economic gain was decidedly not a factor in these officers’ actions. In The State and the Industrialization Crisis, Henri J. Barkey makes a compelling argument that while the military stepped in on September 12, 1980 to bring to an end the left-right violence that had wracked Turkey for a decade, broad economic issues were also part of the General Staff’s calculations. By the late 1970s and early 1980s, import-substitution industrialization had run its course and the country was facing an economic crisis with anemic growth rates, dangerously low foreign currency reserves, and a full-blown balance of payments crisis. The coup provided an opportunity for the military to restructure society and the state. The first phase of this process was the implementation of neoliberal reforms that would—it was hoped—generate economic performance, thereby mitigating grievances that had contributed to the instability of the 1970s.[1]

During Turkey’s 2000-2001 economic crisis, the military also sought to intervene in the economy, but on a considerably smaller scale than the sweeping project that the General Staff undertook after the 1980 coup. Although that earlier generation of officers set Turkey on the path of neoliberal structural adjustment, its successors publicly balked at the proposed privatization of Turk Telecom even though selling the firm was a condition on which $10 billion of emergency financing from the IMF rested. Unlike the Egyptian military, which has walled off many of its business interests from privatization for parochial reasons, the Turkish General Staff opposed the Turk Telecom deal on national security grounds. Deeply cautious and profoundly concerned with anything that might compromise Turkish sovereignty, Turkey’s commanders were worried that selling Turk Telecom might give foreigners access to the country’s cellular network. In the end the General Staff dropped its opposition, but only after the government was given a “golden share” allowing it to address “security and public interest concerns.”[2]

AKP, the Military, and the Defense Industrial Base

Consonant with the changes that the Justice and Development Party (AKP) have wrought in civil-military relations—beginning with critical changes to the Milli Güvenlik Kurulu (National Security Council) in 2003—the officers’ relationship to the economy has evolved. There has been no change to OYAK, which continues to be a major investor in a range of industries. The more subtle change has been in the area of military procurement, in which civilians and decidedly mixed civilian-military agencies have come to the fore. It is too much to suggest that the Ministry of National Defense was previously merely the contracting arm of the Turkish General Staff, but when it came to the acquisition of weapons systems, civilians did not determine types and sources of equipment. Given Turkey’s rather small defense industrial base—relative to the size of its military structures—the Ministry sourced weapons systems from primarily the United States and Germany, and increasingly in the 1990s, Israel.

Prime Minister Recep Tayyip Erdogan has made the development of the Turkish defense industrial base a priority that is critical to his vision for Turkey to be a leading economic and industrial power in the twenty-first century. Despite the rhetorical emphasis, Ankara’s effort to develop a domestic defense manufacturing capability actually traces back to Turgut Ozal’s premiership. The Turks had long feared, despite the fact that the Turkish armed forces were equipped with American systems, that the United States was not a reliable partner. The removal of Jupiter missiles from Turkey after the Cuban Missile Crisis, Lyndon Johnson’s warning about the use of U.S. weapons for an intervention in Cyprus, and the 1974 American arms embargo in response to Turkey’s invasion of that island convinced Ankara of the need for its own defense industry.[3] When Ozal established the Defense Industry Development and Support Administration (DIDA), the military was opposed because it required each branch of the Turkish armed forces to give up the assets of their “military foundations” that were the means for weapons acquisition. The military was also opposed on the grounds that the private sector would be invited to participate in the defense industry.

The successor organization to DIDA is the Undersecretariat for Defense Industries (SSM) within the Ministry of National Defense. The chief of the General Staff sits on the executive committee of the SSM (along with the prime minister and minister of national defense), but the renewed emphasis in defense manufacturing has shifted attention away from the General Staff to the activities of the Ministry and, in particular, the Undersecretariat for Defense Industries. Reflecting the goals and tone that the civilian leaders have set, the SSM’s most recent strategic plan (2012-2016) is bolder than previous versions, committing the agency to  building “a sustainable and competitive defense industry;” “gaining competence in defense and security technologies;” and “achieving maturity in Program Management.”[4]

The way in which the Ministry of National Defense/SSM has sought to achieve these goals is through aggressively leveraging technology offsets with foreign defense firms. The Turks prefer agreements that allow for the co-development of weapons system to co-production and licensing, though the former option has not always been available to them due to either Turkey’s own lack of capacity or legal obstacles. Partners, notably the United States and, to a lesser extent, Europe, have had specific concerns about providing certain types of weaponry to Turkey in its war with the Kurdistan Workers Party.[5] The Undersecretariat for Defense Industries’ September 2013 decision to award a contract to the China Precision Machinery Export Import Corporation (CPMEIC) for the co-production of a missile defense system is a paradigmatic case of the aggressive Turkish approach to the next stage in the development of a mature defense industrial base. CPMEIC is a “designated” company in the United States due to its relations with Iran, North Korea, and Syria. This means that Turkish companies involved in the project could be sanctioned and that the system would never be interoperable with NATO systems.[6] And while the Chinese system, known as the HQ-9 (or by its export variant, FD-2000), may not be as capable as, for example, Raytheon’s Patriot Anti-Missile Batteries, civilian decision makers clearly calculated that the benefits to Ankara’s long-term defense industrial base-related goals outweighed both the questions about performance and the political fallout from Turkey’s NATO allies.

Given the potential diplomatic damage associated with sourcing a major weapons system from a designated Chinese company and the HQ-9’s reported shortcomings, the surprising aspect of this story has been the General Staff’s reserved stance on the issue. As noted, the officers’ economic role has historically been indirect, but at the same time, the General Staff has been decisive in the area of weapons procurement. There are two plausible explanations for the commanders’ silence. First, the SSM’s decision was not unduly worrying to the generals. Although often portrayed as pro-NATO, pro-Western, and pro-American, the Turkish officer corps comprises staunch nationalists who would prefer to be less dependent on outside powers for weapons systems. To the extent that civilian leaders are pursuing a strategy that develops the country’s industrial base in a way that enhances Turkey’s ability to develop its own weapons systems, the General Staff is likely to be supportive. Second, the AKP has so thoroughly altered Turkey’s historic pattern of civil-military relations that the senior command has little recourse to reverse a decision—even an ill-considered one—that its civilian masters have made.

After a decade of working to subordinate Turkey’s military establishment so that it cannot influence the trajectory of Turkish politics, closing the channels of the military’s economic influence has been part of this process. Despite early expectations, the AKP has not forged a more democratic and liberal Turkey, but there is no denying the critical importance of its successful effort to institutionalize civilian control of the armed forces. Normalizing the military’s place in the political and economic life of the country may not be sufficient, but it is a necessary condition for Turkey’s future democratic transition.