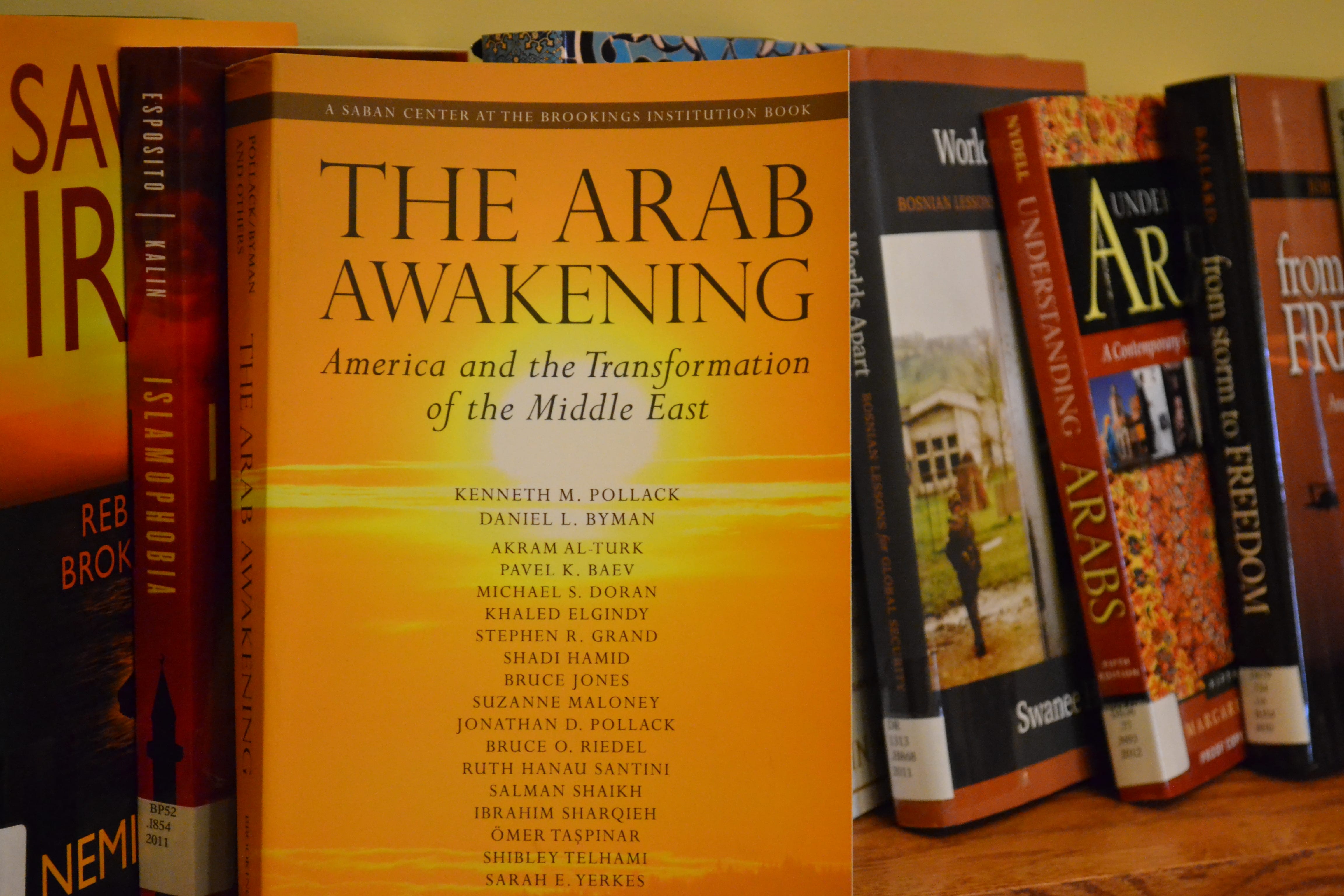 The Arab Awakening: America and the Transformation of the Middle East, by Kenneth Pollack and Daniel Byman et al., 2011

Eighteen current and former scholars of the Brookings Institution published The Arab Awakening at the end of 2011. The collaborative work analyzes the causes, methods, and implications of the “Arab Spring.” Though produced in media res, the book is thorough in its evaluation of both precipitating factors and future prospects for countries directly involved in the uprisings, other regional actors, and the broader international community, especially the United States. The text is composed of 36 chapters divided into six thematic sections: an examination of the processes at work in the Arab Spring as a whole; a deeper look at those countries experiencing political transition; an analysis of states experiencing a push toward reform; a discussion of descent into full civil war in Syria and in Yemen; an exploration of the implications for largely unaffected regional states and for the regional balance of power; and an evaluation of the international community’s current role and potential political future in the Middle East. The final chapter presents a collaborative analysis of the United States’ best opportunities and most dangerous pitfalls in navigating the Arab Spring.

The remarkable breadth and depth of this book, produced on such a short schedule, provides something for everyone. Whether one is looking to widen a casual understanding of the Arab Spring or to delve into the political possibilities of Islamist power, there is at least one chapter of relevance. The book covers a great number of topics and dedicates a chapter to the analysis of every state in the region except Lebanon and the countries of Central Asia. For any scholar seeking to study some aspect of the Arab Spring, The Arab Awakening is almost certainly relevant, and the to-the-point brevity of each chapter enables both academics and casual readers to quickly access their subject of interest. As such, this work was chosen for a collection spotlight over slightly more recent publications that also focus on the Arab Spring but are not as well organized for research purposes.