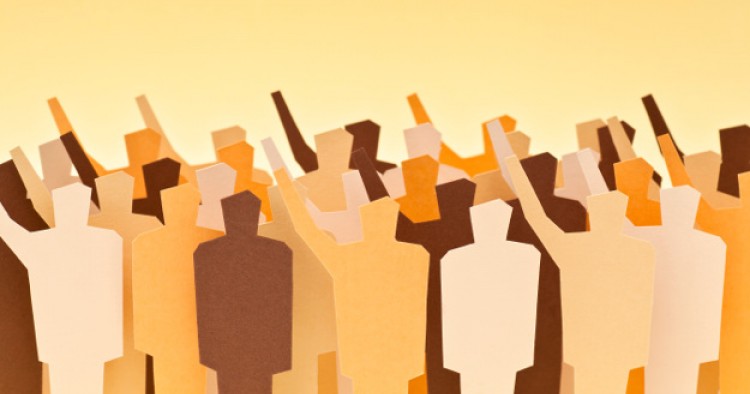 Sep 08, 2015
Women’s Rights Organizations and Democratic Transitions: North Africa and Southeast Asia Compared
Valentine M. Moghadam and Elizabeth Mohr
This paper spotlights women’s rights organizations as key players in civil society in Tunisia and Morocco, with a comparative glance at the Philippines and South Korea, two Asian participants in democracy’s third wave. Applying the existing literature on women, gender, and democratic transitions, we draw attention to the role of women’s rights organizations in civil society and as agents of democratization; examine the organizations’ role and influence during protests and transitions; and analyze the gendered outcomes in terms of laws and policies affecting women’s rights.

Sep 10, 2015
Civil Society in Malaysia and Singapore
Amy L. Freedman
Civil society groups can play an important role in promoting and working for democracy and in holding political elites accountable to citizens. In Malaysia and Singapore, there have long been groups operating to represent interests in society, and many activists and scholars (in the West as well as in the two countries) have hoped that these groups would help push entrenched political leaders toward greater openness and democracy. Despite allowing a certain amount of space for civil society organizations to operate, neither Malaysia nor Singapore provides a model for civil society to crack open institutions and systems created to maintain authoritarian political power.

Sep 15, 2015
Civil Society at the Advent of Democratic Transition in Southeast Asia
Teresita Cruz-Del Rosario
This essay argues that a thick—though often underground—layer of social movements and civil society organizations (CSOs) is crucial to, and assumes prominence, during periods of democratic transition.

Sep 17, 2015
Upgrading Civil Society in Iran: Dynamics of Adaptation
Paola Rivetti and Mohsen Moheimany
Since the end of Mahmoud Ahmadinejad’s government in June 2013 and the election of the moderate Hassan Rouhani, Iran’s diplomatic activity has changed, specifically its engagement in nuclear talks. The possibility of an agreement reignited enthusiasm for and attention to Iran’s civil society, which played an important role in supporting a diplomatic solution to the nuclear dispute. While many lauded Minister of Foreign Affairs Javad Zarif as the champion of the diplomatic breakthrough, others interpreted the progress in the negotiations to be the result of effective collective efforts by pro-democracy activists.

Sep 22, 2015
Political Polarization, Transition, and Civil Society in Thailand and Malaysia
Carlo Bonura
On June 17, 2015 Malaysia’s opposition coalition, Pakatan Rakyat, collapsed as a result of a growing ideological divide between two of the three main parties in the coalition, namely the Pan-Malaysian Islamic Party (PAS) and the Democratic Action Party (DAP).

Sep 24, 2015
The Gender Gap in Political Participation in North Africa
Lindsay J. Benstead and Ellen Lust
The marginalization of women from transitional elections, as illustrated in the Arab Spring revolutions in North Africa, is not without consequences. It can impact the representation of women’s issues as well as service provision to women. In addition, it can affect the electability of female candidates, further exacerbating the structural marginalization of women.

Oct 01, 2015
The Exploitation of Moral Controversies and the Marginalization of Morocco’s Justice and Charity Association
Emanuela Dalmasso and Mohammed Madani
When a moral controversy arises in Morocco, the two main actors of the official political stage carefully play their specific role. On one side, the Party of Justice and Development (PJD), the party that leads the Moroccan government and as such is accountable to the electorate, reliably endorses the Moroccan majority’s socially conservative attitudes in order to fulfill its electoral mandate. On the other side, the king fully exploits his wider room for maneuver by adopting, according to circumstances, either a progressive stance or a conservative one. While the rhythm of moral controversies sets the tempo of the official political game and shows that Moroccan society is still very much conservative, the largest Islamist opposition group, the Justice and Charity Association, seeks to escape its marginalization within the civil society sphere.

Oct 06, 2015
The Rise and Fall of Uncivil Society? Salafism in Tunisia After the Fall of Ben Ali
Francesco Cavatorta
In some ways, the arrival of illiberal movements on the public scene and their ability to propagate their message unhindered is ultimately beneficial to the political growth of society because liberals then have a clear target they can fight rather rely on authoritarianism to sweep problematic debates within society under the carpet through the use of repression. Up to a point, therefore, Salafism in Tunisia helped unify society through strengthening the political system.

Oct 08, 2015
Civil Society in the Philippines: An Example for the MENA Region?
Jasmin Lorch
If the case of the Philippines is any measure, civil society actors rely on strategic alliances with political elites in order to be able to exert profound political influence, and popular demonstrations led by civil society are dependent on at least tacit military support to succeed. A cursory look at the MENA region shows a rather similar pattern. During the Arab Spring, civilian protests toppled authoritarian regimes only in those countries where the military chose not to crack down, or even sided with the protesters.

Oct 13, 2015
Democratization and the Changing Role of Civil Society in Indonesia
Ken Miichi
This essay discusses some of the contradictions and difficulties that Indonesian democracy faces. Focusing on the political zigzag around the law used for the direct election of regional heads, the author demonstrates that it is elite competition rather than the ability of a fragmented civil society that occasioned the triumph of “people power”.

Oct 15, 2015
A Flawed Nexus?: Civil Society and Democratization in the Middle East and North Africa
Vincent Durac
The core assumption—building on a specific understanding of the recent political history of Latin America and Eastern Europe—is that civil society activism is positively correlated with democracy and democratization. However, a conceptualization of Arab civil society in liberal terms is destined to disappoint since liberal and democratic values have much shallower roots than would be required for successful challenge to authoritarian rule. Indeed, evidence is lacking either for the pro-democratic orientation of civil society in the Arab world or its capacity to drive democratic reform.

Oct 22, 2015
Arab Civil Society after the Arab Spring: Weaker but Deeper
Sean Yom
Formal organizations can be easily studied, but they alone will not bring about democratization: the conceptual history of civil society scholarship in the Middle East is testament to this. We must instead peer into hidden spaces of resistance not captured by the formal sector.

Nov 10, 2015
Lebanon’s Uprisings—Bringing the Political Back In
Bashir Saade
The #YouStink movement and its various associate movements have denounced “the system,” “confessionalism,” and the “the political class” of all orientations, including the parliament, the cabinet of minister, the prime minister, and so on, without really showing an understanding of how all these institutional positions relate to one another, and to the problem of corruption and of the poor public sector. By looking at the recent protests in Lebanon, this article proposes ways to avoid this slippery slope and demonstrates how to think of genuine change––and recognize its limits––given the prevailing political context.

Nov 24, 2015
Space Matters: Civil Society in Indonesia at the Crossroads
ita Padawangi
The enactment of the Gubernatorial Regulation (Peraturan Gubernur / Pergub) 228/2015 introduced new restrictions on public demonstrations in Jakarta. Though this measure was soon thereafter revised, subsequent actions by police raise questions about the scope of freedom of expression in Indonesia as well as the current and future role of civil society there.

Mar 24, 2016
The Societal Roles of CSOs: Evidence from Turkey
Jessica Leigh Doyle
Support for civil society and civil society organizations (CSOs) has been an integral part of endeavors by most major policy makers to advance democratization across the globe, with particular emphasis on the Middle East North Africa (MENA) region since the late 1980s. The role envisaged for CSOs within this context is to increase government accountability, filter the interests of ordinary citizens into policy processes, and advance democratization generally, this process is often connected with human rights and social progress. This essay investigates how this vision of civil society is constituted in the case of Turkey, using empirical evidence gathered through 38 in-depth qualitative interviews with women’s organizations from across the political, religious, and geographical spectrum.

Feb 28, 2017
Mechanisms of Co-optation in the Palestinian Territories: Neutralizing Independent Civil Society
Dana El Kurd
This essay discusses the marginalization of civil society groups in the Palestinian Territories. It shows that this outcome was not an organic development but a calculated strategy on the part of the Palestinian Authority (P.A.) and its allies, and as a direct result of its authoritarian practices. The essay explores the ways in which the P.A. achieves this control, and explains how such a strategy affects the functioning of civil society over time.

Mar 19, 2019
Diaspora Activism in France and Italy and Tunisia’s Democratic Transition
Alessandra Bonci
Scholar Charles Tilly does not believe that social capital can, by itself, build democracy. In fact, according to Tilly, citizens lacking favorable environmental and historical conditions — even if highly engaged — cannot establish a democracy. If establishing democratic institutions is such an arduous task for citizens living under dictatorship, what political leverage do those living in the diaspora possess? This article explores how the Tunisian diasporas in Italy and France have sought to help implement the transition to democracy.

May 28, 2019
Europe’s Deep Reservoir of Goodwill in the Middle East: Lessons for Public Diplomacy
Lindsay J. Benstead
Political and economic transitions are seldom, if ever, compartmentalized processes, insulated from regional and global influences. On the contrary, they are often informed and shaped by exogenous forces and the policies of external actors, including states and international organizations. How can external actors develop interventions that are more likely to be well received and thus support transitions to democracy?

Jan 28, 2020
Precarious Workers and Neoliberal Narratives in Post-revolutionary Iran: Top-down Strategies and Bottom-up Responses
M.S. Stella Morgana
How did the Islamic Republic of Iran’s dominant narratives over labor evolve since the 1979 revolution? What paved the way to neoliberal discourses, particularly since the 1990s? Which processes and legal measures made workers precarious? What role did workers play, and along which lines did they develop their trajectories of resistance? These questions are at the core of this article, which explores the above-mentioned issues from two different vantage points: a top-down approach, which looks at official narratives, as well as the legal strategies that contribute to the precarization of workers; and a bottom-up perspective, which seeks to understand workers’ practices of resistance and counter-hegemonic actions.

May 12, 2020
Salafism Meets Populism: The Al-Karama Coalition and the Malleability of Political Salafism in Tunisia
Jasmin Lorch, Hatem Chakroun
The nascent research on political Salafism suggests that it can often be much more pragmatic, flexible, and malleable than both the quietist and the jihadist Salafist strand and can sometimes show a certain openness to other political actors and ideologies. The case of the Tunisian al-Karama Coalition (Dignity Coalition) indicates that the new (tactical) openness of some politicized Salafists can also extend to populism. In this article, the authors locate the rise of al-Karama within the context of Tunisia’s successful but still incomplete and “bumpy democratic transition.”