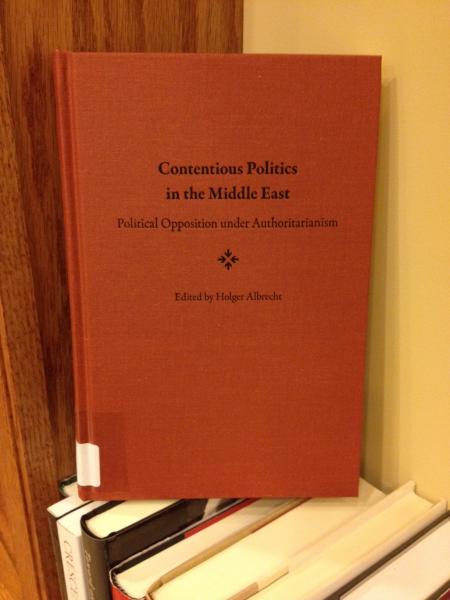 Published on the eve of the “Arab Spring,” Contentious Politics in the Middle East undertakes a rigorous academic study of the political environment of the Middle East and North Africa. The collection of essays addresses political situations (circa 2010) in Jordan, Syria, Egypt, Kuwait, Bahrain, Lebanon, Morocco, and Tunisia, with additional commentary on other states in the Arab world. In so doing, Contentious Politics comparatively engages with the complex relationships between opposition political forces and governing authoritarian political structures throughout the region. In particular, the work examines the role of Islamist political movements and democratization forces, opposition movements operating both within and outside their parent regimes, and the survival methodologies of authoritarian regimes. The text is divided into four primary sections: conceptual underpinnings; an examination of civil society opposition politics; an analysis of Islamist opposition forces; and a look at the structural machinations of the authoritarian regimes.

Given its year of publication, this work provides an excellent review of academic thought on the political workings, possibilities, and future of the Middle East on the doorstep of the Arab uprisings. The text is riddled with suppositions that now, just three years later, seem anachronistic. Whether examining comparative politics of the modern Middle East, the intricacies of authoritarianism, or the social origins of the Arab Spring, researchers would benefit greatly from the breadth and depth of Contentious Politics’ essays.