Collection Spotlight: The Turks and Europe 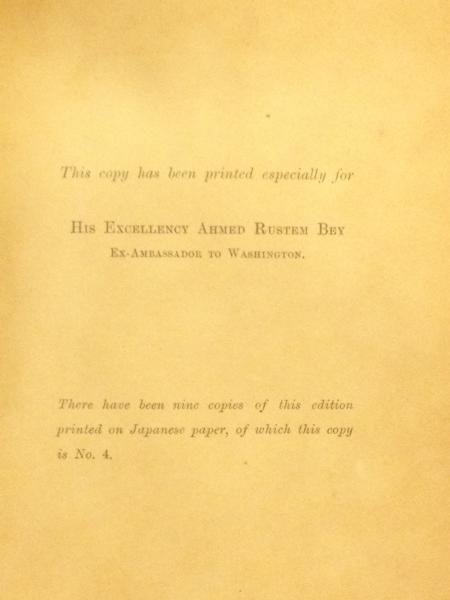 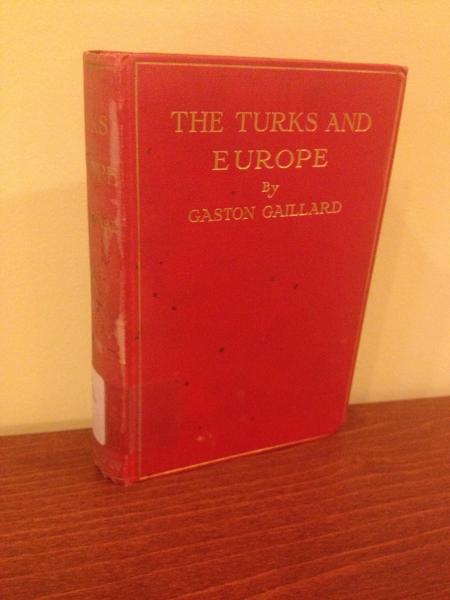 The Turks and Europe, by Gaston Gaillard, 1921

Gaston Gaillard’s The Turks and Europe discusses the Ottoman Empire’s involvement in World War I and the peace process that led to the Empire’s dissolution. The majority of the book is devoted to the implications of the Paris Peace Conference, the Conference of London, and the Treaty of Sèvres. However, the book also offers descriptions of some of the peoples living under Ottoman rule, such as the Kurds, and specifically discusses Ottoman relations with Slavic peoples and Muslims living in Russian lands. Now is a particularly fitting time to peruse The Turks and Europe, as it offers unique insights into a number of the contemporary issues raised by the panelists at MEI’s recent annual Turkey Conference.

It is well known today that Kurds wish for an independent state of Kurdistan, but a hundred years ago, according to The Turks and Europe, the situation was entirely different. After the conclusion of World War I, the Ottoman delegation’s first formal response to the Allies’ peace demands included a request to redraw the boundaries of a future Kurdistan based on nationality in the event that the Kurds desired local autonomy. However, the delegation seemed to think that this was unlikely; it wrote that the Kurds were “indissolubly attached to His Majesty the Sultan” and “have never wished, and will never have the least desire, to be completely independent or even to relax the bonds that link them with the Turkish people.”[1]

Britain evidently accepted these claims as factual—in Gaillard’s words, “England for a moment contemplated the formation of a Kurdistan, though a long existence in common and the identity of feelings and creed have brought about a deep union between the Kurds and the Turks, and a separation is contrary to the express wishes of both peoples.”[2] However, if these harmonious feelings truly existed, it is doubtful that Turkey would have excluded the Kurds from citizenship when the Republic was created just a few years after the dissolution of the Ottoman Empire.

Panel: The Future of Turkish Democracy

According to panelist Etyen Mahçupyan, a columnist for the Turkish news source Today’s Zaman, Turkey has seen significant changes in both community and religiosity over the past 15 to 20 years. One of these shifts is the move from a Turkish identity to a broader Muslim identity. This is the opposite of a century ago, when leaders in the Ottoman Empire attempted and failed to use pan-Islamism to unite the various subject nations. Many non-Muslim Turks were offended at the implication that they should adhere to a religion in which they did not believe, so the movement eventually grew more nationalist until it became pan-Turkish rather than pan-Islamic.[3]

Panel: Turkish Foreign Policy in an Age of Uncertainty

While Gaillard briefly mentions the concept of Shariah as Islam’s “political and religious purpose,”[4] he seems ignorant of the pre-Ottoman caliphate when he writes that Islam “does not want to assert itself in, and give birth to, a huge political movement…aiming at constituting a huge theocratic State, including all the 300 million Moslems who are now living.”[5] Of course, Islamism did not become a significant movement until after the dissolution and subsequent imperialization of the former Ottoman Empire, when the rise of Arab nationalism gave way to calls for a return to a caliphate. This desire to revive the past has real implications for the Middle East today, as the Islamic State in Iraq and Syria (ISIS) attempts to create an Islamist caliphate in the area.

The French Gaillard shows a favorable bias toward his own country and a slightly negative one toward Britain, but it is clear that he admires the Turks and respects their culture, as well as Islam. Unfortunately, his idolization sometimes makes him blind to the negative aspects of Ottoman rule, and his views certainly cannot be taken as impartial. His work does, however, offer a perspective on World War I’s history that is not commonly discussed in Western books.

Further Reading in the Oman Library (among other texts)