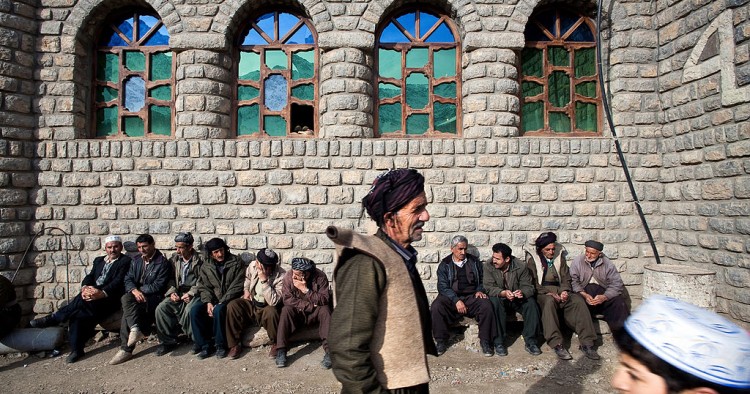 Initial data of Covid-19 mortality rates in the United States suggest that in several regions and cities, the virus hits minority communities harder than the general population. A similar trend has emerged in the Islamic Republic of Iran where published data indicates Iran’s ethnic minorities have higher Covid-19 fatality rates than the general Iranian population. Iran is a multi-ethnic country, with over half of its population members of ethnic minority communities. The bulk of the ethnic minorities reside in Iran’s border provinces, while Persians are concentrated in Iran’s central cities, including the capital Tehran. Evidently aware of the troublesome implications of the data, on March 23 officials stopped publishing Covid-19 cases broken down by provinces. However, medical schools in Iran’s provinces continued to publish Covid-19 cases and fatality rates. It seems the Islamic Republic is now squashing attempts to report this data as well.

Iran has been hit especially hard by Covid-19. Even by official tallies, Iran’s infection and fatality rates are among the world’s highest. According to official figures, about 80 000 Iranians have tested positive and some 5 000 have died from the virus. Actual numbers of Iranians infected and killed are probably much higher. In the Iranian press, there are reports of dismissals of health officials who have disputed official versions and attempted to report higher numbers. For instance, on April 10, Iran's Minister of Health dismissed the President of Ardabil University of Medical Sciences, Ghodrat Akhavan Akbari, for supporting Dr. Esmaeil Farzaneh – a hospital head who criticized the health ministry's method of counting coronavirus cases on a provincial television station and suggested Ardabil was running out of ventilators.

Both official data and unofficial reports show a higher Covid-19 fatality rate in Iran’s non-Persian provinces than the Persian concentrated center. There have been 266 deaths registered in East Azerbaijan Province, which is populated primarily by the Azerbaijani Turk minority group. While the province comprises only 4.8 percent of Iran’s population, it represents 5.8 percent of the country’s Covid-19 deaths. Similarly, Ardabil Province, with its predominately Azerbaijani population, comprises 1.5 percent of Iran’s population but has experienced 2.7 percent of Covid-19 deaths.

These disparities don’t just affect Iran domestically, but are likely to have implications for Iran’s neighbors. This week, Iran began returning its work force to activity, despite the current levels of Covid-19 waging in the country. Tehran is also hoping to expand the traffic at its border crossings. This creates new policy dilemmas for bordering states in the Caucasus and Central Asia.

Impact and concerns about open borders

Iran’s provinces with ethnic minorities are also Iran’s border provinces, and groups residing in most of Iran’s border areas share ethnic ties, and many family and tribal ties. Reopening Iran’s borders will likely facilitate Covid-19 dissemination regionally. With Covid-19 rates especially high in Iran’s provinces, this cross-border trade poses a significant risk of increased spread of the virus to neighboring countries, such as Turkey, Iraq, Azerbaijan and Armenia. While most of Iran’s neighbors closed air links and human crossing at borders, transit and trade of goods by rail and truck has continued. Turkey initially closed the border with Iran to truck trade, but later reopened it and Iranian custom’s officials suggest trade with Turkey will be expanded soon. Iranian trucks continue to enter the territories of Azerbaijan that are under Armenian occupation: Armenian residents report that cheap fuel is entering from Iran into the occupied territories, and that they fear truck drivers will spread Covid-19 in Nagorno-Karabakh. All of the states on the Caspian Sea closed their ports due to fear of spreading Covid-19, with the exception of Iran and Russia, who continued their maritime trade.

Iran’s Customs Administration (IRICA) announced plans to move the location of some of the border crossings with its neighbors due to the threat of Covid-19. For instance, Tehran plans to move the main route of trade with Turkey to the Sarisu crossing. The Bazargan station, which prior to the Covid-19 crisis was the main land crossing with Turkey, remains closed.  Both towns are located in Iran’s West Azerbaijan Province, which is populated chiefly by ethnic Azerbaijanis and Kurds. Considerations to move the locations are not clear, but could be because the stations are in less widely populated areas.

Iran’s ethnic minorities differ from the Persian core group, not only on the basis of language and culture, but also in terms of most socio-economic indicators. Iran’s border provinces are poorer, have higher unemployment (and thus higher out migration), and receive far fewer government services. This is illustrated with the lower level of medical services received by these communities, which is likely playing a role in higher rates of Covid-19 infection and deaths in Iran’s ethnically populated provinces. The handling of the virus has strengthened public opposition to the Islamic Republic. When the Covid-19 threat passes, and Iranians can once again protest against a long list of state policy grievances, it is likely the general population will express indignation. Ethnic minorities are likely to be especially incensed, with their higher rates of infection and death fueling sentiments.

Ramin Jabbarli is a Ph.D. student in Sociology at the University of Washington, Seattle. He has written various publications on ethnic minorities in Iran. His research focuses on ethnic conflict, identity, and social movements in autocratic regimes with an emphasis on Iran and the Middle East region.

Prof. Brenda Shaffer is a Senior Fellow at the Atlantic Council’s Global Energy Center and a visiting researcher and professor at Georgetown University. She is a foreign policy and international energy specialist, focusing on global energy trends and policies, European energy security, Azerbaijan, politics and energy in the South Caucasus and greater Caspian and Black Sea regions, Iranian natural gas exports, ethnic politics in Iran, and Eastern Mediterranean energy.