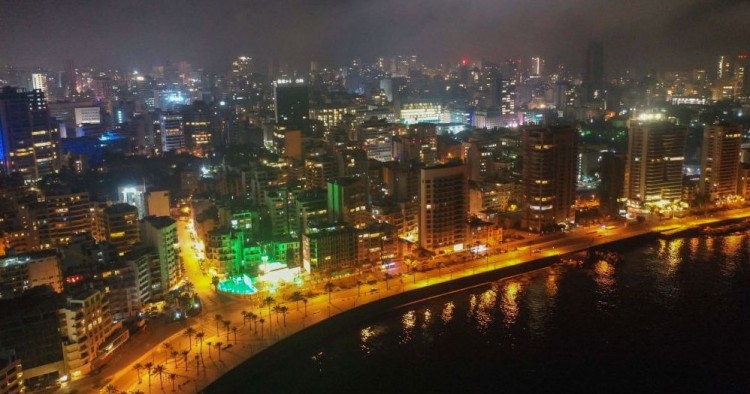 The Middle East is facing an unexpected turning point. The region will not look the same after COVID-19 as it did before it. Prior to the outbreak, the Middle East had managed to normalize the geostrategic implications of the Arab Spring. Tunisia transitioned to a fully functioning democracy, Egypt ended up with a strongman, Syria became a catastrophe, Jordan and Morocco enacted some reforms, while Algeria and Sudan are still struggling with transitions and Lebanon stands on the brink of economic collapse.

In direct response to the Arab Spring, the Gulf states used their oil wealth to finance stimulus packages focused on employing more citizens, increasing existing salaries, building infrastructure, and financing religious organizations. These expansionary fiscal policies succeeded in quelling the protests against the Gulf monarchies. Once the threat at home dissipated, the Gulf states redirected their spending abroad to stifle protest movements across the region. In Egypt, for instance, Saudi Arabia, the UAE, and Kuwait threw their financial support behind President Abdel-Fattah el-Sisi to help with Cairo’s increasing budget deficit and mega-infrastructure projects. Similar Gulf financial support was given to Tunisia, Morocco, Yemen, Lebanon, Bahrain, and Iraq, as well as the fighting parties in Libya. This Gulf financial support for struggling economies, sometimes referred to as “the Middle East’s shadow central bank,” proved to be effective in mollifying protesters and stopping the gathering storm.

Fast forward to 2020, however, and the geoeconomics and geopolitics of the world are in free fall because of COVID-19, the oil price war, and a severe economic shutdown. For the Middle East and the Gulf monarchies in particular, the oil price war against Russia and U.S. shale and the shutdown of economies around the world have increased the pressure on the Gulf’s already-depleted financial resources, which usually act as a safety valve for the turbulent region.

In 2011, when the Arab Spring seemed to be an inescapable fate for most Arab leaders, the Gulf monarchs quickly introduced stimulus packages and provided support for their less wealthy neighbors, with the aim of preempting the demonstrations that engulfed the region. For instance, the late King Abdullah of Saudi Arabia spent $130 billion to increase salaries, create new jobs, provide loan forgiveness schemes, and finance public housing as well as the Sunni clerical establishment. The UAE, Kuwait, Qatar, Bahrain, and Oman followed the same playbook and increased salaries, food and oil subsidies, and spending on infrastructure. Once the situation stabilized within the Gulf states, the main players (i.e., Saudi Arabia, the UAE, and Qatar) used their reserves to pursue their foreign policy goals in the region. Qatar positioned itself as a champion of democracy and financially backed post-revolution governments in Tunisia and Egypt. Meanwhile, Saudi Arabia, the UAE, and Kuwait threw their financial weight behind President Sisi and King Abdullah to stabilize Egypt and Jordan’s budgets. Despite the growing rift between Riyadh and Beirut, Saudi Arabia maintained its status as the main financial backer for Lebanon. On the Arabian Peninsula, the wealthier nations — Saudi Arabia, the UAE, Qatar, and Kuwait — pledged financial support packages for Bahrain and Oman. Saudi Arabia promised assistance for Yemen during the conflict with the Houthis. In 2018-19 another wave of Arab Spring protests emerged, and the Gulf countries used the same playbook with Sudan, and are actively trying to so with Algeria as well.

Today, the Gulf monarchies are facing two distinct challenges: COVID-19 and its economic repercussions, and the oil price war with Russia. Throughout the 2010s, the Gulf monarchies actively sought to diversify their economies away from oil and gas by investing their accumulated oil wealth into non-oil sectors: infrastructure, tourism, health care, logistics, retail, and technological and financial solutions. These forward-looking attempts at economic diversification are still reliant on oil revenues though, and break-even prices for government budgets vary widely across the Gulf region. For 2020, the IMF listed breakeven prices for a barrel of oil as the following: $45 for Qatar, $54 for Kuwait, $91 for Bahrain, $83 for Saudi Arabia, and $70 for the UAE. These figures are double or triple current oil prices, but the Gulf states remain hopeful about striking a U.S.-sponsored deal with Russia to cut production by 10-15 million barrels per day. However, the sudden global economic recession triggered by COVID-19, and the looming uncertainties about China’s economic recovery, will undoubtedly weaken international demand in the second and third quarters of the year. Global geoeconomic realities will be at odds with the Gulf economies’ dire needs and hopes for a resurgence of oil prices to pre-pandemic levels. The limited clarity on the way forward with COVID-19 adds another layer of complexity to the challenge of low oil prices, which will already lead to a huge drop in 2020 GDP growth, increase budget deficits, and hamper diversification efforts.

For the Gulf monarchies to mitigate the impact of COVID-19, the sudden global economic downturn, and the low oil prices, they would need to tap into their sovereign wealth funds and tighten their budgets by cutting government spending. Limited Gulf finances means sending thousands of foreign workers in the region back to their home countries: to Egypt, Syria, Lebanon, Morocco, Jordan, and Tunisia. These non-oil producers have long relied on remittances from their blue-collar and white-collar workers in the Gulf. For example, Egypt’s remittances for 2019 exceeded $25 billion, making it the country’s main source of foreign currency. In Lebanon remittances comprised 12.7 percent of GDP in 2018, and the country’s reliance on them has only increased as its economy has gone into freefall.

Indeed, the Gulf’s tighter finances will extend beyond lower remittances and affect the stability of countries that previously enjoyed Gulf bailouts in times of crisis. There is no clearer example of this tectonic change in Middle East geopolitics than Lebanon. Before the COVID-19 crisis, Saudi Arabia and France were in discussions to offer financial support for Lebanon's deteriorating economy. Unsurprisingly, however, Saudi Arabia has since redirected its finances to combat the outbreak and mitigate its effect on the kingdom’s citizens, residents, and businesses. The response to COVID-19 took precedence over any efforts to bail out Lebanon, and eventually the country, for the first time in its history, defaulted on a $1.2 billion bond payment, which will worsen its economic crisis and delay the post-COVID-19 recovery.

But Lebanon is not alone either. Jordan, a country which has been under increasing political and economic pressure in the last few years, will have to make $1.76 billion in debt payments in 2020 and no Gulf financial help is on the horizon. Pakistan and Morocco, other major recipients of Gulf aid and financial support, are currently facing a liquidity crunch because of COVID-19. There is a long list of Middle Eastern countries that are in need of financial support during the current crisis, but this support might not come from the Gulf capitals this time around.

The COVID-19 outbreak will reshuffle the geopolitics and geoeconomics of the Middle East. The Gulf countries have been the region’s de-facto central bank and used their surplus wealth to stabilize troubled Arab capitals in the years following the tumultuous Arab Spring upheavals. The current historically low oil prices could not come at a worse time. The pandemic and the resulting recession hit the global economy hard and dramatically reduced demand for oil, limiting the likelihood that a deal can be struck to cut production and shore up prices. These geoeconomic realities will deprive the volatile Middle East of its main financial safety valve, the Gulf. Countries in dire need of financial support will not only have a slower economic recovery post-COVID-19, but they may also fall short in meeting their debt obligations, and ultimately face social upheaval.