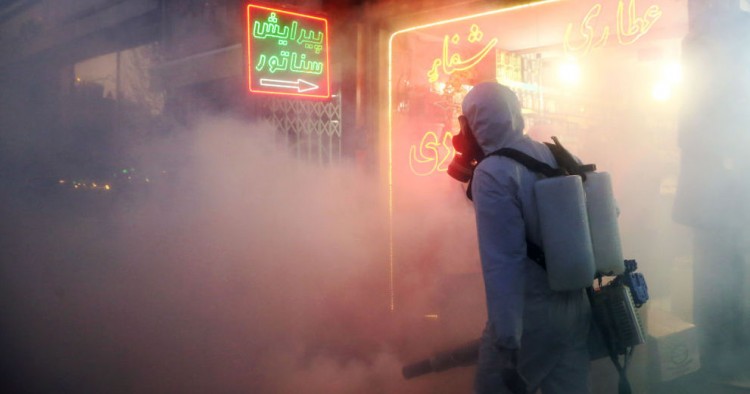 The growing global health crisis surrounding the outbreak of the coronavirus disease (COVID-19) has created an information environment ripe for manipulation by actors seeking to further their political and economic goals.

The virus, which originated in China’s Hubei Province, has since spread throughout the world. To date, 265,495 cases and 11,147 deaths have been confirmed. It is believed that the coronavirus first spread to the Middle East and North Africa region in late January or early February when it reached the Iranian city of Qom, a popular Shi’a pilgrimage site. Since then, the country of 89 million has become a new epicenter. With a total of 1,433 confirmed deaths and 19,644 confirmed cases, including those of a number of high-profile government officials (such as the deputy health minister), the virus has created a national emergency and sparked anxiety throughout the region. The outbreak is by no means limited to Iran, however, and the Gulf states also have a growing number of cases: 274 in Saudi Arabia, 460 in Qatar, and 285 in Bahrain. As the disease continues to spread and more tests are administered, these numbers will likely increase.*

Governments are accused of downplaying the potential impact of coronavirus for political and economic reasons. Iran’s Feb. 21 parliamentary elections may have played a role in the virus’s swift contagion. The government’s fear of low voter turnout led state-run media to understate the severity of the situation, despite evidence of widespread infection. When turnout for the elections was only 42.6 percent, Ayatollah Ali Khamenei, in a lecture on Feb. 23, blasted “enemies” for “negative propaganda” that kept voters at home.

Public statements by business leaders have also attempted to quell anxieties over coronavirus. The CEO of Qatar Airways dismissed the transmission of the coronavirus as a “fear factor" and not a legitimate threat. In Egypt, concerns over the virus’s impact on the tourism industry may have played a role in the government’s muted reporting thus far. While only 256 cases have been officially confirmed in Egypt, University of Toronto researchers estimate the total number of cases to be roughly 6,000.

As seen in Iran and Egypt, authoritarian governments tend to limit transparency around outbreaks to maintain control and keep up the appearance of “business as usual.” These facades are beginning to crumble as the situation grows more severe, however. In Iran one person now dies from the disease every 10 minutes. Still, the government continues to permit large-scale religious gatherings in Qom and allegedly manipulates the official numbers of dead and infected people, according to a report from The New York Times. Muted and muddled initial responses limited the capacity for medical professionals and international organizations to assess and respond appropriately to the pandemic.

A continuation of regional rivalries

In recent weeks, regional governments and media figures have seized on public anxiety and a lack of information to attack political rivals. On Friday, the Ministry of the Interior in Bahrain released a statement calling the spread of coronavirus to Bahrain from Iran “an internationally prohibited form of aggression.” In Saudi Arabia, the Council of Ministers, which is chaired by King Salman, stated that “Iran bears direct responsibility for the outbreak of corona infection,” in a March 10 meeting. These statements could exacerbate sectarian tensions in an already tense Persian Gulf, while limiting the chances for international cooperation on the pandemic.

The coronavirus has also strained relations between Gulf Cooperation Council (GCC) countries. On Twitter, hashtags such as #قطر_هي_كورونا (“Qatar is Corona”) blame Qatar as the source of the virus. “Qatar is corona” originated in a tweet by Noura al-Moteari, a Jordanian freelance journalist who claimed Qatar funded the development and spread of the virus. Although al-Moteari, who has over 200,000 Twitter followers, later claimed the tweet was ironic, the hashtag has been used hundreds of times since then, distorting the truth and exacerbating divisions in what is an already fraught dynamic in the Gulf.

The GCC has been in a state of crisis since 2017, when a bloc of countries led by Saudi Arabia, the United Arab Emirates, Egypt, and Bahrain (often referred to as the Arab Quartet) severed diplomatic ties with Qatar and imposed a blockade, citing alleged Qatari support for terrorist groups. The hack of Qatar News Agency played a major role in sparking the crisis, and since then disinformation campaigns have been a recurring feature of the relationship between Qatar and the Quartet.

The coronavirus pandemic arrived just weeks after talks to resolve the GCC crisis broke down in early February, providing a new opportunity for online media to sow discord.

Hiding and manipulating the truth around COVID-19 is hardly a problem limited to the Middle East and North Africa though. Zhao Lijian, the Chinese Foreign Ministry spokesperson, shared a conspiracy theory that the virus was created in a U.S. military laboratory. U.S. President Donald Trump repeatedly lied about his administration’s response to the virus, blaming the shortage of tests on the Obama administration.

*Statistics from Johns Hopkins University’s Coronavirus Resource Center are constantly updated and may have changed since posting. For up to date statistics, click here.

The strengthening ties between China and the Middle East