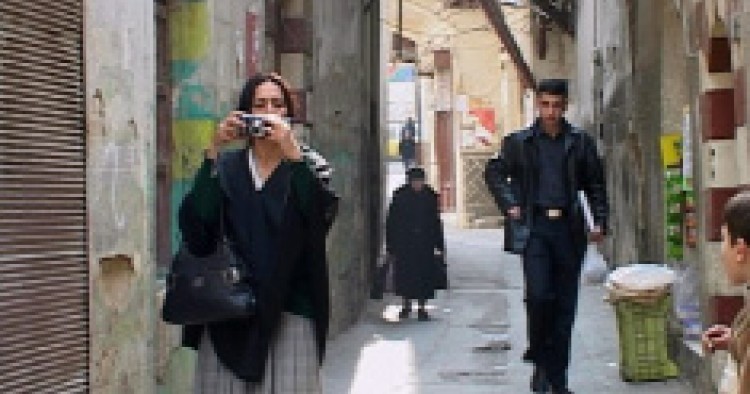 The term “creativity” is not reserved solely for the art industry. It can be applied to describe a working methodology within various fields, even science. The word “creativity” refers to someone who sees or solves things in a non-traditional manner or who adds a new perspective to well-established ideas, familiar dilemmas, or rigid constructions. Creativity is a central resource in every society because it allows for the development of new visions.

As a cultural worker in Denmark and abroad, specifically in the Middle East, I am profoundly discouraged when people harbor a deep skepticism towards cultural work in relation to social development. I am particularly disturbed by the notion that social issues can be addressed only within a political frame. To the contrary, many social issues can be handled in a far more creative manner. In fact, I believe this is necessary.

The C:ntact Foundation, where I work as International Project Manager, was established at one of the most well-reputed theaters in Denmark, the Betty Nansen Theater. The catalyst for the establishment of C:ntact was Executive Director Henrik Hartmann, who, in the wake of the 2001 general election, grew concerned about the agenda of the new government.

In the 2001 election, 52.3% of voters cast ballots for a new government, which consisted of Venstre (the Danish Liberal Party), the Conservative Party, and the Danish Nationalist Party (the crucial supporting party, which had carried a total of 12% of the vote, in the process becoming the nation’s third largest party). A new political and cultural reality appeared to be dawning in Denmark. The issue of immigrants went straight to the very top of the political agenda. Consequently, the tone of the debate changed from practical and rather impartial to harsher and more openly hostile, fueled by a remarkably compliant national media. The renewed focus on immigrants did not reflect the influx of new Danish citizens as an important resource for the future of the Danish welfare society at all. Rather, immigrants were viewed almost solely as a giant problem rooted in irreconcilable cultural differences between “us” and “them.” At the time, immigrants made up as little as 7.4% of the Danish population. What mechanisms had suddenly made immigrants the country’s biggest and most urgent problem?

Concern about leaving this question to be answered only by politicians and pundits led C:ntact to begin its work. Indeed, there was great need for a more creative investigation of the subject of the immigrant population in Denmark. Who, and where, are these people of different ethnic origin whom everybody talks about but no one cares to talk to? Why are people so fearful of immigrants, who constitute such a small fraction of the population?

In an effort to address these and other vexing questions, C:ntact began making major theater, radio, and film productions featuring young people — primarily those of different cultural and ethnic backgrounds. These young people told their personal stories in cooperation with professional theater, film, and radio directors. The productions communicated the youths’ personal and societal conflicts in a transparent manner that was compatible with mainstream culture, thus generating a large audience.

Through the years, C:ntact has established itself as a platform for many untold stories and taboo issues in Denmark. This format allows for views and perspectives to flourish, unlike the more rigid media set-up. Most importantly, the stories generate an emotional understanding of conflicts; people are given an insight into the men and women behind the stereotype, culture, or religion. Analyses of our projects clearly reveal that the creative work of the participants — whether members of ethnic minorities, prison inmates, or privileged school kids — is an empowerment process. They can take the stage or camera and freely express themselves without a filter and without having their statements edited or distorted. The widespread popularity of C:ntact’s productions is reflected in its annual audience of 36,000 viewers. C:ntact’s methodology and approach has attracted partners from around the world — in places of conflict, refugee camps, or specific areas where the integration of different groups or cultures into a single community is needed.

There are some who argue that the benefits of creative projects of this nature are quite limited and short-lived. Yet, given my experience in Denmark and abroad, I firmly believe that creative cultural projects have the capacity to break down ingrained social conventions and contribute to social cohesion. The effects of creative input on both the individual and society cannot be measured and translated into scientific units. Nor should they be underestimated.