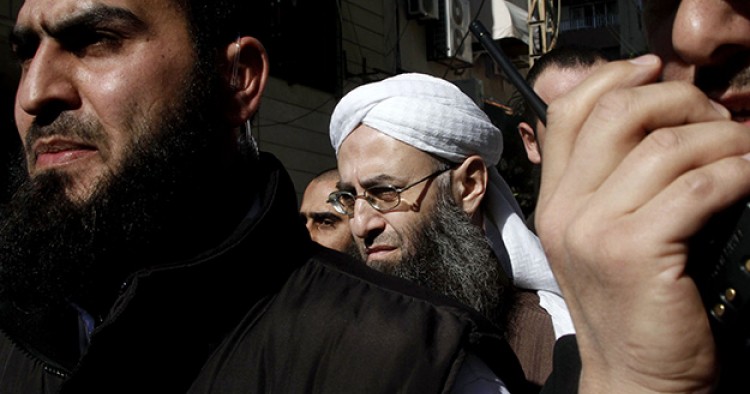 As fears of an ISIS surge in northern Lebanon continue to rise, it is important to have a balanced perspective on the makeup of current Lebanese Sunni Islamist groups. I recently spent three months conducting fieldwork in Lebanon, interviewing representatives from a wide variety of Islamist groups. I present my findings below.

Lebanese Sunni Islamists can be divided into three categories. First, there are those who adhere to older organizations with a party-like structure and established institutions, such as schools and charities. These groups tend to demonstrate the greatest resistance to violence and exhibit the greatest acceptance of the country’s multisectarian state.

Second, there are a number of allegedly apolitical Sunni groups who are primarily interested in religious proselytizing. While these organizations largely reject political involvement, their discourse has become more radicalized since the 2005 assassination of Lebanon’s (Sunni) former Prime Minister Rafiq Hariri.

The third group consists of explicit jihadis dedicated to bringing about strict Islamist rule; these include affiliates and offshoots of al-Qa‘ida.

One of the most prominent organizations in the first category is the Jamaa Islamiya (JI), the Lebanese branch of the Muslim Brotherhood. The JI long abandoned any practical dreams of an Islamic state in Lebanon, the writings of its late ideologue Fathi Yakan notwithstanding. This has been the case at least since 1972, when the organization first ran a candidate for office, thereby implicitly accepting the validity of the Lebanese state. Participating in elections is something of a watershed for Islamist organizations, as it separates those who acknowledge the legitimacy of the pluralistic democratic process from those who do not. In recent manifestos,[1] the JI has also spoken explicitly of respecting human rights and freedoms, participating in civil society, and rejecting sectarianism in politics. Most importantly, the group has adopted a pragmatic stance, as can be seen in its alliance with the secular-leaning former Prime Minister Saad Hariri.

Another similar group is Jam‘iyat al-Mashari‘ al-Khayriya, also known as Al Ahbash. This organization likewise fielded candidates for legislative elections—in the 1990s—and is today mainly active in the social field. The head of Al Ahbash was assassinated by jihadis in 1995, which explains its retreat from the political field. Al Ahbash has traditionally been an ally of the Syrian Ba‘thist regime and firmly rejects the ideology of Jabhat al-Nusra and the so-called Islamic State’s (ISIS) dreams of an Islamic caliphate.

The Lebanese branch of Hizb-ut-Tahrir is another example of a group with a party-like structure. This small elitist organization has expressed dreams of creating an Islamic caliphate, but is generally oriented toward pragmatic party-based activities. It does not view the Islamic State as a legitimate manifestation of the desired Islamic caliphate.

Smaller Sunni groups related to other organizations abound in Lebanon. Jabhat al-Amal al-Islami, for example, is the brainchild of Fathi Yakan, a former member of the JI. It is a coalition of several pro-Hezbollah Sunni groups, and is therefore against ISIS.

Another example is Harakat al-Tawhid, established in the 1980s in the northern city of Tripoli by Saeed Shaaban, another former member of the JI. Today the group is split in two wings, one headed by Shaaban’s son and the other by one of his lieutenants. Both wings are allied with the Syrian regime and reject the concept of an Islamic caliphate.

The second broad category of Sunni Islamist groups active in Lebanon consists of organizations that are committed to the creation of an Islamic society and the rejection of existing multisectarian states, but that are nominally “apolitical” in that they do not endorse specific revolutionary action or violence to achieve this goal. One such group is the Tabligh wa Dawa, also known as Tablighi Jamaat. An offshoot of an Indian Islamist group, the local branch of Tabligh wa Dawa was established in Lebanon in the 1970s and is mostly present in the city of Tripoli. The members of this organization do not generally involve themselves in political matters, but this has been known to change when their Sunni affiliation is particularly incited. For example, in June 2013 after Hezbollah announced its involvement in the Syrian war on the side of the Bashar al-Assad regime, a former Tabligh wa Dawa preacher (inspired by Salafi-jihadi thought), Ahmad al-Assir, and a number of his followers embarked on a bloody confrontation with the Lebanese Army, which they saw as too close to Hezbollah. The group as a whole, however, has remained apolitical.

The Scholastic Salafi movement (also known as Salafiya Ilmiya) has maintained a presence in northern Lebanon for at least 50 years, and has enjoyed a major resurgence since the beginning of the Syrian uprising in 2011. Salafism is a puritanical version of Islam that comprises the ruling ideology in Saudi Arabia. In Lebanon, the Salafi movement was persecuted and went mainly underground during the period of Syrian hegemony (1990–2005). It became involved in politics after Hariri’s assassination in 2005 by encouraging its constituency to vote and, especially since the Syrian revolution, by making more political statements.

Yet the Scholastic Salafis are mainly a social movement. They have no political project or vision for Lebanon, and they do not usually involve themselves in elections or other manifestations of political life. However, they can be seen as doctrinally aligned with Salafi-jihadis, which include groups such as Jabhat al-Nusra and ISIS. Northern Lebanon is home to around 20 Salafi associations or religious endowments that manage religious teaching institutes and a vast network of charities.

The third category of Sunni Islamist groups in Lebanon includes those dedicated to violent jihad. Salafi-jihadis can be divided into two categories: those that are associated with al-Qa‘ida and are mainly Lebanese, and those that live in Palestinian camps and often include other Arab and Muslim nationals. The so-called Dinnieh group (named after the region in which it first operated) was comprised mainly of Lebanese returnees from the Afghan jihadi campaigns of the 1980s. The group was crushed by the Lebanese Army in January of 2000, and many of its leaders were killed.[2] At that time it was widely regarded as a fringe movement that had been destroyed. However, the Syrian war dispelled this notion, revealing that the group’s members had simply gone underground, taking refuge mostly in Lebanese Palestinian camps where they cross-pollinated with other organizations. The Dinnieh group can be understood today as the primary nucleus of Lebanese jihadi radicalism in that it provided inspiration for later groups such as Fatah al Islam and Jund al-Sham.[3]

A second important jihadi group currently operating in Lebanon is the Abdullah Azzam Brigades, a relatively new pan-Arab organization associated with al-Qa‘ida. Its Lebanon branch is called the Ziad Jarrah Battalion in reference to the lone Lebanese citizen who participated in the events of September 11, 2001.[4] In November 2013 it claimed responsibility for the bombing of the Iranian embassy in Beirut, and in February 2014 it conducted an attack against the Iranian cultural center. These attacks were rationalized as a retaliation against Iran for its support of Hezbollah and its involvement in Syria. As of late 2014, the Brigades has suffered a series of setbacks in Lebanon, including arrests and defeats that have decimated its leadership.[5] However, with the appointment of new leaders such as Sirajuddine Zureiqat,[6] the organization appears to be regrouping, and its prospects remain in flux.

Despite talk of sleeper cells, there is currently no evidence of any actual infrastructure for ISIS or for Jabhat al-Nusra in northern Lebanon. There does, however, seem to be a lot of sympathy for the agendas of these organizations, particularly for Jabhat al-Nusra among the Sunnis in the northern and eastern parts of the country. This sympathy can become dangerous if Lebanese Sunnis continue to feel alienated from the state, and if the current trickle of defections from the Lebanese Armed Forces becomes a flood. The consequences for Lebanon and the region would be dire, as the radicalization of the Lebanese Sunnis would also impact Syria and Iraq and possibly Palestine and Jordan.