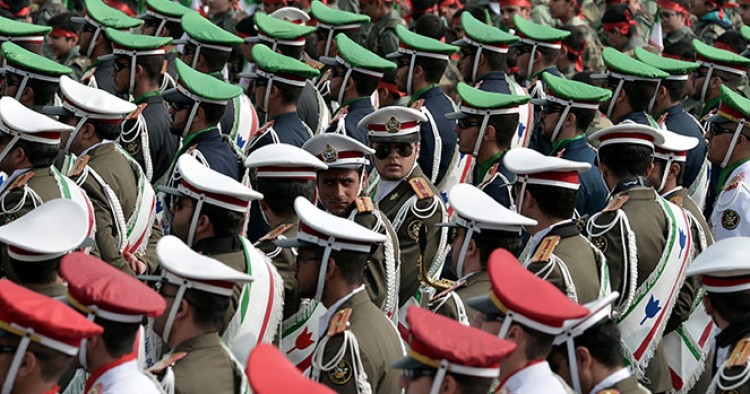 The plight of the Iranian dual national, dozens of whom have been detained by Iranian authorities in the past two decades, was tragically brought back into the headlines with the death of Kavous Seyed Emami. The 63-year-old Iranian-Canadian founder of the Persian Wildlife Heritage Foundation, who died in solitary confinement at Evin Prison on Feb. 9, had been imprisoned with other environmentalists on trumped-up charges of “espionage.”

Emami was the first dual national to die in custody since 2003, when Iranian-Canadian photojournalist Zahra Kazemi “died accidentally” in Evin Prison soon after being arrested for taking photos of imprisoned protestors’ families. Emami’s official cause of death, rejected by his family and human rights groups, was suicide.

“Everything that happens to dual nationals is surreal and illogical,” says Hadi Ghaemi, executive director of the Brooklyn-based Center for Human Rights in Iran. “They’re pawns in a big chess game—played by people who don’t want change and who want to hold on to their power and privilege—and want to frighten people.”

For Homa Hoodfar, the Iranian-Canadian professor of anthropology who was detained for almost four months in Evin Prison in 2016, enduring brutal interrogations and psychological torture on bizarre charges of “dabbling in feminism,” news of Emami’s death brought memories of her own ordeal flooding back.

“I could imagine what he went through that first week in Evin. It’s hell on earth.”

In spite of her terrible experience and the fact that she can never return to Iran, where criminal charges against her are still pending, Hoodfar says, “I don’t feel bitter—I feel heartbroken. I wanted to be proud of both my nationalities and to continue my work to bring two different cultures together.” Like Emami, Hoodfar could not draw upon a Canadian embassy in Tehran to assist her—in 2012 the embassy was closed, as Iran-Canada relations reached a new low during Conservative Prime Minister Stephen Harper’s tenure. In spite of current Liberal Prime Minister Justin Trudeau’s promise to reopen the embassy upon his reelection in 2015, it remains closed.

Sadly, at a time of increasing divisions, the dual nationals imprisoned and killed in Iran are often the very people with the knowledge and abilities necessary to act as bridges to the West.

Hoodfar—as well as other Iranian activists and intellectuals—were shocked that Emami, a respected academic and environmentalist who taught at the elite Imam Sadegh University, was targeted.

“As a woman and a feminist, I didn’t expect them to respect me,” relates Hoodfar, who was eventually released after 113 days in Evin Prison. But Emami, she notes, was a professor at a university whose alumni include the rank and file of Iran’s conservative political establishment. The environmentalist’s groundbreaking work in protecting endangered species led to the adoption of the Persian leopard as the logo of Iran’s national soccer team in 2014.

The regime, she says, “want to create an atmosphere of fear. They have been quite shaken by December’s protests.”

Hoodfar’s own experience in Evin Prison is instructive when it comes to understanding the mentality of the hard-line Revolutionary Guard elements of the regime who target dual nationals, who are themselves increasingly caught up in a power struggle between conservative and reformist elements.

Hoodfar, who had travelled back and forth without incident between Iran and the West for years for her research on gender and anthropology, was pulled into a dragnet that was part Kafka and part Lewis Carroll.

In the lead-up to the 2016 elections, Hoodfar travelled to Tehran to research a book on the changing role of women in parliament, with a chapter on Iran focusing on the 19th century constitutional movement.

But on Mar. 9, as she was packing to leave for the airport, she was arrested by six armed Revolutionary Guards on charges of “dabbling in feminism.” After several months of house arrest, Hoodfar was taken to the dreaded Evin Prison, where she shared a cell with Nazanin Zaghari-Ratcliffe, the Iranian-British aid worker imprisoned since April 2016 on charges of “plotting to topple the Iranian regime.”

Ever the pragmatic anthropologist, Hoodfar decided to survive her incarceration by using the whole experience as field research.

When she was questioned, she would reply with a question. When she was accused of being a feminist, she would engage her interrogators in a discussion about feminism and anti-imperialism in Iran.

Armed with superior knowledge of both her country’s history and Islamic doctrine, she used her intellect as a survival mechanism. When she was chastised for having some hair peeking out from her chador, she pointed out that at her age, women were excused from wearing hijab.

But the discussions became increasingly absurd as Hoodfar realized that “I had already been framed as the enemy—as some kind of American agent. It didn’t matter what my individual interrogators thought. The scenario was written before I was arrested.”

While Hoodfar admits that Trump’s current anti-Iran rhetoric only feeds into Iranian “conspiracy theories,” she says that “the regime gives more power to America than it actually enjoys.” Hoodfar says she did not fit with her accusers’ “with us or against us mentality.”

“In fact I was neither. I had independent views and was not politicized. They couldn’t deal with that reality—it was a new challenge for them.”

In the end, Hoodfar discovered that it was a casual ten-minute conversation she had with Shahindokht Mowlaverd, the then-vice-president of women’s affairs—someone loathed by the Guard—that had sealed her fate.

“I was the pawn they needed to get her out of office,” says Hoodfar, “And it cost me seven months of my life.”

“Homa Hoodfar was just writing about the social fabric of Iran,” says Ghaemi, from the Center for Human Rights in Iran, “but the hard-liners don’t want dual nationals to explain their society to the West, as it undermines their power.”

Despite President Hassan Rouhani’s charm offensive to the Iranian diaspora in New York, London and elsewhere, notes Ghaemi, “there are too many entrenched powers who don’t want that infusion of capital.”

It has reached the level of absurdity, says Ghaemi, where hard-liners are “blaming Emami for global warming and water shortages.” It was villagers from many rural areas struck by drought, he notes, that formed the backbone of recent protests.

In fact, suggests Ghaemi, Emami may have been killed because his work threatened the regime’s involvement in “big agro businesses and dams” that wreak environmental havoc.

Ghaemi also suggests that dual nationals have become cash cow hostages for Revolutionary Guard elements, who want access to the funds frozen in escrow for pre-revolutionary arms deals with the U.S. and U.K.

This began, he says, with the case of Washington Post journalist Jason Rezaian, who was released in January 2016 (after being imprisoned in July 2014) when the Americans negotiated directly with the Revolutionary Guard and returned $400 million of the $1.7 billion owed. According to Nazanin Ratcliffe’s husband, Ghaemi maintains, the Guard wants similar funds returned by the U.K. government.

While Ghaemi is disappointed that Rouhani “seems to be politically weaker than expected,” he sees this as partly a survival mechanism. “He has made himself into a lame duck in order to avoid being marginalized like [former president Mohammed] Khatami and other reformers in the past.” By biding his time until the imminent succession of Iran’s supreme leader Ayatollah Ali Khamenei is decided, says Ghaemi, Rouhani will ensure his continued influence.

Meanwhile, amidst the power plays and cynical manipulation of dual nationals, their role as a bridge between Iran and the West remains increasingly urgent, yet perilous.

But Ghaemi finds hope in the fact that “90 percent of the people involved in December’s protest were under 25. This generation—especially the women—are not going to accept the continuation of 40 years of restrictions. They won’t be fooled by ideology and religious rhetoric that is meant to maintain the concentration of economic and political power in the hands of a few.”

An Evolution of Rohingya Persecution in Myanmar: From Strategic Embrace to Genocide