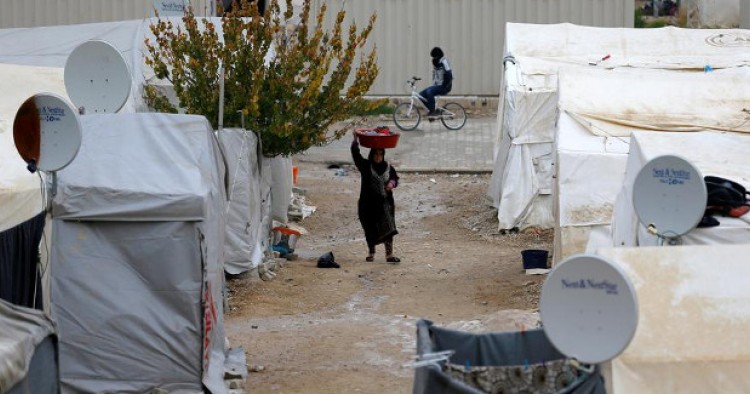 Since the outbreak of the Syrian war, Turkey has become a critical conduit for international humanitarian operations and life-saving economic support to approximately three million Syrian refugees. Turkey’s decision to restrict various international NGOs from operating within its territory is now disrupting crucial provisions to those in both northern Syria, and inside its own borders.

In 2014, Turkey passed the ‘Foreigners under Temporary Protection’ regulation, which created a commitment to provide free health care and education to refugees. At the time of passing, the duration and severity of the conflict could not have been predicted, nor the vast amount of resources that would be needed to uphold this commitment. To make matters worse, Turkey has been largely abandoned to deal with the refugee crisis on its own, particularly after signing a 2016 deal with the E.U. that returned refugees from mainland Europe in exchange for the promise of a more liberal visa trade deal for Turkish nationals.

A long-term integration strategy is now essential as not all Turkish citizens are happy about the millions of refugees arriving in their communities. As is common with people fleeing war zones, many Syrian refugees arrive without documentation, skill-sets, or the linguistic capabilities required to integrate effectively into their new host communities. Of these, 1.8 million are of working age, but only 10 percent are university-level educated and 80 percent have received eight years of education or less. This is now polarizing the regions surrounding the Turkish-Syrian border, and social and economic ties are becoming increasingly strained as a result.

Syria’s refugee population are no longer the only ones feeling increasingly unwelcome inside Turkey. Since January, aggressive post-coup purges have seen 560 foundations, 1,125 associations, and 19 trade unions closed in a crack-down by the government. Furthermore, multiple international humanitarian organizations have also been shut down, including: the Italian-based Coordination of the Organizations for Voluntary Service, the UK-based International NGO Safety Organization, Denmark’s DanChurchAid, and the U.S.-based Mercy Corps. On April 20, 15 International Medical Corps staff members - while possessing valid Turkish work permits - were detained by authorities in Gaziantep. Four of the staff were deported back to their respective countries, while the remaining 11 Syrian nationals were remanded in custody until their release on May 5.

Government targeting and unconstitutional profiling of these organizations is still ongoing. In the last few months, the offices of many NGOs based in the Turkish-Syrian border towns of Gaziantep and Hatay have been subject to frequent police visits and work permit inspections. Turkey has cited employment and visa violations as the reason for these inspections. However, it is likely that such actions are motivated by President Recep Tayyip Erdogan’s increasing realpolitik diplomacy, as he attempts to maneuver against perceived enemy interests both at home and abroad. Turkey’s rage at ongoing U.S. support for Syrian-Kurdish People’s Protection Unit (Y.P.G.) operations in Syria is well known, and as Ankara looks for ways to hold this partnership to ransom, Mercy Corps is unlikely to be the only casualty.

Erdogan will also remain keen to halt the Y.P.G.’s five-year experiment of self-governance. Ankara has repeatedly stated its intention to prevent the territorial ambitions of Syrian Kurds becoming a reality, and any NGOs that are directly—or indirectly—perceived to provide support or assistance to such groups invite the risk of immediate expulsion. Resurgent Turkish nationalism and concerns over burgeoning Kurdish empowerment is fueling suspicion of outsiders and national media institutions publish narratives that accuse NGO activities as being clandestine, and counter to national interests. In Hatay—a town bordering Syria’s Idlib province—speculation of financial support to Kurdish areas has seen NGOs placed under strict requirements to register meetings of seven or more people with local authorities, 48 hours in advance. These measures are plunging established aid provisions into chaos, and administrative functions are piling up as prohibitive new protocols are implemented and operating licenses become suspended or indefinitely reviewed.

Expulsions of foreign NGOs will allow Turkey to decide who fills the void. Since 2011, many foreign NGOs have been permitted entry and flexible working conditions within Turkey in order to optimize aid delivery to those desperately fleeing Syria. By rescinding these licenses, Turkey will be able to reinstate domestic organizations in their place. While these are not insignificant in number—U.N. reports estimate that there are as many as 469 local aid groups that reach over one million people per month—the overall provision of aid will still be significantly reduced, and is likely to be subject to prescriptive oversight. Those allowed to return will be prohibited from engaging with groups deemed to be detrimental to Turkish interests, and can expect heightened levels of scrutiny and police attention. Specifically, Ankara will envisage this as a key means of implementing greater restrictions on those working within Kurdish areas.

Turkey’s current political climate must also be considered. Domestic political and economic tensions have been compounded by a variety of factors, including an attempted coup, instability, numerous extremist attacks and a tightly-contested referendum. Erdogan will attempt to consolidate power during such political upheaval through more restrictive government protocols. This policy is likely to be extended to NGOs and humanitarian groups, and it can be expected many more will be ostensibly removed without a perceived level of effective judicial or legislative scrutiny.

Turkey is sending a clear message that humanitarian organizations are no longer immune to political battles, both domestic and international. Anti-Western sentiment is rising, and Erdogan’s increasingly nationalist rhetoric and isolationist political stance will have a profound impact on many of those on both sides of the border. An escalating climate of fear for those still working along the Turkish-Syrian border beckons, but it will be the millions of Syrian refugees who suffer most.