Declaring a Caliphate Doesn't Make One a Caliph 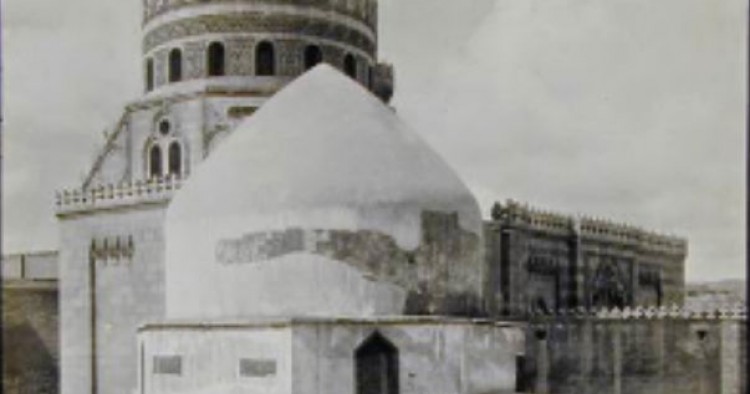 This article was first posted on the MEI Editor's Blog.

Ibrahim al-Badri (also known as Abu Bakr al-Baghdadi) is being presented to the world by his followers as Commander of the Faithful of a new Islamic Caliphate.[1] How much weight can be attached to that move?

There are many reasons to fear the murderous Baghdadi and his Islamic State of Iraq and Syria (or now apparently just “The Islamic State”), but fear of the world's Muslims rallying behind a new Caliphate seems misplaced. Juan Cole gave the basic argument in “The Debacle of the Caliphates: Why al-Baghdadi’s Grandiosity Doesn’t Matter”[2]; here, I elaborate on some of his points.[3]

In 1924, the Turkish Grand National Assembly abolished the Ottoman claim to the Caliphate. (It had never been taken very seriously anyway outside the Ottoman territory, because the Ottomans were not from Quraysh, the Prophet’s clan, or even Arab.) Two days after it was abolished, the Hashemite King Hussein of the Hijaz, the same Sharif Hussein who had raised the Arab revolt, proclaimed himself Caliph. He met with little enthusiasm. Later that year, he was driven out of his Kingdom by the Saudis and lived out his last years in Amman.

The Saudis did not attempt to resurrect the Caliphate: they believed (as had been the rule in the Classical era) that Caliphs must come from the tribe of Quraysh, and they did not. In 1924, the newly (and at least nominally) independent Arab monarchs were not ready to recognize anyone else as a real Caliph.

But in fact, and as Cole notes, the Caliphate as a real center of authority ended with the Mongol conquest of Baghdad in 1258. And it had been weak even before that; the later ‘Abbasid Caliphs depended on a sequence of warlords of Persian or Turkish origin, and a distinction arose between the religious authority of the Caliph and the military/political power of the “Sultan,” a word which means simply “power.”

Between 945 and 1055, Baghdad was under the authority of the Buyids, a Persian dynasty of Twelver Shi‘a (the largest branch of Shi‘i Islam) who nonetheless accepted the authority of the Sunni ‘Abbasid Caliphs. Soon after their rise to power came the Fatimid Dynasty, who called themselves a Caliphate but were Isma‘ili Shi‘a and controlled Egypt and North Africa and contested Syria. Though the Sunni Caliphate survived, much of the real power was in the hands of the Shi‘a. The emergence of Sunni warlords such as the Zangids in Syria, the Ayyubids in Egypt, and eventually the Seljuq Turks restored Sunni dominance, but only occasionally could the late ‘Abbasids exert any real authority, and then usually only around Baghdad. In 1258 the last Caliph of Baghdad died and the Mongols extinguished the Caliphate.

Though not quite. A few members of the ‘Abbasid family escaped the fall of Baghdad. The Mamluk Sultans in Egypt, who would eventually stop the Mongol advance in Palestine, gave refuge to a claimant who "ruled," without any real power or broad acknowledgement, outside of the Mamluk realms, and only a token recognition even there.

In all, there were 18 ‘Abbasid Caliphs in Cairo (one counts twice as he was deposed and restored). At the time of the Ottoman conquest of Mamluk Egypt in 1517, the last of these, al-Mutawakkil III, was carried off to Constantinople; he later returned to Cairo where he died.

In theory, the Ottoman claim to the Caliphate was based on the idea that the title was transferred to them after their conquest of Egypt. But the Ottomans, whatever latent claim they might assert, did not seriously emphasize the Caliphate until Sultan Abdul Hamid II (1876-1909), who sought to claim a role beyond the Ottoman dominions. During World War I, though the Sultan of that era was a figurehead of the Young Turks, he proclaimed a Jihad in hopes of provoking risings by Muslims in British India. When Turkey was declared a republic in 1923, an Ottoman relative, Abdülmecid II, remained Caliph but not Sultan until the abolition in 1924.

But again, if the ‘Abbasid Caliphs of Cairo were shadows, the Ottoman Caliphate was a phantom, only really asserted from the late 19th century.

Not everyone agrees that a Caliph has to be from Quraysh. But he does need the consensus of the Muslim umma, and he needs to be a just ruler with religious knowledge. (He is the khalifa or successor of the Prophet in his political and religious authority, though not to his prophethood.) Of all the potential candidates, I rather doubt that Baghdadi will sway most believers. I suspect, like King Hussein of Hijaz, he can proclaim himself Caliph but that will not make him one.

[3] The original blog entry from which this article was taken is available at http://mideasti.blogspot.com/2014/06/declaring-caliphate-doesnt-make-on…