Democracy, Inclusion and Political Moderation: Lessons from Religious Movements in the Middle East and Indonesia 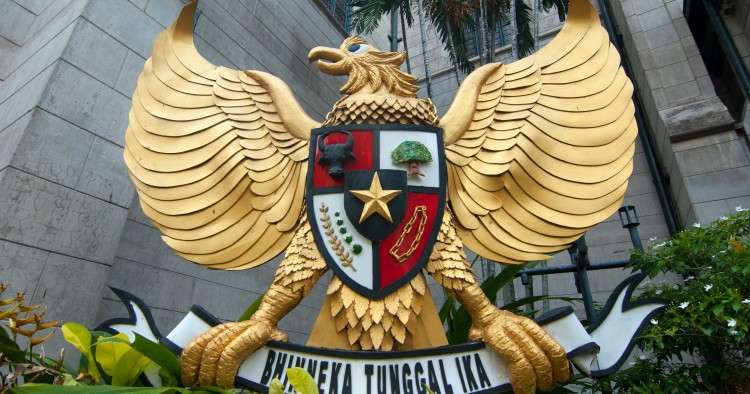 There is a longstanding argument that inclusion in the political process can moderate Islamist groups.[1] Whereas scholars offer different causal mechanisms for why this might happen, and disagree over what exactly moderation means, they are generally in agreement that inclusion means participation in electoral politics. In the Middle East and North Africa (MENA), much of the debate over inclusion over the past few decades has been centered on whether to allow Islamist parties to run in elections. Bringing the Indonesian case into the discussion of Islamic movements, however, suggests that the notion of political inclusion should be expanded beyond simply electoral politics. Whereas it is difficult to make meaningful generalizations about a region as diverse as the MENA, a brief consideration of the evolution of Islamic movements in Egypt and in Indonesia suggests that patterns of informal inclusion, the nature of regime repression and the role of state ideology can all have significant impacts on the diversity of religious life and mass appeal of reformist voices.

Indonesia has a long history of including religious mass movements into political life, dating back all the way to its colonial period. The Dutch created a colonial People’s Council, and encouraged Islamic leaders to enter the political arena and cooperate politically.[2] The Japanese established Masyumi as a unified Muslim political platform, and it incorporated leaders from both Nahdlatul Ulama (NU) and Muhammadiyah.[3] After independence, both the traditionalist and the modernist movement have been entrusted with the administration of religious affairs at the local level. During Indonesia’s parliamentary democracy period (1950-1957), Masyumi was either the formateur or co-formateur party four times, respectively during the cabinets of Mohammad Natsir (1950-51), Sukiman-Suwirjo (1951-52), Wilopo (1952-53), and Burhanuddin Harahap (1955-56).[4] In every cabinet during this period, Masyumi or NU members held some of the most important posts, such as Prime Minister, Foreign Affairs, Finance, Social Affairs, Religious Affairs, Interior Minister and Agriculture.[5]

Having a say in the social, religious and even political affairs of the country, these mass-based groups were able to develop their own thinking vis-à-vis these issues. Perhaps more importantly, they did not develop these ideologies in opposition to the state, or as an alternate system that they would hope to one day implement, but rather within the framework of the Indonesian state. This has occurred in spited of the fact that during their early period these groups were opposed to Pancasila.

One of the most important aspects of inclusion in Indonesia is that it has not been limited solely to electoral politics. During Suharto’s authoritarian period, NU and Muhammadiyah moved away from electoral politics, yet they still had an impact on social and religious policies in the country through their extensive networks of mosques, madrasahs, and Islamic higher education institutions. After the fall of Suharto, these movements have once again engaged the state through electoral means, but they also continued to use their informal networks to gain access to influential political appointments.

In contrast, most Middle Eastern states include reference to Islam in their constitution, and to varying degrees base their legislation and religious and social policies on Islamic reference points, but there is no equivalent of having multiple Islamic mass movements that are consulted and included in policy making. The Muslim Brotherhood is the largest and oldest Islamist organization in the region, founded in Egypt by Hassan al Banna in 1928. While there is no doubt that over the past nine decades the Brotherhood has had a tremendous impact on society and religious life in Egypt, its impact has been primarily through civil society, and not because the regime has given the movement powerful political appointments, influential ministries or any avenues to influence policy other than running independent candidates in parliamentary elections. One of the reasons why Islamist groups have gained popularity across the MENA is because they have been regarded as a symbol of opposition to authoritarian regimes, and gained a reputation of being “trustworthy and pure.”[6]

In the past, both the Brotherhood and other Islamist groups managed to infiltrate the military and security forces, but this has only served to fuel the revolutionary anti-regime sentiments rather than to foster accommodation between the state and Islamists. In contrast, in Indonesia neither NU nor Muhammadiyah ever infiltrate state institutions, because they have been involved in the decision-making process since the colonial period.

Across the MENA, when Islamist groups provided politically useful to undermine the left or nationalist opposition, regimes have given them enough space to operate and make inroads in civil society, professional syndicates, student unions or even national assemblies. However, when Islamists seemed politically dangerous opponents or turned to violent tactics against the state, the regime used the iron fist to crush these groups. The early waves of repression against the Islamists not only installed a deep mistrust of the state and a need for group loyalty and hierarchy, but it also created a disincentive for the formation of other mass-based religious movements, therefore limiting the diversity of religious actors.

This is particularly evident in Egypt, where Nasser’s devastating repression of the Brotherhood installed a sense of victimhood and need for loyalty and secrecy among the Brothers, limited the development of other mass based religious movements and inspired the rise of radical groups that sought to bring down the state. This left the Muslim Brotherhood to dominate religious mobilization. One significant implication is that reformist voices remained isolated from larger movements with a stronghold in society. Whereas repression was also used in Indonesia against violent Islamist tendencies, groups with millions of followers, like NU and Muhammadiyah, have been able to operate and have a voice in social policy even under authoritarianism.

In Indonesia, religious institutions produced moderate intellectuals, who have promoted the notion of compatibility between religion and democracy. These public intellectuals played a key role in Indonesia’s democratization process because they were connected to mass based religious organizations, and their involvement in political society has helped legitimize democratic institutions and strengthened pro-democratic alliances.[7]

Unlike in Indonesia, where mass-based religious organizations are included in social policies, in the MENA rulers have tended to co-opt religious institutions and bring them under the control of the state in order to boost their own legitimacy. In monarchies like Saudi Arabia, and even Jordan and Morocco, kings explicitly ground their legitimacy in their religious lineage. In republics like Egypt, presidents have attempted instead to co-opt prominent religious institutions like al Azhar, bring the ulama under the control of the state, and dictate religious education.

To some extent, these patterns can be traced back to the pre-independence period. Munhanif, for instance, points out that “Egypt‘s political structure has historically tended to be characterized by a post-Ottoman elaborate, institutionalized Islamic system, combined with a relatively strong role for the ulama in state organizations.”[8] The process of subordinating the religious establishment to state authority started under Mehmet Ali, who eroded the position of ulama in society and adopted a policy of “selective patronage and subjugation” in order to lend legitimacy to his rule.[9] After independence, Nasser sought a complete nationalization of Islamic institutions.

The co-optation of religious institutions has been furthered at least in part because most MENA states have struggled to offer a coherent state ideology. As Ayubi noted decades earlier, Arab states are “fierce” and often resort to raw coercion in order to preserve themselves, but they are also often weak, as they lack the ideological hegemony that would enable them “to forge a ‘historic’ bloc that accepts the legitimacy of the ruling stratum.”[10] The cooptation of religious institutions was a key strategy used by the new rulers to confer legitimacy upon the new regimes, and to bring religious life under the control of the state. The rise of mass religious movements that sought to reform the state represented not just the rise of a potentially powerful political opposition, but also a threat to the legitimacy of state ideology, especially after the decline of pan-Arabism.

In Indonesia, Sukarno, who encouraged the Muslim community to mobilize politically, adopted Pancasila as a state ideology because he saw it as the most feasible compromise to maintain the territorial integrity of the state and accommodate the religious diversity of the country.[11] Pancasila sought to synthesize Islamic thinking with secular nationalist principles.[12]  Whereas some movements have rejected Pancasila, its widespread acceptance has conferred legitimacy upon the Republic, limiting anti-statist or revolutionary religious movements to fringe elements. After the political openings of 1998, the widespread acceptance of Pancasila has forced Islamist parties like PK to drop the call for shari’a and adopt more centrist platforms.

To be sure, inclusion and informal networks of access to power and policy-making can also have negative consequences. In Indonesia, informal links between military figures and groups like Islamic Defenders Front (FPI) have empowered this group, and enabled it to mobilize, shape public discourse and continue vigilantism. One can also argue that the inclusion of groups like Jemaah Anshorut Tauhid (JAT) in civil society and in public discourse enables fringe radical elements to continue mobilizing support for vigilantism and violence. In terms of membership and strength, these groups fade in comparison to NU and Muhammadiyah. Yet as recent controversies around blasphemy show, fringe groups can have a powerful impact if they shape public discourse.

By the same token, a history of repression also does not preclude an Islamic organization from moderating over time, especially if given the opportunity to have access to power and policy-making. This is perhaps best exemplified by the Tunisian Ennahda, who in 2016 announced that it is no longer Islamist, but rather a party of Muslim democrats, officially separating the movement from the party.[13] So where does that leave the future of religious movements in the Middle East and Indonesia?

It may seem ironic that the trend in Indonesia is towards a growing appeal of conservative Islamic movements.[14] In a recent article, Olivier Roy concludes that “the danger is that if mainstream Islamists purchase inclusion in the secular state at the price of separating their political goals from their religious and social ones (as in Tunisia), or suffer exclusion from the state owing to their own overreach and a repressive backlash against it (as in Egypt), young Muslims seeking ‘authentic’ religious and political identities might look elsewhere.”[15] While this may certainly be true, the extent to which these “alternative” movements can become more than fringe elements will at least in part depend on what formal and informal networks they can tap into.

[8] Munhanif, “Different Routes to Islamism: History, Institutions, and the Politics of Islamic State in Egypt and Indonesia,” 10.