Democratization and the Changing Role of Civil Society in Indonesia 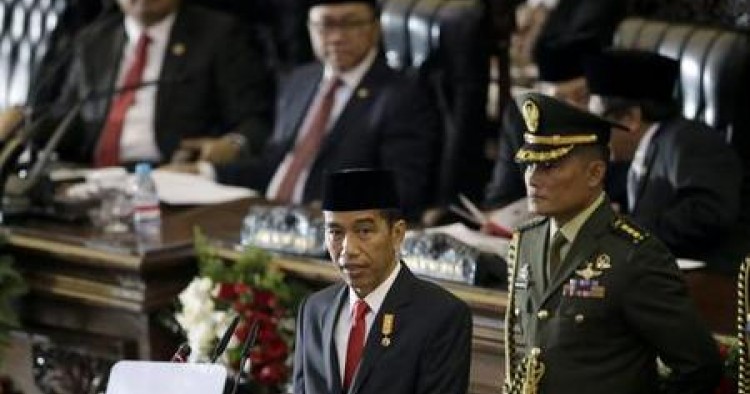 It has become nearly a cliché to describe Indonesia as “the third biggest democracy” in addition to “the world’s most populous Muslim nation.” Former President Susilo Bambang Yudhoyono repeatedly emphasized that Islam and democracy existed hand in hand. Observing political upheavals in the Arab world, starting in early 2011, he expressed confidence that Indonesia’s vibrant democracy could be a model for other Muslim nations.[1] Indeed, Indonesia has held four general elections and three direct presidential elections that were relatively peaceful and fair since 1999. Although there have been several regional conflicts between different ethnic and religious groups and terrorist attacks, these problems have largely ceased.[2]

Against the backdrop of transitions throughout the Middle East that have come to an impasse, semi-authoritarian rule persisting in neighboring Singapore and Malaysia, and a repeat military coup in Thailand, it is worth examining Indonesian conditions of democratic transition and consolidation. Among the variables of Indonesian democracy, this essay tries to assess the roles of civil society and to clarify its significance and limitations in relation to the ruling elite.[3]

It is not intended to idealize the Indonesian case in comparing it with Middle Eastern countries or other authoritarian Southeast Asian countries. Rather, this essay intends to show contradictions and difficulties that Indonesian democracy faces. First, I discuss the role of civil society in a democratic transition to clarify the broader political configuration in Indonesia. Second, the emergence of current President Joko Widodo (Jokowi), a product of democratic reform, is discussed in relation to recent developments in civil society. Jokowi’s success signifies the growing role of civil society on the one hand and yet reveals the fragmentation of civil society on the other. Third, focusing on the political zigzag around the law used for the direct election of regional heads, I clarify how civil society contributes to retaining institutional reforms. In this case, the demands of civil society were very clear and placed pressure on the political elite. Analyzing these cases, I show conditions where the demands of civil society were realized. I argue that it is elite competition rather than the ability of a fragmented civil society that occasioned the triumph of “people power”.

The dramatic showdown in Jakarta in May 1998 was not dissimilar from those that occurred on stage or backstage in Cairo in February 2011. Students led a rally to demand reformasi (reformation) and occupied the parliament building before toppling President Suharto, who had ruled for more than 30 years. Backstage, the military ditched the dictator and in the end, delivered an ultimatum. There was close communication between student activists and the political elite, including military generals and ruling party politicians. Muslim student organizations were particularly important in connecting student activists on the streets with their alumni in parliament.[4] Representatives from major religious organizations had also become members of the secular ruling party, Golkar, during Suharto’s authoritarian rule. This active involvement of Muslim activists in the ruling party became apparent around 1990. That is, Golkar had been gradually Islamized, or become at least less secular. Consequently, these civil society organizations (CSOs) were not fully detached from the authoritarian regime. This physical and ideological closeness between the former political elite and CSOs brought about a relatively smooth transition in Indonesia. Some of the members of the CSOs became politicians after the transition. Leaders of two major Muslim organizations, Nahdlatul Ulama and Muhammadiyah, formed political parties.

All governments under the four presidents after the transition, except for the current Jokowi government, formed “rainbow coalitions,” involving a great majority of the parliament. Although coalitions have not always been stable and criticism of the government often appeared within the coalitions, the conflicts among political parties were generally settled by backdoor negotiations; others have drifted, even if not resolved by legal or judicial procedures. The military gave up appointed seats in the House, but some retired generals joined political parties and retained informal influence. Differences between Islamic and secular parties barely matter.

Good or bad, the Indonesian political changes were not dramatic. Continuity of the old and new political elites, their ideological affinity, and closeness between the elite and CSOs made it easier to reach consensus on gradual democratic reforms. These situations contrast the polarization and tensions in countries such as Egypt and Thailand, where conflicts between the old and new ruling elites could not be resolved following formal procedures, and where military coups rejected popularly elected governments. Some of the urban middle class virtually admitted—or even welcomed—the undemocratic means as a consequence.

The 2014 Presidential Election and Fragmentation of Civil Society

Current president Jokowi was the result of a direct election system for regional heads, introduced in 2004. Formerly a manager of a small furniture business, he was elected as the mayor of Solo, a medium-sized city in Central Java, in 2005, and reelected with more than 90 percent of the total vote in 2010. Then, he was singled out to be governor of the Jakarta metropolis in 2012 and jumped to become the President of the Republic in 2014. His gentle and humble manner of communication, yet firm commitment to administrative reforms, brought freshness and hope to politics. Volunteer supporters played important roles in beating opponents that consisted of much larger party coalitions in the last two elections. The role of Kawal Pemilu (Guard the Elections)—a 700-person team of volunteers recruited on Facebook that uploaded voting results around the country—was particularly powerful when facing possible large-scale fraud in the counting process of the presidential election in July 2014.

The opponent in the presidential election was Prabowo Subianto, ex-son-in-law of the late President Suharto, a former commander of the National Army Special Forces. Many believe that he was responsible for kidnapping a dozen student activists during the 1998 political changes. Prabowo emphasized strong leadership and criticized the shortcomings of democratic reforms. He also believed that direct elections for regional heads should be abolished. Nearly all democracy and human rights NGOs supported Jokowi, because they were concerned that a Prabowo win would lead to authoritarian regression.

However, many religious, student, and other CSOs were as sharply divided as the politicians. As further evidence that civil society in Indonesia is not fully detached from the political elite—Jokowi was not only backed by political parties, but also media conglomerates and key military leaders. Both he and Prabowo similarly claimed to want to eradicate corruption and mobilized younger voters using social networking services. Clearly influenced by high-handed actors, the candidates’ support bases in the presidential race could hardly be described simply as the “political elite versus civil society.”

Twists and Turns of Direct Elections

The direct election system for the president and regional heads was introduced in 2004 in the wave of post-transition institutional reforms. A decentralization package, including the direct election system, was optimistically supported by a coalition of international donor organizations. It was expected to strengthen democracy and civil society,[5] but problems soon appeared. One negative effect that was frequently pointed out was that elections cost much more than before. Indeed, once regional heads were elected, many of them misused their power and granted concessions in exchange for graft to recover their ‘investments’ during the election campaign. In addition, dozens of regional dynasties were created through direct elections, characterized by familial dominance of political positions.

On September 26, 2014, the House of Representatives (DPR) amended the law and revoked direct elections for regional heads, just before Jokowi’s new administration was formed. The Red-White Coalition (KMP), originally formed for Prabowo in the presidential election in July 2014, initiated the bill. Although the KMP lost the presidential election, it had a majority in the House. Various CSOs protested on the streets and in the mass media, and at the same time, criticized President Yudhoyono.[7] Indonesian netizens sent more than 250,000 tweets with #ShameOnYouSBY (SBY is an abbreviation for Yudhoyono) that became a worldwide trending topic over the weekend. This had an impact on Yudhoyono who issued a government regulation to annul the bill on October 2. His Democratic Party persuaded the parties of the KMP to approve the regulation. After two months, Golkar was divided and some of the legislative members approached Jokowi’s coalition. The Golkar chairman, Aburizal Bakrie, announced rejection of the regulation at the party congress on December 2, and in response, Yudhoyono met Jokowi and confirmed their commitment to direct elections. Bakrie seemed to realize that his move was unpopular, and a week later he turned again to support the regulation. Other parties in the KMP combined efforts to support reinstating direct elections as if they had supported them from the beginning.

Civil society, with conspicuous public support, can reject decisions of the ruling elite. However, as this case shows, this can be realized only if public pressure provides resources that help those elites gain and maintain power.[8] Increased elite competition provided space for civil society to change policy outcomes, but civil society itself is still weak and fragmented in Indonesia.

[2] A grave, uncovered war in Papua cannot be ignored here, although it is a rather exceptional case after the independence of East Timor, while the 2004 tsunami forced peace in Aceh.

[3] The civil society entities discussed here include non-governmental organizations (NGOs), student, religious, and other social organizations, and old and new media. Although they need careful consideration, ideologically undemocratic social groups are excluded from this analysis.

[4] See Ayako Masuhara, The End of Personal Rule in Indonesia: Golkar and the Transformation of the Suharto Regime (Kyoto: Kyoto University Press, 2015).

[7] This was because President Yudhoyono and his Democrat Party cadres were unable to make a clear decision and the party walked out the House in the end. This abstention allowed the bill to pass and vested Regional Legislative Councils (DPRDs) with the power to elect regional heads.