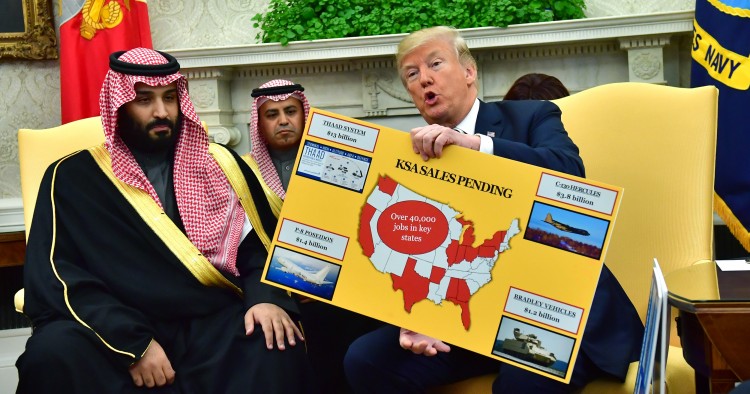 This year, the partnership between the United States and the oil-rich Arab monarchies of the Gulf celebrates its seventy-fifth anniversary. Launched in a secret meeting between American president Franklin D. Roosevelt and Saudi king Abdulaziz Ibn Saud aboard the USS Quincy on February 14, 1945, this relationship is one of the oldest in the world. In an ever-changing international system where friends often turn into foes and vice versa, this is a remarkable achievement. Even full-fledged military alliances, which typically include collective defense commitments where all members pledge to each other’s defense against external threats, have an average age of fifteen years.

The partnership has endured because it is based on political-strategic understandings (even if some are secret and/or informal), shared security interests, and strong economic ties. It is supported by a large and lasting U.S. military presence on Gulf territory meant to offer protection, and by the regular transfer by Washington of modern and lethal arms to Gulf governments, the size of which is unmatched among any other set of allies and partners in the world. It has survived several crises in its lifetime, the most critical of which is 9/11.

Yet for all its resilience, the U.S.-Gulf partnership has underperformed since the second term of the George W. Bush presidency in the critical area of security coordination. During three major crises, each happening under a different U.S. administration, the partnership failed to effectively address the security concerns of the Gulf states. While no partnership is perfect, such major and persistent breakdowns in coordination among longstanding security partners are uncommon, and can be deadly if left unresolved.

U.S. domestic politics, shifting American strategic priorities, policy divergences, the nonexistence of a formal U.S. security commitment, and operational considerations all played a role. But on their own, they cannot fully explain why security problems in the partnership have persisted for over a decade. There is another important but overlooked factor: the lack of institutionalization of the partnership, characterized by the absence of norms, mechanisms, and procedures for consultation between Washington and Gulf capitals on vital matters of national security. This normative and bureaucratic deficit is old, and it has contributed to the fraying of the U.S.-Gulf partnership.

Read more on The National Interest