The Destabilizing Role of Missiles in the Middle East 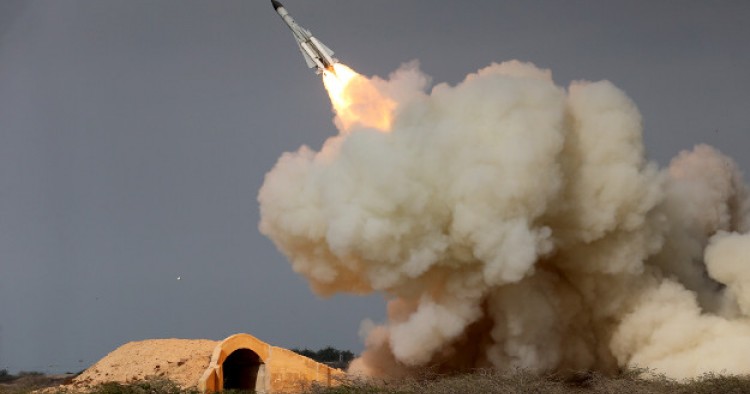 Israel has the largest missile arsenal and no longer depends on preemption alone for its security. Missile defenses now play a featured role. Three new missile defense systems have begun to bolster Israel’s missile-defense options. They include the Arrow-3 missile defense interceptor, which can intercept ballistic missiles even outside the earth’s atmosphere; the Iron Dome, a mobile air defense system that can intercept short-range rockets and artillery shells at close ranges (4 to 70km); and David’s Sling, which is being designed to intercept aircraft, drones, tactical ballistic missiles, medium- to long-range rockets and cruise missiles, fired at distances of 40- to 300km. For deterrence purposes, Israel depends primarily on its arsenal of nuclear-armed Jericho-3 ballistic missiles, which boast a range between 4,800 and 6,500km. Israel’s Popeye-series of land-attack cruise missiles provide precision strikes against airfields and bunkers.

Iran’s arsenal of liquid propellant engines dominates Iran’s ballistic missile inventory. Three variants of the Shahab missile are supported by 300 launchers. The road-mobile Shahab-3’s range of 1,000km permits targeting all of Israel, Afghanistan, and western Saudi Arabia. Another missile, the Ghadr-1, extends Iran’s range capability to 1,600km by lengthening the airframe and fuel tanks. Iran is also pursuing solid-propellant missiles, which would greatly lessen missile response times and improve survivability. The Sajjil, with ranges of 2,000 to 2,500km, went into service in 2014 and could eventually replace the Shahab missile inventory. Cruise missiles also figure prominently in Iran’s missile ambitions. The Director of Iran’s Aerospace Organization announced in 2012 that Iran had or was developing 14 different cruise missiles. Iran recently unveiled the Soumar land-attack cruise missile, with an estimated range of 2,000 to 2,500km. And Iran’s long-delayed pursuit of Russian’s air defenses finally occurred when Russia delivered the S-300 to Iran recently.

Syria once possessed one of the largest arsenals of ballistic missiles in the Middle East, but the chaos of war has obscured solid estimates of current missile holdings. Substantial assistance came from Russia, China, and North Korea, and still does. The 300km-range Scud-B and 550km-range Scud-C missiles are the dominant delivery systems. The Scud-D, with 700km range, is also rumored to be in Syria’s hands. These missiles, together with Iran’s 200km-range Fateh-3 ballistic missile, provide Syria with substantial firepower. Also notable is Syria’s Russian-provided arsenal of anti-ship cruise missiles. Were cruise missiles equipped with chemical warheads, they could produce devastating effects. Russian S-300 and S-400 air defenses missiles provide some defense protection, but mostly for Russian-based forces now in Syria.

Saudi Arabia has a small arsenal of ballistic missiles acquired from China under constrained circumstances: they were modified to deliver only conventional warheads. The first purchase, in 1987, consisted of the highly inaccurate DF-3 missile capable of 2,500km range. The orientation of apparent launch pads suggests that these missiles are aimed at Israel and Iran, but their inaccuracy augurs poor terminal results. More damaging results would come from city attacks. In 2007, the Saudis acquired the Chinese DF-21 solid-fuel missile possessing a range of 1,700km. Being a solid-fueled missile makes it more launch-ready than the DF-3, and its improved accuracy suggests much better terminal strike performance. So will the Saudis’ growing dependence on cruise missiles, foremost the British/French Storm Shadow land-attack cruise missile that can reach out to 300km.

Turkey has relied on longstanding U.S./NATO security guarantees to acquire, among other systems, a limited arsenal of short-range ballistic missiles, and the U.S.-supplied Army Tactical Missile System, or ATACMS, with ranges of roughly 250km. Ankara also appears interested in procuring its first long-range surface-to-surface ballistic missile, under development by Turkish weapons manufactor, Roketsan. Ballistic missile defenses also now figure into Turkey’s defense needs, including those that link up with other NATO systems.

Stability in the Middle East is not only threatened by missiles, but also short-range rockets launched by non-state actors such as Hamas and Hezbollah. Despite Israel’s status as the most advanced military force, and only nuclear power in the entire region, the country remains particularly vulnerable to rocket attacks because of its geography, surrounded on several sides by territories inhabited by belligerent groups. The use of rockets by Hezbollah and Hamas should not be dismissed as a mere nuisance. Little training is required to develop competence with these weapons. But the consequences of their use are increasingly difficult to fathom.

Improvements in Iran’s missile forces do not bode well for the Gulf Cooperation Council (G.C.C.) states. Although the G.C.C. is attempting to focus more effectively on missile defense cooperation and effectiveness, it remains exclusively focused on developing region-wide ballistic missile defense capability. There is no mention of working on how best to deal with the cruise missile threat. And while the G.C.C. talks about achieving an integrated ballistic missile defense system, most of the member states still invest in independent rather than integrated systems. Such integration is essential if the G.C.C. wishes to deal effectively with threat reaction times of as little as four minutes of warning time.

As for what might benefit the Middle East overall, what doesn’t occur is perhaps more important than what does. One that should not happen is President Donald Trump’s fostering of the idea of an “Arab NATO,” which was talked about during the Obama administration in 2015, to no avail. Trump’s generous arms deal of $120 billion to Saudi Arabia might grow to roughly $350 billion over a 10-year period. Still, the likelihood of cooperatively bringing together Arab states to take on such an elevated level of responsibility is both premature and fraught with unwelcomed consequences. Foremost would be the Trump administration’s willingness to allow other states to ignore upholding such American values as the difficult practice of carefully selecting enemy combatants for targeting.