The Development of Women's Football in Morocco 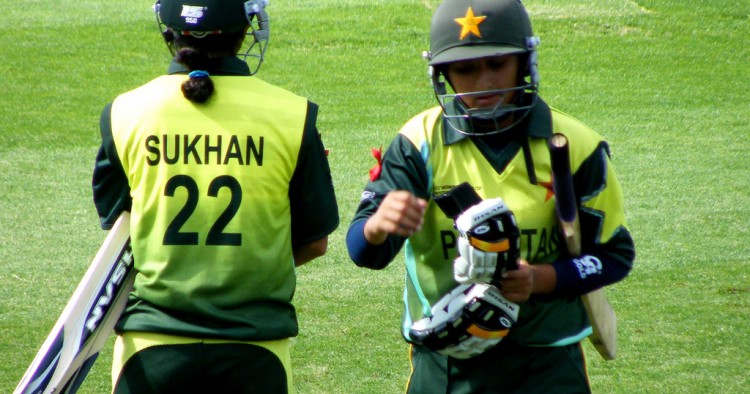 Several months ago on a Tuesday afternoon, a local girls football team was practicing on a dirt field in Sidi Moumen, a notorious 350,000-person shantytown on the outskirts of Casablanca, Morocco. A crowd of boys had gathered along the fence. One of the boys began making comments. “Look at her touch on the ball,” he mumbled to his friend, “where did she learn to play football?” “My five-year old brother has better control,” shot back the other, slapping his friend’s hand and laughing.

Saida Salah, a 37-year-old physical education teacher who began playing football in the early 90s, confessed that fifteen years ago the boys would have been calling these girls prostitutes, unclean, and boys. What is significant here is the nature of the comments. These days, they don’t seem to criticize the girls playing football but the way they play.

This exchange is indicative of the changing attitudes of Moroccan society towards female football players. What was once looked down upon has now, more or less, been normalized. These changes can be felt across the Arab world just by looking at the increase in opportunities, tournaments, and women’s national and club teams.

Sahar El-Hawari, a pioneer in women’s football in Egypt, organized the first unofficial women’s Arab tournaments in 1997 and 2001. The Arab Football Federation organized the first official Women’s Arab Cup in Egypt in 2006.[1] Even a Palestinian women’s team participated in the tournament.[2] Jordan’s women’s national team has been successful in Asian tournaments since the late 1990s. More and more media attention has been placed on struggling women’s programs in areas such as Palestine, Turkey, and the Kurdish regions of Iraq. [3]

Long gone are the days of invoking Islam to prevent young women from playing the sport. In fact, there is little resistance except for a few misinformed or politically motivated speeches condemning women’s football in the name of Islam in places like Kuwait.[4] This usually reflects the political or cultural situation rather than religious conviction.

Football in Morocco has come a long way since the days when Salah played. In 2008, a national league was established. Today, the league consists of 24 teams.[5] There are also local neighborhood teams that play in regional tournaments, school championships, or at youth centers. [6]

But, in spite of these positive developments in Morocco, there are still unequal opportunities for males and females at the elite and youth levels. This inequality originates mainly from a cultural resistance that has less to do with religion and more to do with a general apathy towards the promotion of women’s sports. An attitude of “we have done enough, girls have a league and are allowed to play,” has developed among government officials and local leaders. The obstacles that young female football players face today are reflected in this attitude. These obstacles include a severe lack of youth sports programs and infrastructure affecting girls more than boys, inadequate resourcing of the women’s league national team, and societal pressure directing young women away from sports and towards marriage and school.

The women’s football league is one of the few outlets for these girls. However, these league teams lack the money and resources to accomplish much of anything. They receive the equivalent of $3,000 a year from the Moroccan Football Federation to cover travel expenses, uniforms, equipment, coach fees, referee fees, field fees, etc. (FIFA provides $30,000 to $40,000 a year to football federations specifically reserved for women’s programs.[7]) Unlike their male counterparts, which have sponsorships, wealthy patrons and income from ticket sales, these women’s team have just $3,000. Even the United States and European countries are just now starting to create sustainable professional leagues; these efforts build upon solid and successful youth programs for young girls. With no sponsorship or ticket sales, there is little chance for the Moroccan women’s league to survive without heavy support from the government, federations, and FIFA.

The second obstacle is the lack of organized youth sports programs in general. For boys, this isn’t a problem. Social and cultural norms allow them to play unsupervised in the streets at any time of the day. However, girls need organization, a coach, or some sort of adult supervision. The streets are still a very male-dominated space, particularly in the poorer neighborhoods and rural areas. It is difficult for girls to play in these spaces. A secure field is usually required, not necessarily to shield them from men, but to afford them a space that is less obtrusive and public than the streets and empty lots in their neighborhoods. Besides school sports programs, which often lack qualified physical education teachers and little time devoted to football, there exist no other organized options for young girls who want to play. When asked why they won’t let their daughters play football, many parents I interviewed in Sidi Moumen looked at me, surprised by my question. “It’s not that they prohibit their daughters from playing,” they answered, “but where? They need a team. They cannot just play with boys on the streets. Where is the coach in charge?”

The lack of space to play football is another obstacle. Like in many countries in Africa and throughout the world, the spirit of football in Morocco lives in the streets - where players are born, where the ball never bounces the right way, where the tilt of the ground makes passes curve unintentionally. In Morocco, especially in middle class and poor neighborhoods, these spaces and streets are disappearing. Hungry developers are quickly filling empty lots with new apartment buildings. The streets are choked with cars. Dilapidated government youth centers are often restricted to the public or closed. The few spaces that do exist - usually public dirt fields - are crammed with boys and men, leaving even less space and time for girls.

Yet another obstacle is societal norms. Moroccan society values femininity. And, although many families do not oppose their daughters playing football and running around with boys at a young age, attitudes change as the girls enter their teens. It is no longer as acceptable for 18 or 19 year old girls to still be playing football, especially in rural areas or smaller cities and towns. Girls are often discouraged from playing sports. Instead, they are pushed towards schools or starting families - persuaded that football and adult life are an impossible combination.

In Morocco, girls seem to play football for a very different reason than boys do. Of course, there is the common love of the game. When asked why she plays, Ibtissam Jraidi, a 16-year old striker and the captain of the Sidi Moumen Nassim league team, replied that it was in her blood and that she couldn’t imagine a day going by without playing. However, this might be where the similarity ends. Because girls feel like second-class citizens, fighting for field space and against gender norms, they don’t necessarily have the same need for glory or the desire to play in Europe. The idea that football can lead to wealth doesn’t really exist. There is just the fundamental need to play, to be accepted, and to have a space on the field. Whether there is a bonus after a win or barely enough money to take the bus back home, the important thing is the ability to play.

At this stage of the development of Moroccan women’s football, what is needed most is a change in the way society perceives sports, particularly football. A perceptual shift must occur which changes understanding from sports as a male domain where, if athletes excel, they can attain great wealth, to a tool for development to help young women gain confidence, lead healthy lives, and counter male dominance in public spaces. This change, at least in the beginning, must come from women themselves. The rest will follow.

[6]. First league men’s teams are now required by the Fédération Royale Marocaine de Football to have a women’s team.