Disaster Diplomacy for Asia and the Middle East 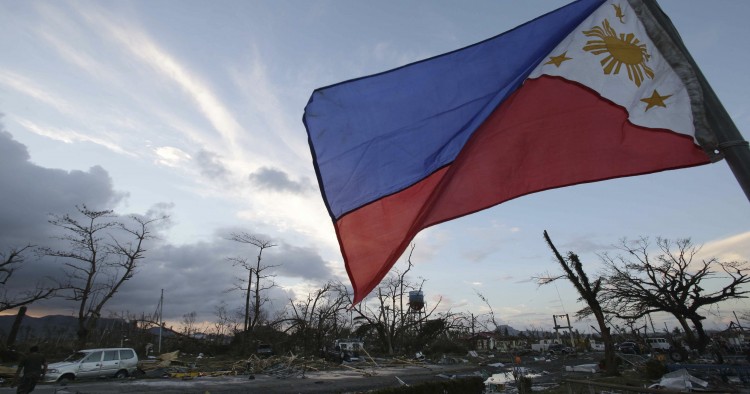 What is Disaster Diplomacy?

Disaster diplomacy investigates how and why disaster-related activities (pre-disaster and post-disaster) influence conflict and cooperation.[1]

Planning, preparation, and damage reduction are part of pre-disaster activities, which are termed ‘disaster risk reduction,’ focusing on addressing the root causes of disasters. Those root causes are, fundamentally, power and politics (particularly as related to resource allocation), societal sectors gaining from others’ vulnerability, and preference for short-term profit over long-term safety. Post-disaster activities refer to response, reconstruction, and recovery.

There have been numerous case studies of disaster diplomacy, covering various countries, regions and time periods, as well as a wide array of hazards—from environmental phenomena, such as earthquakes and floods, to technology-related incidences, such as train crashes and poisonings. The case studies have investigated many types of diplomacy: bilateralism, multilateralism, intergovernmental and international organizations, nongovernmental entities, and international relations conducted by non-sovereign jurisdictions such as provinces or cities (often called para-diplomacy, proto-diplomacy, and micro-diplomacy). The case studies also encompass many forms of conflict, ranging from interstate war and internal insurrections to the absence of diplomatic relations, frosty interactions, and political disagreements.

Across all case studies, no examples have been found where disaster-related activities have created new diplomatic initiatives. To be sure, disaster-related activities can serve as a catalyst for pre-existing diplomatic endeavors. In such instances, cultural links, informal or secret diplomatic negotiations, interactions in multilateral organizations, trade connections, or business and economic development can provide the conditions conducive to spurring disaster diplomacy.

Disaster Diplomacy in the Philippines

The Philippines has the unfortunate privilege of regularly making international news headlines for the frequency, scope and scale of disasters involving hazards such as earthquakes, volcanic eruptions, typhoons, and landslides. In addition to the large disasters that have captured international media attention, many smaller ones have occurred which have been overlooked.

Whether large or small, the country’s disasters have affected regions of the archipelago that are rife with long-standing armed conflicts. Examples are conflicts associated with the Moro self-determination movement in southwestern Mindanao and neighboring islands and with the revolution led by Maoist and Marxist-Leninist activists elsewhere in the country.

The numerous rebel groups involved in these conflicts differ in ideology, allegiance, and objectives, but they all have in common regular clashes with the Armed Forces of the Philippines (AFP). These clashes have resulted in numerous civilian and military casualties, environmental degradation, destruction of properties and farmlands, mass displacement, and political instability.

At the national level, the conflicts justify maintaining a large military budget, to the detriment of social services and other society-focused expenditures. As a result of this misallocation of resources, local communities and the country’s population as a whole are rendered more vulnerable to the impact of environmental and other hazards.

Despite the long-standing animosity between the insurgents and the Filipino government, disasters, both small and large, have often led to temporary ceasefires, especially between the AFP and the New People’s Army (NPA) of the Communist Party of the Philippines (CPP), which remains the dominant force within the leftist movement. Such was the case in late 2004, when four typhoons struck Quezon province in succession, triggering floods and mudslides that claimed as many as 1,000 lives.[3]

However, none of these truces has stood longer than a few days or weeks. When the Bulusan volcano erupted in 2006[4] and again in 2010,[5] ceasefires were agreed, but only for distributing relief supplies and only while the volcano continued erupting. In fact, in such cases, firefights between both parties were common, even during the distribution of disaster relief.[6]

Yet, in times of disaster, all parties usually react rapidly and offer help directly, in the case of the military, or through nongovernmental organizations, in the case of the leftist groups. Disasters become an opportunity for the AFP, the NPA, and revolutionary groups to show support for and gain trust among those affected.

Consequently, none of the multiple post-disaster ceasefires observed between the AFP and the leftist groups has led to long-term peace outcomes. On the contrary, when disasters have struck, the government in Manila and the NPA have waged media battles blaming each other for the extent of the death and destruction, thereby exacerbating tension.

For example, in the aftermath of landslide disasters in 2004, the government tried to implicate the NPA in illegal logging, denuding slopes, and causing the slide.[7] Meanwhile, the NPA accused the government of encouraging environmental degradation by allowing commercial logging and mining.[8] Thus, the parties squandered disaster risk reduction opportunities to tackle simultaneously conflict, environmental degradation, and destruction of sustainable livelihoods.

As observed elsewhere in the world, no evidence of disaster diplomacy has yet emerged from the Philippines. Instead, disasters appear to have been exploited for political purposes, perpetuating the vulnerability which caused the disaster in the first place.

Disaster Diplomacy Lessons for the Middle East and Beyond

In the Middle East context, several noteworthy efforts have been undertaken to foster scientific and technological cooperation aimed partly, if not entirely, at disaster risk reduction. These efforts include the U.S.-funded Middle East Regional Cooperation (MERC),[9] the non-profit Middle East Seismological Forum’s cyber platform for sharing information on seismology and earthquake engineering,[10] and the ‘Blue Peace’ initiative, which seeks to redefine the water paradigm in the Middle East by advancing consultative and collaborative approaches to sustainable regional water management.[11]

In all three instances, possibilities exist that the collaboration might ultimately lead to broader and deeper cooperation among the various stakeholders. Yet, the reality of all case studies involving the interplay between disaster-related and diplomatic activities is that many factors input into each activity, leading to a complex mixture when the two intersect.

Regarding disaster risk-reduction activities, some communities have the resources and choices available to tackle root causes of disaster over the long-term. Other communities, however, might not be nearly as well resourced or equitable, and thus not as fortunate. Factors such as discrimination, inequity, unsafe infrastructure, inadequate social services (e.g., health and education) and insecure livelihoods might render them especially vulnerable to hazards.[12]

Regarding diplomacy, those with the power to conduct it use multiple criteria (e.g., ideology, resources, desire for power, preference for peace or conflict) to decide whether to cooperate with different parties. No rule exists whereby diplomatic activities must be directed toward reconciliation, rapprochement, or disaster risk reduction.

In fact, those in power could choose to engage in diplomacy in order to create conflict and to scupper peace, thus exacerbating vulnerability to environmental hazards. Furthermore, diplomacy is always influenced and deployed by multiple parties; therefore, multiple pathways exist for supporting or inhibiting disaster diplomacy, depending on each party’s preference. One negative input can scuttle multiple positive ones.

Consequently, disaster diplomacy is not a one-off initiative, but rather a long-running and multifaceted process, ever present as a possibility, though thus far with no proven successes. The main lesson from the available disaster diplomacy evidence is that the process is not an effective means for pursuing either disaster-related work or diplomatic activities.