Don’t be Fooled by Appearances, Liberal Values are Spreading in the Arab World 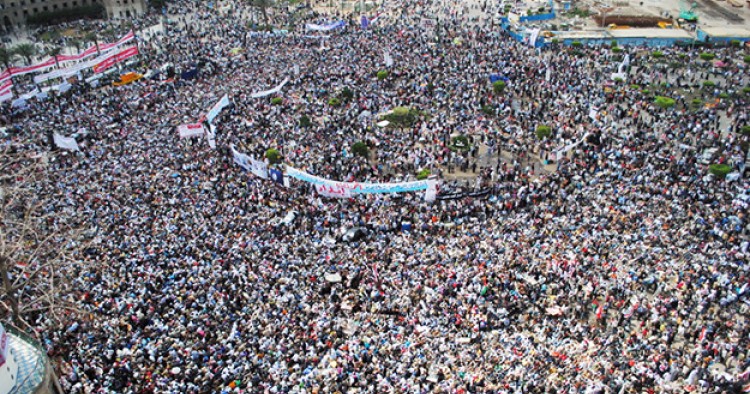 Is there such a thing as Arab liberalism? Judging by U.S. mainstream media coverage, the answer is no. Out of ten stories on the Middle East and North Africa (MENA), chances are that nine cover terrorism and sectarian violence—and the tenth, government abuse. What is true for media is even truer for other circles of knowledge production. Washington’s MENA-oriented think tanks are transfixed by ISIS-like fanatic groups and focus what is left of their attention on Muslim Brother-type Islamists (though these lost much currency after the popular uprising and military removal of them in Egypt in 2013) as well as on the varieties of despotic regimes ruling the Arab world. Very little space, if any, is devoted to whatever is in between authoritarian establishments and their religious opponents—namely democratic, secular, liberal civil society actors. It is as if they don’t exist—or don’t count.

Yet three years ago, these same characters were making front-page news worldwide. Remember the “Facebook activists” and “Twitter revolutionaries?” Back in 2011, they were the darlings of global media. Reform-minded, free-spirited, and Internet-savvy Arab youths were taking over public squares by the tens of thousands, chanting their contempt of despotism and love of freedom—all without a hint of religious militancy—and ousting reviled dictators. How did that demographic fade to irrelevance after only a few years? What happened?

Realpolitik happened. Soon after the revolutionary dust settled, Arab liberal activists were outmaneuvered by more established, more organized, and more prepared actors. Today the army rules supreme in Egypt; Syria and Iraq are split between terrorist groups and despotic leaders; royal families enjoy an even stronger grip in Gulf countries, Jordan, and Morocco; and Libya is stuck in a bizarre stalemate based on tribal interests and armed militias.

The lesson has been learned: social pressure can indeed bring a bad ruler down, but ultimately democratic activism, as sincere as it may be, is not what it takes to prevail in a competition for power. Rather, the ultimate winners are those who have guns and deep pockets and, perhaps more importantly, can rely on solid, organized, and long-lasting networks—including at the grassroots level—to channel change in the direction they want. Unlike the young liberals, the Arab military and royal establishments have been amassing power and capital for decades. Such resources came in handy when these actors followed up on 2011’s uprisings.

Does this mean, as Western media and analysts assume, that the influence of Arab liberals is dead in the water? That they are simply irrelevant in today’s—and maybe tomorrow’s—Arab world? I don’t think so.

First, if grassroots reach and significant treasure chests are necessary to bid for power, they are not indispensable to inspire large crowds and eventually move them to action. Though old-school networks may have prevailed in the Middle East, it shouldn’t hide the fact that the “Arab Spring”—by all means the most dramatic paradigm shift that happened in MENA for decades—was originally inspired, triggered, and spearheaded by civil society actors. As loosely organized and interconnected as they were, liberal activists undoubtedly shaped the narrative of the spectacular rebellions. They successfully used Internet and social media to develop and circulate what would become the central claims of massive crowds: freedom, dignity, accountability, and social justice.

There are no indicators that the liberals’ power to inspire the Arab people has receded since 2011. In fact, it may have increased. Egypt is often cited as exemplifying the post-revolutionary vanishing of liberal opinion leaders. Yet if we set aside media institutions and music celebrities, seven out of the 10 most followed Twitter accounts in Egypt are those of liberal commentators such as satirists Bassem Youssef and Belal Fadl or the secular politicians Mohamed ElBaradei, Hamdeen Sabahi, and Amr Hamzawy. Even in Saudi Arabia, where the alliance between the ruling family and the Wahhabi establishment is more solid than ever, six out of the 10 most watched YouTube channels (telecom and gaming companies aside) are satirical shows produced by rebellious youth groups. By November 2014, the total views for the videos uploaded by these channels were no less than 915 million—with Saudi Arabia having only 30 million inhabitants. For those who care to look closer, many other surprising trends are taking over the Arab Internet, such as a surge in atheism via dedicated Facebook pages with tens of thousands of followers—unthinkable just five years ago—and gay rights groups popping up in every online corner. (And each year, we hear of more attempts to move these groups from the virtual to the real world by staging gay pride parades in Arab cities.)

Thus, while Western public opinion is pronouncing it dead, Arab liberalism is in fact trending in MENA’s online conversations—and these conversations are rapidly increasing in number. Some might argue that what happens online isn’t representative of the Arab world’s reality, but this is incorrect. During the 2002-2012 decade, Arabic was the world’s fastest growing language on the web. The average Internet penetration rate of 38 percent for MENA hides important disparities. While penetration is low in some countries (9 percent in Iraq, 16 percent in Algeria and Libya, 20 percent in Yemen), it is more than significant in others (between 46 and 56 percent in Egypt, Tunisia, and Morocco), and even remarkably high in Lebanon and the Gulf countries (over 70 percent)—and the numbers keep growing. In other words, the Internet, with social media at its forefront, is increasingly part of the daily reality of the everyday Arab citizen—and the conversation on it has a strong liberal flavor.

The online influence of liberal voices is to be put in perspective with other societal factors, mainly demography and education. As empirically demonstrated by French demographers Emmanuel Todd and Youssef Courbage, the Arab world is undergoing a profound sociological transformation. On the one hand, dramatically decreasing fertility rates (from 6 in 1985 to 2.6 in 2013) are generating smaller-sized families, which has been proven to favor the emergence of individualism (as opposed to communitarianism or tribalism). On the other hand, education is steadily growing in MENA (literacy rates went from 58 percent in 1995 to 70 percent in 2004). Because of the combination of these two forces, more and more Arab citizens are likely to respond to and identify with the call for individual freedoms and civil rights in the future. In other words, the “natural audience” of liberal civil society is growing organically in the region. Hence my bold hypothesis: In the foreseeable future, the influence of liberal ideas will spread more and more widely, until it fundamentally reshapes the Arab world’s social and political culture.

An “audience,” of course, is not a constituency. In order to transform sociocultural influence into political leverage, liberals will need to build large, structured, and well-endowed grassroots organizations. That is the only way to outdo conservative and religious forces that have been organizing, fundraising, and recruiting for many decades. That effort has not yet seriously started. But the sociocultural stage is being set for it, and that is a crucial condition for change.

During the 1960s and 1970s, France lived May 1968 and its aftermath, while the United States experienced Woodstock, anti-war movements, and various sociocultural dynamics that challenged conservative establishments more than ever before. Yet despite the mighty liberal wave, Richard Nixon stayed in power until 1974, only to be replaced by another Republican president. The same pattern occurred in France, where Charles De Gaulle was succeeded by two right-wing presidents and administrations. The “flower power” seeds that were planted in the 1960s and 1970s needed some time to grow. A couple of decades later, their underlying values have become mainstream in the West. Of course, the analogy has its limits, but in the greater scheme of things, something comparable is happening in the Arab world. The liberal vanguard that suddenly burst out in 2011 has been crushed by the Islamo-conservatives, but wait: it will come back stronger and last longer.

The emergence of a more liberal and pluralistic Middle East and North Africa is obviously a good prospect for the United States and the world. For the time being, few believe in it, even though it is unfolding under their noses. Concealed by the hubbub about short-lived extremist forays and sectarian strife, a profound sociocultural shift is quietly, yet radically, reshaping the Arab world. If the West could shake off its fascination with the blood and fury, it would see a silver lining on the horizon.