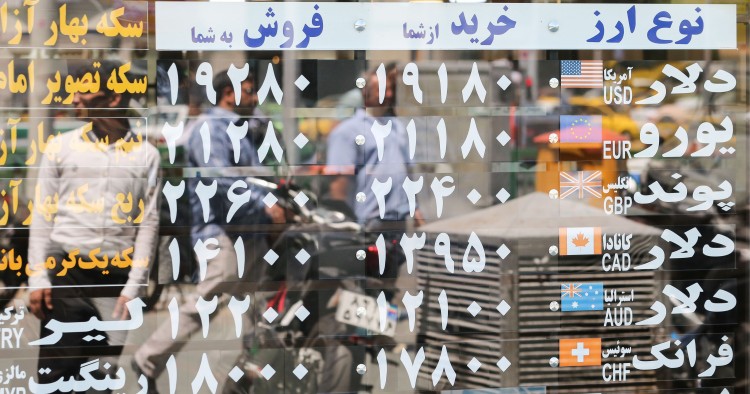 Officials in Tehran have a lot to worry about. But they are particularly irked at the speed by which Asian states have dropped Iran as a trading partner. Iran had hoped that the East would save the country’s economy from the barrage of sanctions enacted by the administration of U.S. President Donald Trump. In early 2018, at a time when Trump and his team were about to unveil the most punishing sanctions regime ever imposed on a country, Supreme Leader Ali Khamenei explicitly urged Tehran to look east for trading partners. Khamenei’s track record in vilifying the West is lengthy, with the ayatollah regularly scorning any official in Tehran who disagreed as a simpleton or “unreasonable.” But his alternative has so far proved to be nothing but a pipe dream. Even so, Khamenei maintains the charade of a promised bailout.

Over the course of the Trump presidency, Iran’s relations with Asian countries have varied, but there is no sign of a clear success anywhere. Among the country’s big former trading partners, South Korea and India stand out as the most eager to respect U.S. sanctions on Iran. They stopped buying Iran’s oil, halted any long-term investments they had in Iran, and more or less refuse to sell anything to the country. In June, after two years of negotiations, South Korea finally sent to Iran a cargo of humanitarian goods worth $500,000. Another shipment worth $2 million is said to be under way, but only if Seoul first secures the approval of Washington.