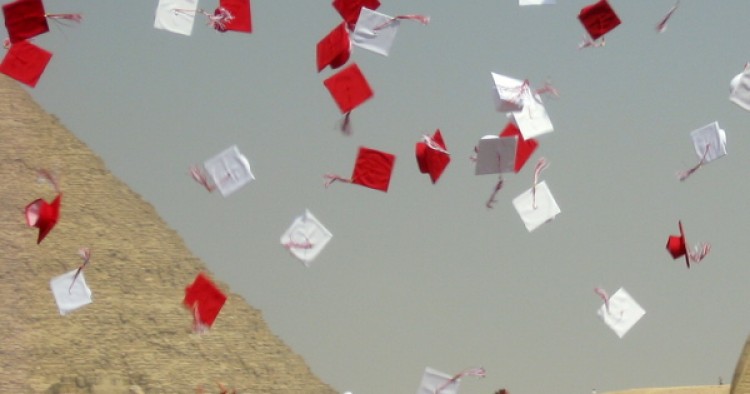 In a January 1943 published letter which would ultimately lead to the creation of the historic United Negro College Fund (UNCF), Dr. Frederick Patterson of Tuskegee University wrote that the “nominal contribution of one dollar per person” could be enough to help improve the educational standards of young disenfranchised African-American children around the United States for generations to come.

It was from that simple visionary idea that we decided to launch Dollar-A-Day Scholarship Fund to help provide educational scholarships, along with a variety of financial assistance and career development programs, for young minority under-represented students to be able to achieve their academic and professional goals for the overall betterment of humanity.

As a young social entrepreneur who was born in a third-world Muslim country, I understand first-hand the compelling need to improve educational opportunities for children who may not have the adequate financial means or institutional access to pursue higher education, which will help them to eventually give back to their local communities in the long run.

From my personal experience, as the financial concept of interest-based loans (‘riba’ in Arabic) or usury is not allowed within basic Islamic teachings, I remember, that in addition to having to work in addition to going to school, my own father also had to take on a second full-time job in order to pay for my collegiate and law school education. Always remembering the sacrifice that he made because of his religious beliefs in order for his son to achieve his educational dreams, I decided from that day onward that I would dedicate the rest of my life trying to improve access to financial channels for young Muslim students worldwide.

I started with Dollar-A-Day Scholarship Fund, Inc., an American based not-for-profit organization. Online at www.muslimscholarship.org, it is America’s leading Muslim scholarship and professional development program. It was established on the basis of three basic principles, namely: 1) scholarship, 2) global leadership, and 3) commitment to public service. As one of the first national Muslim-American scholarship funds in the country, it aims to provide a gateway of resources for young Muslim students. Included among these resources are academic scholarships, no-interest loans, internship stipends, mentor matching, and workshops on leadership and career development. Like the original idea for UNCF outlined above, the cornerstone of Dollar-A-Day is the concept that individuals can collectively support its mission with as little as one dollar per day (approximately $30 per month or $365 per year).

With over seven million Muslims in the United States, growing at a rate much greater than the national average, one-third of this population is below the age of forty. What role this upcoming generation plays in our future is something all of us should consider thinking about. Although many young Muslim-Americans are pursuing college and graduate studies, a far larger proportion of this population is limited in doing just that due to the rapidly increasing cost of higher education and the attachment of small but significant rates of interest on education loans.

From an Islamic religious perspective, one can see at least nine major Qur’anic verses (2:275-280, 3:130, 4:161, 30:39) which relate to the general prohibition against interest/riba/usury in a Muslim’s financial dealings. Because of this general prohibition on interest-based loans and transactions, many modern Muslim families struggle to find ways to pay for their children’s education in a manner which they believe to be consistent with their religious beliefs.

This is where Dollar-A-Day can help fill a very large void within the Muslim community in the United States and beyond today. By offering monetary scholarships and eventually interest-free educational loans, we will not just be able to provide a financial mechanism for young Muslim students to be able to fund their collegiate education in a manner consistent with their religious faith, but also encourage them to become agents of positive change.

President Barack Obama stated numerous times during his presidential campaign that we must help make college more affordable for Americans of all races, religions and socioeconomic status. According to a 2009 Gallup study, more than one-third of Muslim-Americans (36%) are between the ages of 18-29 and firmly within the college demographic age.  While over half (50.4%) of Muslim-Americans work in the high-paying fields of engineering, medicine or information technology, only2.5 % of the Muslim-American population work in the lower-paying, yet equally important, social science careers such as academics, journalists, lawyers, actors or artists.

By lessening the financial burden for students and their parents, we are also helping to promote some of these lesser-paying social science fields which cannot compete with the higher-paying and often over-saturated professions of engineering, medicine, or information technology. This will allow students to strive for more public-interest careers which will help promote better global citizenship by defraying the opportunity costs of pursuing worthwhile internship opportunities with international, intergovernmental or non-governmental policy based organizations helping the impoverished peoples both in America and within Muslim-majority countries around the world.

Last year, the 2009-2010 Dollar-A-Day scholarship recipients included a student enrolled in a master’s degree program at Harvard Divinity School and another student receiving her master’s degree in Islamic studies from Columbia University in New York City.

By advancing scholarship, leadership, and public service within the younger generations of Muslim-American students, Dollar-A-Day hopes to eventually have a global impact on helping to raise literacy rates in third-world Muslim-majority nations around the world. As Dollar-A-Day continues to grow with your support, we can further help to strengthen the professional development of young millennial Muslim students around the world by providing mentoring, networking, and job placement services within our vast network of seasoned professionals in public sector jobs around the world.

Dollar-A-Day’s internship stipends program, for example, encourages Muslim-American students to pursue opportunities in the Middle East and other Muslim majority nations. Through this program, it aims to encourage the Muslim-American youth not only to become better global citizens, but also to serve as ambassadors and liaisons for developing alumni networks and peer groups that cater to Muslim youth from around the world. By engaging Muslim-Americans with a diverse array of students from many of the 56 Muslim nations, Dollar-A-Day can further aid in the promotion of educational exchanges and reforms in many parts of the Middle East and the greater Islamic world.

Dollar-A-Day is committed to working with like-minded institutions in any effort to replicate, provide equal access to higher education, or create other scholarship and financial aid opportunities to offset the cost of higher education for Muslim students worldwide and to engage them in leadership and public service.

By raising just one dollar a day per person at a time, at least amongst the many millions of Muslims in America, the organization invites all of us to take part in a bold grassroots campaign in an unprecedented effort that should be looked upon not only as a tool to help young Muslims attend college and graduate school, but also as a social and moral commitment to engage them in service. It is our belief that with the tools of education, they will build societies and institutions throughout America and the Muslim world to develop sustaining relationships — relationships that will create global leaders who work to challenge stereotypes, fight injustice, and grow together as one human race.

By replicating the business model of UNCF and their original community appeal for a “nominal contribution of one dollar per person,” the Dollar-A-Day Scholarship Fund has taken that mantra as its namesake as it continues to grow into becoming the primary vehicle for academic, financial, and professional development assistance for the next generation of young millennial Muslim students across the United States and beyond.