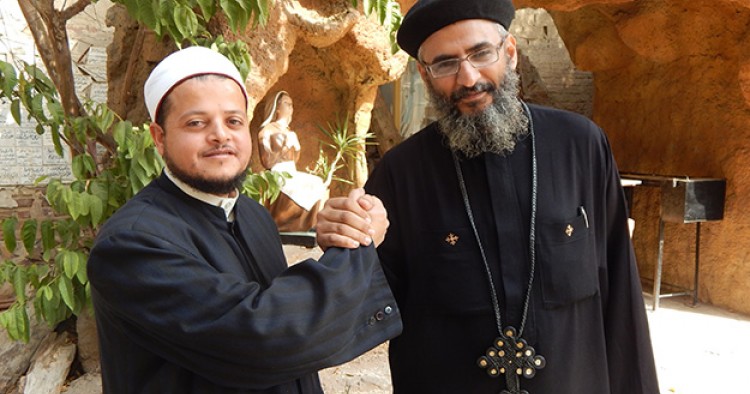 Egypt’s President Abdel Fattah el-Sisi has not been shy about the need to reform religious discourse and relations.[1] He is concerned about how the image of Islam has been marred by Muslims themselves, and how extremist thought has torn the fabric of Muslim-Christian unity. Visiting the Coptic Orthodox cathedral on Christmas Eve, he told the cheering audience, “We will build Egypt together. We will love each other, so the people can see.”[2] If these words are to become reality, the president may have a tool in an organization called the Egyptian Family House.

Established in 2011 by the post-revolutionary cabinet of Essam Sharaf, the Family House was first conceived by the Grand Sheikh of al-Azhar, Ahmed al-Tayeb, and the now-deceased Coptic Orthodox Pope Shenouda. The October 2010 attack on Our Lady of Salvation Church in Baghdad was followed by direct threats against Egyptian Copts, and two months later the Two Saints Church of Alexandria was bombed, killing 21 people. Because of this uptick in violence, and because the Egyptian revolution had promoted the idea of “one hand,” meaning the unity of Christians and Muslims, these religious leaders found favor with the interim government and created an institution meant to strengthen Egyptian religious harmony.

Political tensions in the aftermath of the 2011 revolution threatened this unity, and the general tumult meant little was done initially to develop the organization. But over the past two years Egypt’s religious communities—represented by al-Azhar and the Orthodox, Protestant, Catholic, and Anglican denominations—have been working to fulfill the Family House’s mission.

The organization is headed by a 27-member leadership council led jointly by al-Tayeb and current Orthodox Pope Tawadros. It presides over eight committees which, following approval by the council, have a mandate to engage directly with government ministers concerning public policy. The recent work of the education committee provides one example of these efforts. Populated by around two dozen like-minded employees of various educational institutions, in equal proportion Muslim and Christian, the committee hopes to soon present the minister of education with a new textbook for all levels of public education that will promote shared religious values, as well as a manual that will ensure the proper training of all religion teachers.[3]

The second mandate is to replicate the Family House in branches throughout the country. A popular criticism of religious leaders in Egypt is that they often come together at the national level to offer well-publicized “hugs and kisses” and promote national unity, while sectarian tensions at the local level are left unresolved. The Family House’s religious discourse committee aims to alter this paradigm and create grassroots solutions.

For the past two years, with the third year now underway, this committee has trained groups of 70 imams, sheikhs, priests, and pastors to engage in local dialogue and social development. Four times a year these leaders gather for a three-day retreat, lodging with colleagues of the other faith and visiting historic houses of worship together. During each retreat, they must work collectively and foster interreligious cooperation. Participants come from governorates across the country and return home to disseminate the group’s message.[4]

The leaders have succeeded in creating nine official regional branches, in Alexandria, Beni Suef, Minya, Mallawi, Assiut, Luxor, Beheira, Hurghada, and Port Said,[5] with a tenth soon to come in Ismailia.[6] In Ismailia, Sheikh Abdel Rahman and Father Suriyal have made continual visits to schools, hospitals, and prisons. In Port Said, Father Kyrillos and Sheikh Hassan helped to resolve a clash between a Muslim family and a Christian family before it escalated into a full-fledged sectarian incident. But examination of the Alexandria branch, established in December 2012 as one of the first regional chapters, shows that these efforts, while promising, are challenged by the precedent of people of different faiths not often working together.

In Alexandria, the governor provided the Family House with a building and four employees from the public payroll. The approximately 100 members meet once a month and work with deputies from the local ministries of culture, health, and social solidarity to plan how to collaboratively serve disadvantaged populations.

But at the same time, the Alexandria branch has been slow to organize activities. One conference on citizenship was held in the presence of the governor, but attracted an audience of only 150. The branch’s family committee has also conducted two visits to lower income neighborhoods, presenting a positive image of religious unity. But little else has been done. Members are encouraged to travel together to each monthly meeting to display their cooperation publicly, but only around half are doing so, according to Father Boulos Awad, co-head of the branch.

Even within the Family House, the culture of separation and ignorance of the religious other has not been easy to overcome. Awad explained that the members have spent much of their time getting to know each other and learning how to communicate. While many imams and priests in the organization have succeeded in forging friendships—calling each other on holidays, for example—they have reported few examples of practical cooperation.

A non-clerical member of the Alexandria branch added that the deliberate pace of the group’s activities reflects the nature of the members in that they are not pragmatic, fast-acting professionals and have the mentality of religious caution. But he and Awad both agree that the participants have good intentions, and they anticipate greater success in the years to come.

The national Family House leadership, however, remains more active. The emergency committee has intervened in sectarian incidents in Aswan, Minya, Deir Mawas, Dahshur, and Samalout. The youth committee has conducted five regional conferences of 200 students each, focusing on spiritual, economic, and cultural development. But coordination between committees is still a problem. One reason why the Family House is not well known is that it has not sufficiently networked with the media committee to publicize its successes.

The Family House thus currently has real potential to foster Muslim-Christian unity, but much depends on the will of those involved. Will “hugs and kisses” now be exchanged at the local level, as small circles of elites congratulate each other on their tolerance? Or will dedicated religious leaders, as they learn how to work together, find a way to involve the Egyptian people in a new ethos of interreligious cooperation such that it takes hold in the streets?

Similarly, will the government ignore the Family House’s recommendations for institutional reform aimed at fostering Egyptian unity? Or will it welcome the expert and grassroots perspectives that identify deficiencies in the state?

President Sisi has set a clear tone in favor of religious renewal and national unity. His sincerity may well be judged by the success of an institution already poised to implement his message. “Public opinion is ready for the sort of renewal we have in mind,” Sisi told the Associated Press in September 2014.[7] The Family House is a bellwether to see if this is true—and, perhaps, a tool to make it so.

[1]      See a list of quotes provided by the Egyptian Embassy in Washington, D.C.: “In Egypt, a Call for Tolerance and Moderation,” http://www.egyptembassy.net/media/Egypt_ToleranceFS_011315a23.pdf.

[5]      See the still underdeveloped website of the Family House, http://bytalayla.com/.