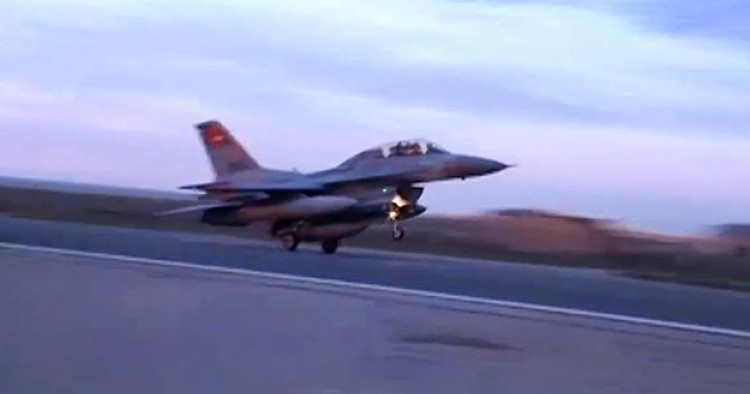 On January 28, 2015, jihadis in Sinai launched multiple, simultaneous attacks against Egyptian security forces in the vicinity of El Arish and the nearby towns of Sheikh Zuweid and Rafah. These attacks occurred only hours after President Abdul-Fattah el-Sisi said that he would die defending the region from terror. “We will never leave Sinai,” Sisi said. “Sinai is ours. Sinai will not separate from Egypt unless all of us are killed.”[1]  This was followed in mid February by the beheading of 21 Egyptian Coptic Christians by ISIS in Libya. Egypt responded with airstrikes on the Libyan city of Derna and has called for international assistance in its fight against terrorism in Libya.

The attacks in Sinai hit numerous checkpoints, a police club, and security installations using a range of weapons, including mortars and at least one car bomb that killed about 60 people and injured scores of others. It was a daring attack, a real show of force and planning skills, but it was also a debut for ISIS in Sinai, or the ISIS wilaya, as in “province of the Islamic State.” This new “State of Sinai” released a statement declaring that the attacks were to avenge “for women and girls” held in Egyptian government prisons.[2]

This new branch of ISIS did not arrive ex nihilo. It is essentially a rebranded Ansar Beit al-Maqdis, a jihadi group that targeted then-President Mohamed Morsi in 2012. In a series of raids in Cairo and Alexandria after the plot was discovered, security officials seemed relatively confident that they had broken the back of the group. But Ansar had strategic depth in the form of the Sinai Peninsula, an area that erupted in jihadi violence following Egypt’s 2011 revolution. Some of the terrorists were affiliated with Hamas or other Palestinian rejectionist groups who were using Sinai as a safe haven from which to stage missile attacks and ground assaults against Israeli targets. There were rumors that Hezbollah had established a presence in Sinai along with al-Qa‘ida-style groups, including Ansar, who themselves were heirs to an Egyptian jihadi tradition going back to Takfir wal-Hijra in the late 1970s.

Before 2011, the Egyptian security forces never really had a strong handle on the situation in Sinai. They relied on ad hoc arrangements with key tribal sheikhs to keep order and turned a blind eye to the smuggling activities that kept the local economy going. The revolution in Egypt weakened the security forces and distracted the military, which enlarged the freedom of action of both criminals and terrorists. The gas pipeline that serviced Israel and Jordan was sabotaged dozens of times during this period, frequently in the area where the January 2015 attacks took place.

The government’s initial response was to send in tanks in an effort to intimidate local malefactors, only to get into a wrangle with the Multinational Force and Observers (MFO); Egyptian armor is prohibited from certain areas in Sinai under the military provisions of the disengagement agreement between Israel and Egypt. Armor, in any case, is something of a non sequitur to the actual threat. The local fighters are intimately familiar with the area’s geography as well as the choreography of the army’s movements; the army searches towns early in the morning for terrorists, who leave in time to avoid detection and return at night to reimpose control. Intelligence-gathering is another challenge. The Egyptian intelligence agencies do not appear to have enough human intelligence assets in key parts of northern Sinai.

To complicate matters, the Egyptian army does not have a well developed counterinsurgency capability, and the government lacks the resources necessary to underpin a counterinsurgency strategy by dealing with local unemployment, delivering social services and education, and maintaining essential infrastructure.

Under President Sisi, Egyptian forces in Sinai have been reinforced and put to work primarily in cordon operations and raids that allegedly killed many Ansar fighters, although who precisely those casualties were could not be independently confirmed. In the weeks leading up to the January ISIS attacks, Egyptian broadcast media were replete with accounts of military successes against jihadis in Sinai. After the attacks, Sisi ordered the deployment of a third field army to augment the second field army in its counterterrorism mission. But without changes in the military’s doctrinal approaches and enhancement of its operational capacities toward a more focused counterinsurgency mission, the additional troops are unlikely to defeat the insurgency.

The offer of religiously binding loyalty—the bay‘a—by Ansar to ISIS commander Abu Bakr al-Baghdadi was interesting in part because it was apparently not made by a weakened or distressed group seeking resources to help fend off government pressure. Indeed, at the time Ansar made this move it was riding high as the largest jihadi group in Egypt.[3]  It indicates that the ISIS idea of a centralized caliphate is gaining ground among disjointed radical jihadi groups.

In Baghdadi’s triumphant November 2014 statement broadcast on al-Furqan, the ISIS media outlet, the ISIS caliph enumerated all the wiliest under his command:

We give you the good news of declaring the expansion of the Islamic State to new countries...to the country of the two shrines [Saudi Arabia], Yemen, Egypt, Libya, and Algeria. We declare that we accept the allegiance of those who gave it to us among our brethren in these countries, thereby abolishing the names of the groups there and declaring them as new provinces of the state, for which we shall appoint governors.

Egypt is the home to just one of two new successful ISIS franchises. The other has taken root in Libya, on Egypt’s western border. The Sinai branch of ISIS has also claimed attacks in Egypt’s western desert, suggesting its ability to link up with the Libyan wilaya, offering considerable strategic depth to ISIS on both sides of Egypt, doubling the challenge facing the Sisi government.

The Egyptian-Libyan border is over 1,200 kilometers long. It is almost entirely open desert and virtually impossible to secure, especially given Egypt’s stretched military resources. Should ISIS in Libya decide to attack targets within Egypt, their access would be difficult to block. Smuggling of weapons and munitions from Libya would be similarly hard to interdict. Unlike in Sinai, there is no barrier like the heavily defended Suez Canal separating Egypt proper from a contested region.[4] This is one asset that is truly essential to insurgencies: the ability to move back and forth across borders and enjoy a degree of safe haven can mean the difference between victory and defeat.

The Egyptian government surely understands this, but its options are limited. Airstrikes are hard to sustain and are intelligence-driven. Their effect is cumulative, so endurance as well as real time data and the ability to use it for targeting are at a premium. The Egyptian government is asking the United States and other allies for long-range drones and other border-monitoring equipment to enhance its ability to spot intrusions when they occur. Ground forces would be difficult to maintain in Libya. Expeditionary forces require a long logistics tail, the management of which is not an Egyptian strong point, not least because Egypt’s forces were meant to operate in or near the Delta. And securing the border, which the United States has long encouraged the Egyptian government to do, is a long-term, expensive proposition that entails layered surveillance systems and the organizational ability to monitor them.

Given the serious polarization between the state and the Muslim Brotherhood, the government also has to consider the possibility that ISIS is already inside the wire. Although the groundswell of opposition to the Brotherhood and the wave that brought Sisi to power looks fairly durable, it created serious enemies. And the blanket repression of all Brotherhood members could turn some fence-sitters into militant radicals, and some of these might turn to ISIS when they decide to pick up a gun.

In the late twentieth century, radical jihadis killed a president—Anwar Sadat—and launched a bloody campaign against his successor, culminating in the 1997 massacre of more than 60 Western tourists at Luxor. Egypt faced serious threats from radical jihadis then; it is facing a similar—indeed larger—threat today.

[4] However, the defensibility of the Suez Canal should not be taken for granted. Should ISIS get access to long-range mortars, or even anti-tank weapons, its fighters could threaten shipping transiting the canal. This could seriously damage a fragile Egyptian economic recovery.