Empowering Under-served and Vulnerable Populations: Bidoon and Beyond 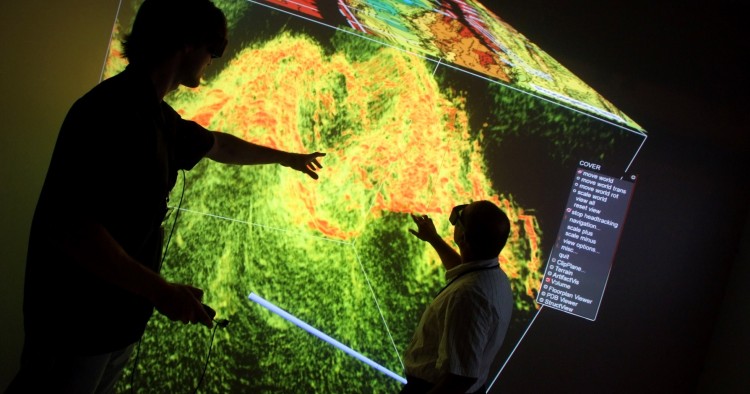 Since the very inception of the United Arab Emirates (UAE) in 1972, education has been viewed as a primary tool for building a knowledge-age economy for this young desert nation. Shaykh Zayed bin Sultan Al Nahayyan, UAE’s founding father, reportedly stated: “The real asset of any advanced nation is its people, especially the educated ones, and the prosperity and success of the people are measured by the standard of their education.”1 Regardless of whether he really uttered these words, Shaykh Zayed and the six other tribal leaders who built the UAE out of the sand meant them. Article 17 of the Emirati Constitution says that: “Education shall be a fundamental factor for the progress of society. It shall be compulsory in its primary stage and free of charge at all stages, within the Union. The Law shall prescribe the necessary plans for the propagation and spread of education at various levels and for the eradication of illiteracy” — that is, at least for Emirati citizens.

During the last three-and-a-half decades, the smallish country of about five million has worked to follow Zayed’s declaration, making enormous strides for many of the Emirati citizens. At the birth of the nation, the literacy rate in the UAE was about 15%. Today, 90% of Emirati adults and 95% of its young people are considered literate. The country’s women have come along just as fast, or even faster, than their brothers. By the time students reach college level, women vastly outnumber men in the national educational system.

Despite such a strong start, the promise for a better tomorrow remains only partially realized because the public educational institutions and policies apply exclusively to Emirati citizens, who constitute a mere 15% of the UAE’s population. To date, the UAE has not determined how to carve out space for the overwhelming majority of the people who live within its borders to participate in the life of the country. More than 85% of the population consists of “sponsored” expatriates, resident workers who will never be citizens, which leaves even the most educated disadvantaged, legally underserved, and vulnerable. Life is far worse for those from the Asian subcontinent, who have minimal education. Yet, even among Emirati citizens, allocations of life chances, advantages, education, and empowerment differ considerably by tribe, family, and position in society. Further complicating the situation is a complex system of loyalties, responsibilities, and a centuries-long sense of place.

Engendering the necessary changes to empower underserved and vulnerable populations appears to be a journey worthy of the great pilot Ibn Battuta himself. The vast majority of expats’ social, economic, and political rights are narrowly circumscribed; they lead lives separate from the rest of Emirati society and experience varying levels of alienation. At the bottom are the estimated 2.5 million unskilled Indian and Pakistani laborers who comprise about one half of the country’s population. They are viewed as easily replaceable cogs in the machinery; they remain voiceless, powerless, and sometimes invisible. Forbidden to organize and deported at will, these “guests” from the Asian subcontinent often toil under a 50-degree Celsius sun. Acquiescent, obedient female domestic helpers from the Philippines and Sri Lanka (who rear the country’s children) remain vulnerable to financial, physical, and sexual abuse. They are often treated more like property than people. If they complain, they are quickly “disappeared” on midnight flights. And, though often armed with golden parachutes, even the highly trained expats who man the levers of the economy can get caught up by capricious winds of change.

The Emirati Constitution, which was written in the early 1970s, has sweeping provisions guaranteeing equality, social justice, and security for all citizens, along with rights to free education, access to medical care, and the ability to own private property. Rights of non-citizens are considerably less. All foreigners must obey Emirati law, though they “enjoy the rights and freedom stipulated in international charters that are in force or in treaties and agreements to which the Union is party.” The paternalistic sponsorship system binding every worker to his/her employer circumscribes those rights, permitting an employer to dismiss all employees, even those who are executives, almost at will. A sponsor sometimes keeps passports and oftentimes must write a “no objection letter” in order for a sponsored employee to have a bank account or own a car, among other things considered necessities in a modern society.

Expat foreigners are not the only vulnerable populations. Also included is a group known as the Bidoon, who are Arabic speaking, practice Islam, and have lived in the country for decades. Bidoon, which means without, refers to the estimated 100,000 or so souls who literally are without legal documents proving Emirati citizenship. Before the union which formed the UAE in 1972, papers did not matter. Everyone was a member of one tribe or another, and tribes easily traversed the vast open stretches of sand.2

Today, having papers does matter. However, Bidoon do not hold UAE or other citizenship. They are officially “stateless,” which means that they have a limited legal standing. They also have limited educational opportunities and often can work only as common laborers. They cannot leave the country because they cannot obtain passports. Socially they are stigmatized, and their choice of marriage partners is restricted.

For Emirati society to become inclusive, much must be done to ensure the engaged participation of all members of society. Political parties will not be an option. None are permitted now; it is unlikely that they ever will be. The available pathway seems to be fostering civil networks, which benefit society by counterbalancing centralizing power tendencies. Creation of societies, organizations, or associations might enable individuals and groups to contribute to societal development and help in extending rights, reducing vulnerability, and serving the underserved. Such networks seem ever more critical in societies like the UAE which have gaping chasms between groups. But such networks depend upon an educated populace, and that is the rub. Most of the army of expats do not have an education as such and never will.3

Whether these networks eventually can bridge the chasms in the United Arab Emirates depends upon several interrelated dynamics. The first is that the government must permit them to grow. This is not a forgone conclusion. Though Article 32 of the Emirati Constitution guarantees the establishment of associations, permission is bounded by “the limits of the law.” These laws are usually very restrictive. Even when associations are permitted, the government often moves half-heartedly with glacial speed, erecting hurdles as it grinds forward.

Just as potent (and perhaps more telling) is that kinship still counts greatly, and extended families wield enormous power. These kinship groups have fostered a system that is antithetical to modern, transparent societies and economies in which meritocracy based on education and effort are valued and have created one in which tribal leaders parcel out favors. To create actual change, Emirati leaders must reform the legal and economic system. If not, the government will continue suppressing participatory developments just as soon as such developments threaten to undermine the power base of the ruling elites.

Evidence drawn from the recent real estate crunch suggests that the entrenched are neither ready for meaningful change, nor do they actually wish to be.4With few exceptions, the powers “that be” protected the ruling class and its friends and family from financial fallout. Unfortunate expats were left to play the odd man out in a game of financial musical chairs — or tossed into jail via archaic bankruptcy laws. These actions, though emblematic and related to the economy, do not bode well for the future. To the contrary, they speak to maintenance of the status quo in which the overwhelming majority of the UAE’s population cannot meaningfully participate in the civil life of the country in which they live.