Eternal Rivals? The Artesh and the IRGC 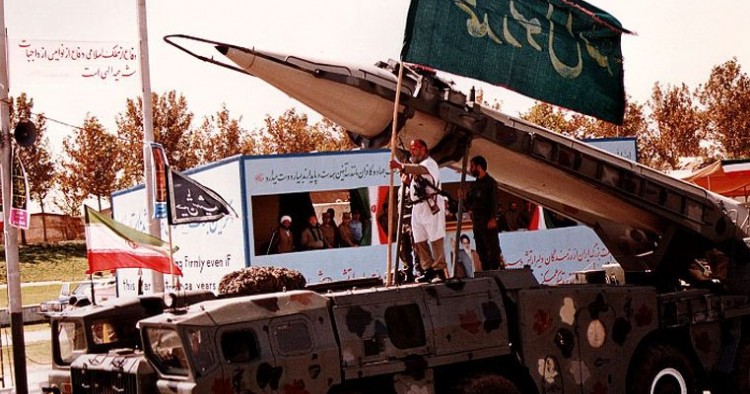 The rivalry is in part due to the early history of conflicts between the Army and the IRGC, but has also to do with overlapping responsibilities of the two military organizations enshrined in the constitution; doctrinal differences; and the civilian leadership’s apparent desire to maintain the two military organizations in a permanent state of rivalry. The political leadership’s desire is reflected in uneven access of the two forces to the political leadership; unequal access to funding, recruitment opportunities, and materiel; and different levels of subjective civilian control and prestige.

While the IRGC has superior access to the political leadership; a higher budget, including vast economic resources beyond the military budget, and prestige; enjoys access to the best recruits; and is subjected to a lower degree of subjective control mechanisms of the civilian leadership; the Army has — with the exception of the nuclear program — access to fairly sophisticated military hardware.

Despite the Imperial Army’s February 11, 1979 declaration of neutrality in the course of the Revolution, revolutionary leaders suspected the Army of maintaining its loyalty to the exiled monarch of Iran. Therefore, the new leadership in Tehran brutally purged the Army in the immediate aftermath of the victory of the Revolution on February 12, 1979. Simultaneously, the revolutionary leadership embraced the emergence of revolutionary militias supporting Grand Ayatollah Ruhollah Khomeini. These armed militias were later united in a body called the IRGC, which the revolutionary leadership used to created a counterbalance to the Army and to defend the new regime against military coups. Khomeini did not authorize the dismantling of the Army, despite pressure from the Tudeh Communist Party, Mojahedin-e Khalq, and leading clerics such as Ayatollah Mohammad Hosseini Beheshti, and in the wake of the 1980 Iraqi invasion of Iran, the Army was given a chance to prove its loyalty to the new regime.

Apart from the early history of conflict between the Army and the IRGC, the rivalry between the two military organizations was institutionalized and perpetuated by their overlapping responsibilities enshrined in the Constitution of the Islamic Republic.

According to Article 143 of the Constitution, the Army is “responsible for guarding the independence and territorial integrity of the country, as well as the order of the Islamic Republic.” Article 150 of the Constitution, on the other hand, stresses that the IRGC must “be maintained so that it may continue it its role of guarding the Revolution and its achievements…[in] brotherly cooperation [with other branches of the armed forces]…”

While reference to “independence and territorial integrity of the country” may indicate that the Army is primarily tasked with defending Iran in the face of foreign aggression, the abstract notion of “guarding the Revolution and its achievement” may be a reference to the IRGC’s role in maintaining the ideological nature of the regime. However, in the wake of the Iraqi invasion, the IRGC and the Army were entangled in bitter conflicts over doctrine, competition for scarce resources, and unequal access to the political leadership — a conflict that has continued to this day.

The Army was, and still is, a classical military organization with classical doctrine. The IRGC was and still operates based upon asymmetric and “revolutionary” warfare. By the mid-1980s, the IRGC — to the great dismay of the Army — established in parallel its Ground Forces, Navy, and Air Force, but the difference in doctrine between the two forces continued. Army bases alongside international borders of Iran deter land invasion of Iran, while IRGC bases in Iran’s peripheral regions direct terrorist operations abroad; the regular Navy is designed to patrol the high seas, while the IRGC Navy’s fast boats harass the United States Navy and are tasked with patrolling the Persian Gulf and the Caspian Sea; the regular Air Force operates in the skies of Iran, while the IRGC Air Force is engaged in procurement and production of medium-range missiles.

Despite the fact that the Army is numerically larger than the IRGC, the Army is not as well-funded as the IRGC: According to the 2010–2011 National Budget, $4.8 billion was allocated to the Army, while $5.8 billion was allocated to the IRGC. Apart from the national budget, the IRGC and its many subsidiaries have direct access to Iran’s foreign exchange reserve, from which the Army is barred. Over the course of 2009–2011, the IRGC’s Khatam al-Anbiya (similar to the US Army Corps of Engineers) was awarded some $25 billion in contracts developing Iran’s oil and gas sector, while the Army did not enjoy such largess. The IRGC is also engaged in many other economic activities, both legal and illegal, which have made it one of the most important actors on Tehran Stock Exchange. The economic activities of the Army, in contrast, seem limited to several chain stores.

Every once in a while, the Army is awarded with sophisticated military materiel such as the Russian-built Kilo submarines purchased in the early 1990s, the domestically-produced frigate Jamaran, or a few medium-range missile systems; but as long as the IRGC remains the main agent of military procurement, and the engine of the Islamic Republic’s nuclear program, the Army can hardly compete with the IRGC when it comes to defense materiel. Establishment of the Air Defense Force as the fourth branch of the Army, to which even the IRGC Air Defense Force reports, may be a source of consolation to the Army, but this hardly corrects the fundamental imbalance between the Army and the IRGC.

The Army faces similar challenges concerning recruitment. According to open source material, the IRGC has the first pick of potential recruits. Combined with superior pay and brighter career prospects in the IRGC compared with the Army, the Army nearly always gets the second-best recruits.

The Army lost the political battle to the IRGC in 1979, and prospects of the Army improving its access to the political level seem unlikely under the present circumstances. Supreme Leader ‘Ali Khamenei has surrounded himself with a few Army officers as military advisers, but most of his military advisers seem to be former IRGC commanders and other high-ranking IRGC commanders. At the cabinet level, the difference is even more manifest. From 1979 to 1989 ,all Defense Ministers of the Islamic Republic were Army generals, but since 1989 — when the IRGC Ministry was dissolved — there has not been a single cabinet minister in the Islamic Republic who has been an Army veteran, while an increasing number of IRGC veterans have been appointed cabinet ministers.

At the time of the writing of this article, 13 out of 18 of President Mahmud Ahmadinejad’s cabinet ministers are former officers of the IRGC. At the parliamentary level the difference is even starker: A review of the social background of Iranian parliamentarians since 1979 reveals that not a single Army veteran has been elected to the Islamic Consultative Assembly, the Iranian parliament. All parliamentarians who have a military career behind them are veterans of the IRGC or the Basij militia.

The Army also seems to be subjected to a much greater degree of civilian control in comparison with the IRGC, which may be an additional source of animosity between the two forces. While the IRGC has established its own theological seminaries, such as the Martyr Mahallati University which trains ideological/political indoctrination officers (or commissars) and is, as such, asked to control itself, the Army is subjected to heavy political and ideological infiltration conducted by members of the clergy, some of whom may be the graduates of Martyr Mahallati University.

The question of prestige may not be as tangible as unequal access to funding, materiel, political access, or different degrees of civilian control, but it may be just as important as the other factors. The mass media of the Islamic Republic often depict the IRGC as the victor of the war against Iraq, and the IRGC generally enjoys far more press coverage than the Army, and popular culture, especially the Sacred Defense Cinema — previously the War Propaganda Office — of the IRGC pays little or no attention to the sacrifices of the Army during the war with Iraq. This lack of attention clearly lowers the prestige of the Army.

More than three decades after the Revolution, the Army and the IRGC remain entangled in a rivalry which the Army — should the hitherto trend continue — is bound to lose. Lacking proper funding, materiel, and qualified recruits; isolated from the political level; subjected to harsh civilian control; and losing its prestige, the Army of Iran is nothing but a shadow of its pre-revolutionary self. The Army has hitherto resisted attempts at integrating it within the ranks of the IRGC, but there is no guarantee that it will be capable of maintaining its resilience in the face of the ever-growing IRGC.