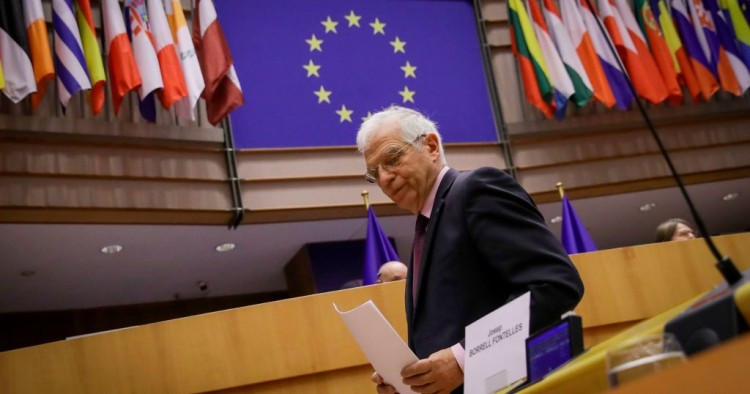 When the EU’s high representative for foreign affairs and security policy, Josep Borrell Fontelles, took office in December 2019, he emphasized the need to preserve the 2015 Joint Comprehensive Plan of Action (JCPOA) and cooperate with Iran. At the same time, he criticized then-U.S. President Donald Trump for maintaining extended sanctions — which in practice prevented leading European firms from concluding large contracts with partners in Iran — and for the U.S.’s withdrawal from the provisions of the treaty. This is not to say that Borrell was not critical of Iran too, on issues including internal human rights violations. The recent decision of the Council of the European Union to extend punitive measures against Iran for a further year in response to the country’s human rights violations only confirmed that Borrell can count on its support, and the EU itself is not willing to compromise on the issue of human rights, even if there are parallel talks taking place that could bring huge profits for European companies.

Negotiating a return to the JCPOA

Joe Biden’s November electoral victory in the U.S. and the resulting change of administration in January opened the way for the country’s return to the JCPOA — and with it the possibility for European companies to profit from working with their Iranian counterparts. The start of negotiations in Vienna was in line with the EU’s interests and aspirations. Yet just as the U.S. administration began negotiating a return to the agreement, the Council of the European Union extended sanctions on Iran that have been in force since 2011. This time around it also blacklisted senior Iranian police commanders and members of the Islamic Revolutionary Guard Corps (IRGC) responsible for the brutal suppression of public protests in 2019. In an official communiqué on April 12, it declared, “The Council today also added eight persons and three entities to this sanctions list in view of their role in the violent response to the November 2019 demonstrations in Iran. The list now comprises a total of 89 individuals and 4 entities.” The decision was in line with Borrell’s official declaration of Dec. 8, 2019, in which he stated that “for the European Union and its member states, the widespread and disproportionate use of force against nonviolent protestors is unacceptable.” At that time the EU stuck to making statements, but this time around it decided to move from words to deeds.

It should be emphasized that although the EU was not as determined to exert pressure on the Iranian authorities as the Trump administration was, and it defended the provisions of the JCPOA, it nevertheless attached considerable importance to the protection of human rights in the country at all times. The regularly extended decision of 2011 on sanctions is the best example of this. However, one may wonder why the Council decided now was the time to impose new sanctions on individuals, especially given that the decision refers to events that took place in 2019. In addition, these are the first EU sanctions imposed on Iran for human rights abuses since 2013.

Respect for human rights has always been an important element of the EU’s foreign policy. According to the bloc’s official stance, “Sanctions imposed by the EU in view of the human rights situation in Iran, support for terrorism, and other grounds are not part of the JCPOA, and remain in place.” However, the latest decision was implemented at a time when the U.S. is getting closer to rejoining the JCPOA and the related lifting of extended sanctions, which, as in 2015, may open the door to multibillion-dollar contracts for the largest European companies. The negotiations are complex and any wrong move might affect their outcome.

One of the people mentioned in the annex to the decision is the commander-in-chief of the IRGC, Maj. Gen. Hossein Salami. Visa bans and asset freezes were imposed on all sanctioned individuals. The reaction of the Iranian authorities to the EU’s decision was decisive and disproportionate: It decided to suspend cooperation with the bloc in many key areas. It suspended comprehensive talks with the EU, on issues including human rights, terrorism, drugs, and refugees. Most importantly, from the point of view of both the EU and the U.S., Tehran has not decided to abandon or slow talks relating to its nuclear program as of yet. This should not reassure anyone, however. Cooperation between Iran and the EU in the above-mentioned areas, in particular on counter-terrorism and migration-control processes, is very important for European security.

A question of timing

Having good intentions and making the right decisions are always important, but doing so at the right time is equally critical. The EU administration’s decision on Iran is good in substance, but very late or at least badly timed. It can be interpreted as an attempt to exert more pressure on Iran and to gain another bargaining chip for the bloc in the negotiations. For the time being, however, it has not affected the talks on compliance with the provisions of the JCPOA. This may be a testament to both the determination of the Iranian side to reach an agreement and the lack of serious alternatives.