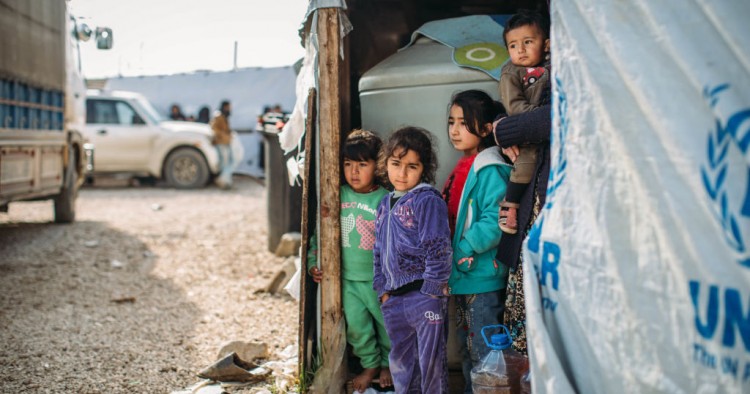 In May, the European Council adopted the 2018 iteration of the EU Annual Report on Human Rights and Democracy in the World, which summarizes all actions undertaken by various EU bodies and institutions. The EU is one of the main defenders of human right worldwide and promoting human rights has long been a priority for the bloc. It figures heavily in the list of objectives set out in the EU’s Action Plan on Human Rights and Democracy for 2015-19, and in 2015, the Foreign Affairs Council declared that the EU “will promote human rights in all areas of its external action without exception.” The policy is clear, but in practice this unconditional declaration doesn’t hold true across the board. The EU is selective about the human rights violations its analyzes, especially when it comes to the Middle East, creating the perception that it may be willing to turn a blind eye in some cases for political and economic reasons.

The main objectives of the Action Plan are to boost the ownership of local actors, address human rights challenges, formulate a comprehensive approach to conflicts and crises, foster better coherence and consistency, and implement a more effective EU policy to support human rights and democracy. The most recent report focused on such issues as democratic governance, freedom of expression and religion, torture and other abuses, the death penalty, gender equality, LGBTI rights, as well as racial hatred and discrimination.

According to the report, EU Special Representative for Human Rights Stavros Lambrinidis held only one human rights dialogue with a Middle Eastern state in 2018 — with Iran in November, as part of the broader EU-Iran political dialogue. The report also touched on the state of human rights in Syria. EU officials particularly highlighted shortcomings related to freedom of religion in the two states, as well as the rights of migrant children in Iran specifically.

However, the review did not limit its criticism to Iran and Syria. The authors noted gender inequality, systematic violations of international humanitarian law in Yemen and Iraq, as well as attacks on the minority Coptic community in Egypt and Yazidis in Syria and Iraq.

While the EU’s concern about these issues is laudable, it seems unlikely that Egypt, Yemen, Iran, Iraq, and Syria are the only states in the region home to human rights violations. What about Turkey, Saudi Arabia, Israel, or others?

Turkey is mentioned a few times in the report, but only positively. The document underlined the importance of its cooperation on border control and migration management, but there is no mention of the legal, social, or political repression taking place against the Turkish opposition. Even more conspicuous is the lack of any mention of Kurdish issues.

In the case of Saudi Arabia, the Europeans solely condemned its use of the death penalty — the same criticism they levelled against Iran, the United States, Pakistan, and Belarus. As a consequence, the report mentioned the kingdom only once in its 125 pages, failing to cover the issues of gender oppression, religious discrimination, and persecution of LGBTI persons. The same holds true for other states as well, namely Qatar, Kuwait, and Bahrain.

And what about Israel and the widespread violations against Palestinians? There’s no mention of that either. In fact, Israel is only referenced one time in the report — to note that it just signed the 2014 Protocol to the Forced Labor Convention. In short, going by the EU report, one would have a very selective impression of where human rights violations are taking place in the region.

According to the report, human rights played a role in EU policies related to mobility, trade, and development cooperation. In the case of migration, the EU praised Ankara for hosting close to 4 million refugees and underlined the significance of the multibillion-euro Facility for Refugees in Turkey, a joint coordination mechanism aimed at meeting the needs of refugees. On the trade front, no Middle Eastern state benefited from the advantageous commercial conditions mandated by the Generalized Scheme of Preferences (GSP) Plus agreement, which is designed to support sustainable development and incentivize human rights protections for laborers. For example, GSP Plus slashes selected trade tariffs to 0 percent for vulnerable low- and lower-middle income countries. This mechanism is to support economic development in developing states provided that their authorities respect human rights. The EU is clear in this case: “All GSP beneficiary countries have to respect the principles of fifteen core conventions on human rights and labour rights.”

In sum, the EU’s approach to international human rights promotion deserves recognition, but its selectivity and subjectivity are problematic. The body’s monitors should treat all Middle Eastern governments equally and criticize them when it’s warranted. Although it would be unfair to accuse the EU of taking sides in the aforementioned cases, there could be a perception that its officials ignored significant violations in EU partners like Saudi Arabia or Turkey for political or economic reasons, while taking a firmer stand on similar issues in Iran or Syria. A more robust report would condemn abuses wherever they exist. Ignoring the region’s enduring problems won’t help to resolve them.

Przemysław Osiewicz is a non-resident scholar at MEI and an associate professor at Adam Mickiewicz University in Poznan, Poland, specializing in EU policy towards the MENA region, Iran, and Turkey. The views he expresses are strictly his own.